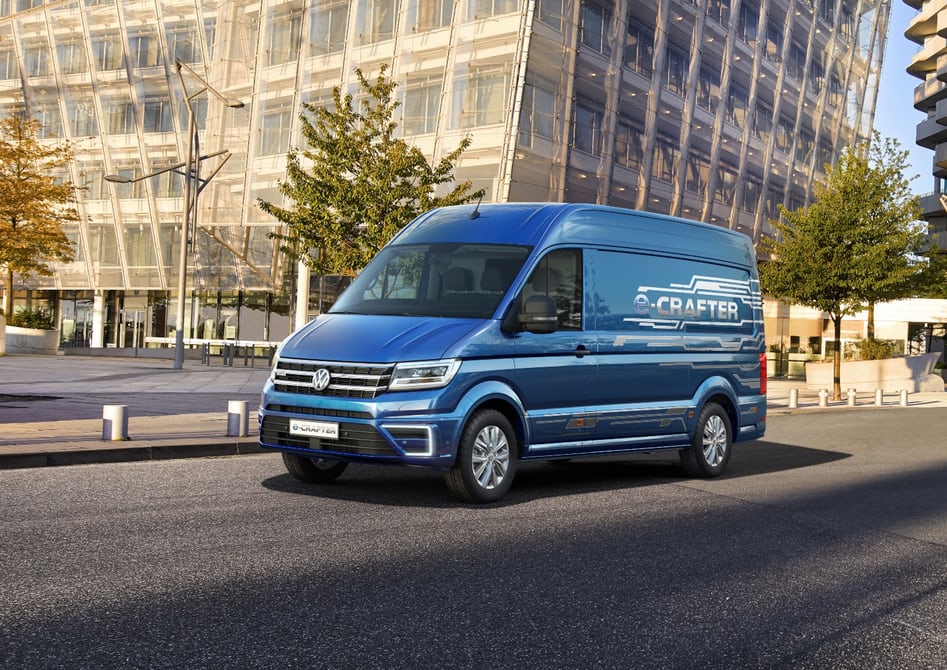 Electric vehicles have a huge range of potential applications, from ludicrous passenger cars to distribution trucks, but delivery vans running around the city stacks up as one of the best uses of quiet, zero-local emissions technology. With the new e-Crafter, launched today at IAA in Hannover, Volkswagen has turned to battery power for urban delivery duties on routes up to 200 km.

The e-Crafter has 100 kW (134 hp) of power and 290 Nm of torque, while top speed is limited to 80 km/h (50 mph), which should be plenty for operators carrying up to 1,700 kg (3,748 lb) on regular city roads, although it may prove problematic if drivers find themselves on faster moving highways and motorways.

The motors draw on a 43 kWh lithium-ion battery sitting under the load floor. Although range will vary based on the load being carried, Volkswagen is claiming the e-Crafter can cover up to 208 km (129 mi) on a single charge. Using a DC 40 kW fast charger, the battery can be topped up to 80 percent in just 45 minutes.

Although the current range is impressive, it’s just the tip of the iceberg when it comes to the e-Crafter’s potential. The van has been designed to accommodate future battery developments, meaning the current range could potentially be doubled as technology improves.

From the outside, there’s not a heap setting the e-Crafter apart from internal-combustion models. Alongside the special blue paintwork, there are distinct daytime running lights up front, and some blue pieces on trim in the grille. It’s a similar story inside, where swapping the rev counter for a “power meter” is the only real change of note.

The whole thing, from the cabin to the design, is quite utilitarian – but that’s the point here. Drone carrying, fully integrated electric concepts are exciting, but it’s bare-bones practicality that will get businesses to adopt electric vehicles. The e-Crafter is just a regular van with an electric powertrain, and that’s all most buyers will need.

The e-Crafter shown at IAA is just a pre-production concept, but Volkswagen says it’s almost production ready. Deliveries are slated for 2017.