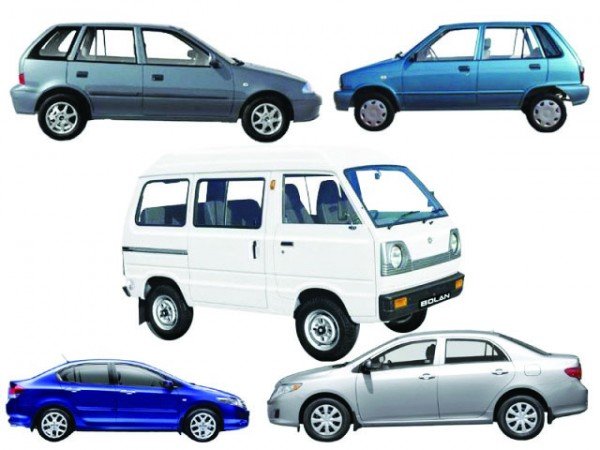 People willing to take a shift from two wheelers to owning of small cars do not have much options in 660-800cc vehicles since Daihatsu Cuore, Suzuki Alto, Hyundai Santro etc had become a history in the manufacturing book of the local auto industry.

Pak Suzuki Motor Company Limited (PSMCL) had unveiled Wagon R 1,000cc from April 2014 after a gap of almost two years while consumers had still been awaiting any replacement of Cuore for the last two years.

In the meantime used car imports mainly small cars proved a bit relief to some extent but after change of age limit to three from five years coupled with cut in depreciation limit the import of used vehicles had plunged sharply, thus closing another option for the buyers of 660-800cc vehicles. Due to change in age limit, low engine power vehicles became unaffordable for many people owing to their high prices.

The Indus Motor Company (IMC) appears so far reluctant in introducing new 800 or 1,000cc vehicle as its management feels that it is unfeasible to roll out low engine power vehicle because of high price factor.

The above figures reveal that only Honda Civic and City remained the highest selling cars besides proving disastrous for struggling Toyota Corolla in terms of its flat sales.

However, the IMC now looks more determined to recover its past glory of highest sales of Toyota Corolla by introducing new models of Corolla with a bang for which it invested $100 million in technology transfer and production facility improvements.

IMC commenced taking customer’s order from July 16 for 1,800cc Corolla Altis Grande, the 11th generation Corolla which has been completely redesigned around the concepts of elegance and class-above prestige.

IMC has announced booking for the new model Toyota Corolla on partial payment of Rs 500,000.

High engine power car makers are more hopeful that the sales of such vehicles will remain ahead of low engine power cars in the current year and Corolla is expected to take a big slice from the market share of Honda cars initially.

Sales will depend on the cash crops like wheat, cotton, rice, sugarcane etc as good crops encourage growers to purchase new vehicles.  Besides, sales prospects also appear positive in view of rising corporate and MNCs buying coupled with lifting of cars by traders and business community. Government’s buying despite austerity measures may also remain brisk in the current fiscal year.

As long as demand from filthy rich class remains high, the future of costly locally assembled cars is bright but there are limited varieties for the middle income group who want to switch from two to four wheelers.

IMC claims to have got overwhelming response for its costly Altis as buyers rushed to the showrooms to book the car despite subdued demand in Ramazan.

It is to be seen what Honda Atlas does in bringing model change in Civic and City to take an edge in sales over new Toyota Corolla.

Mehran’s high price and obsolete designs compel many people to take the risk of purchasing used 660-800cc vehicles. Pak Suzuki has not changed its design, interior and exterior since 1990 and only head lights and front grill are changed. The company took more than two decades to change to engine from Euro I to Euro II last year. It seems that buyers  have now realized that purchasing Mehran is not a good decision when the markets offer five year old car with much additional features, new designs, colors, centre locking, power windows, attractive dash board etc at slightly high price than Mehran.

Nobody knows as to why the government has not checked the assembler of Mehran for rolling out decades old and outdated Mehran for more than 20 years.

The government and the relevant ministry should seriously ask the assembler of Mehran to end its production in Pakistan and introduce new 800cc model either Alto or other vehicle.

Prime Minister Nawaz Sharif in his speech at 37th exports award of FPCCI on February 08, 2014 and PAPS auto show of PAPAM on March 6, 2014 in Lahore had expressed his wish for a complete Pakistani made car besides doubling exports of Pakistan.

He informed business advisory council, comprising of business and trade representatives, which would meet with government officials at least after every three months, while Prime Minister Nawaz Sharif and the relevant minister would also sit along with them and all business related matters would be sorted out, besides taking policy decisions on the spot to improve trade, exports and industry.

However, it seems that nothing serious has been done so far which is evident from the Auto Industry Policy (AIP) which was lying in the cold storage for the last six to seven months. Due to slow pace of work at the ministries and other departments – it is too early to see the implementation of the PM’s dream for a complete Made in Pakistan car. Pak Suzuki, which is the oldest assembler, has failed to materialize this dream as Suzuki Mehran’s localization level has been stagnant at 70 per cent. Its price had been raised frequently due to change in rupee-yen-dollar parity.

After getting support of PAAPAM, Pak Suzuki has been taking up the case for many months urging the government to allow import of six HS Code, being CKD parts only, by removing them from the negative list of items importable from India.

PSMCL has informed that they do not desire any change in duty structure for import of CKD Parts from India. Specifically, import duties of CKD Parts and A-max parts under SRO 656 and SRO 693 should remain same whether import is made from Japan or India or any other country.

The benefits highlighted by PSMCL are lower costs of CKD, Introduction of new models, technology transfer / joint ventures in parts manufacturing and possibility for exports.

However, EDB is of the view that the above mentioned proposal is not specific to the vehicles of Pak Suzuki Motor Company Limited, as the afore-said HS Codes are universal for all vehicles. Hence removing of these HS Codes would imply opening up imports of aforesaid CKDs of all vehicles from India.

Market sources said that Pak Suzuki has its own agenda regarding trade with India while other manufacturers offer different view. It means that there is no voice of the local car assemblers under the platform of Pakistan Automotive Manufacturers Association (PAMA).

Market people feel that there is no harm if the government accepts Pak Suzuki’s proposal as it would at least bring down the prices of cars besides resulting in introduction of new models at par with Maruti Suzuki. Reduction in prices of small engine power will also help a number of people who want to move on four wheelers from two wheelers.

The government, the concerned ministry and Board of Investment should reach those car assemblers either European, Korean or Chinese who are making 660cc cars. At least these cars can run 20-22km per liter of petrol almost equal to CNG consumption in brand new 800cc car.

A number of people are plying used 660cc vehicle and they are happy enough due to its petrol consumption.

However, Pak Suzuki is again lucky after getting orders for supply of 50,000 vehicles to Punjab government.

PSMCL, having over 50 per cent market share, has entered into an agreement with Bank of Punjab for sale of 50,000 units of Suzuki Ravi and Suzuki Bolan Van under “Apna Rozgar Scheme” of Punjab government. These vehicles will be supplied from October 2014 to October 2015 which is bound to improve the company’s earning by 13-20 per cent.

Punjab government has allocated Rs 25 billion for the taxi scheme in its 2014-2015 budget.

The government did not have any second option to buy the small cars other than Mehran due to non availability of small cars in Pakistan. It is worth to mentioning  here that people who take the opportunity of different government offer schemes also do not have any other option to use/buy locally assembled small car.