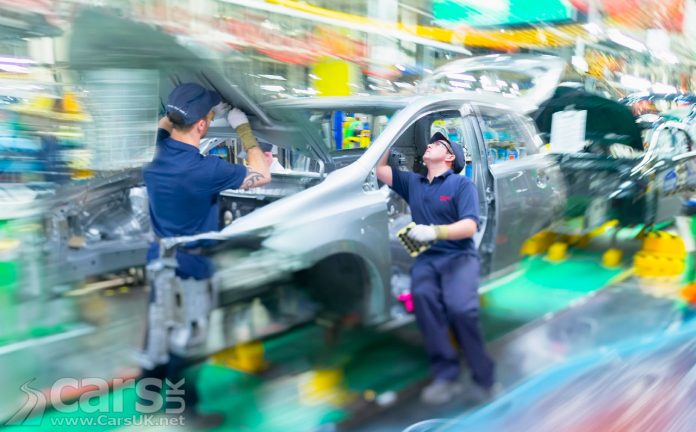 Toyota has started production of the Suzuki ACross – a new SUV for Suzuki based on the Toyota RAV4 – which is heading for Europe.

As car makers look for more and more ways to co-operate and save cash, it was no surprise to learn last year that Toyota is going to build cars for Suzuki.

The plan was to build a new Suzuki SUV to sit above the SX-4 using the hybrid Toyota RAV4 as the basis, and although we don’t yet know whether the new Suzuki SUV – which looks set to be the Suzuki ACross – will be more than just new badges and grille, production has now started.

According to Just Auto, production of the RAV4-based Suzuki is now underway at Toyota’s Plant in Japan, and the completed cars are destined to be sold in Europe, and will help Suzuki cut its average CO2 thanks to the RAV4’s hybrid powertrain.

But it’s not just a Suzuki based on the RAV4 that’s in the offing, but a Toyota Corolla Estate Suzuki-fied too.

When the plans were announced last year, Toyota said the plan was to build the Corolla Estate for Suzuki in the UK – at Toyota’s Burnaston Plant where the Corolla is already built – with it too destined for sale in the UK and Europe. So expect to learn soon that its production will start before the year is out.

The Suzuki ACross is expected to go on sale later this year, although it may be early in 2021 before the ‘Suzuki Corolla’ arrives.