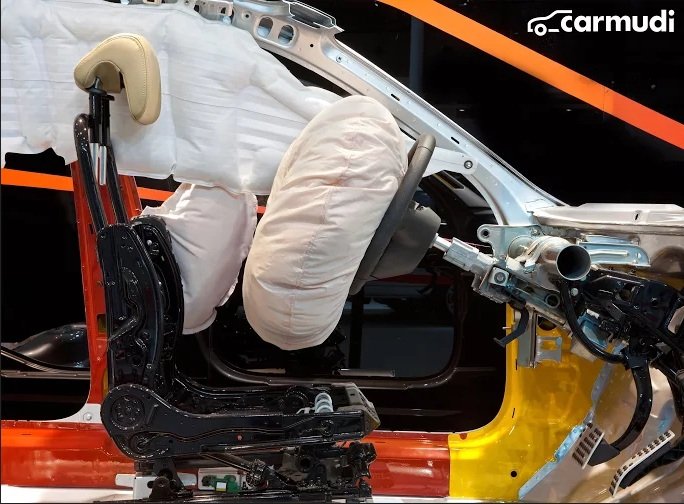 Total Recall: Defective Airbags Linked To 6 Deaths And Over 100 Injuries

Berlin, Germany — May 27, 2015 — Last year, General Motors Company issued recalls that cost a staggering $4.1 billion. Today, Takata Corp. is under the pressure from safety regulators over its defective airbags linked to at least five deaths and more than 100 injuries. And it could take Takata Corp. years to fully resolve the problem.

Carmudi, the easiest means to sell or buy your car online, has searched every nook and cranny to bring you the recall disasters of the auto industry. From Mazda’s nightmare with gasoline-loving spiders to Ford’s bizarre problem of random flying doors.

Most car manufacturers have experienced recalls to some extent and whilst most have tried to operate quick and silent recalls in an effort to minimize backlash with customers, sometime it’s just impossible to keep on the low. This is most true for Takata Corp. and with approximately 53 million cars already affected by the defective airbags of Takata Corp., this makes it the largest auto recall and largest consumer product recall in history.

Despite a 15% growth in sales, the cost of recalling millions of cars seems to have tipped Takata Corp. into the red and there are fears of worse to come. We are already seeing a dive in its share prices which leaves Takata with a net loss of $244 million so far. Notably, Takata Corp. was under the fire in 1995 when it was involved in the seat belt scandal which affected almost 8.3 million cars worldwide.

Auto recalls are not a new thing. In fact, Ford Motor Company recalled 21 million cars in 1980 for a transmission problem that meant its cars could shift out of park. And earlier this year, Ford had to recall 389,585 cars for doors that could potentially fly open.

When it comes to auto recalls, General Motors has no doubt suffered the biggest nightmare. To date, General Motors Company has recalled around 8.4 million vehicles worldwide, mostly for faulty ignition switches which is thought to have resulted in at least 13 deaths and several injuries.

In 2014, Japanese automaker Suzuki recalled 184,000 cars that GM built for it in South Korea and that Suzuki sold in the United States.  In the same year, GM recalled 218,000 Chevy Aveos due to risk of overheating and fires. However, this was nothing compared to when Ford issued recalls for 14 million vehicles in 1996 for similar defects.

Toyota is another car manufacturer that felt the high heat when it was forced to recall 10 million of its vehicles in 2009 for problems with ‘unintended acceleration’. The company later agreed to pay $1.2 billion for hiding the problem from customers despite being aware of it beforehand.

Perhaps the most frightening example of a recall was when Mazda issued recalls for 42,000 of its sedans in 2014 due to vulnerability of its 2.5 liter engines to spider nesting. This wasn’t the first time Mazda had a problem with spiders. In fact, the Japanese car manufacturer actually has a history with so called ‘Gasoline-loving spiders’.

Disturbingly, family oriented vehicles, like minivans and SUVs, are at the highest risk of having an outstanding recall. The problem is that car manufacturers are required to get in touch with owners regarding recall notices within two months of a recall decision telling them they need to get their vehicle fixed for free, but people either ignore those notices or have already sold their cars and the information was left outdated.

It seems that with so many car manufacturers hit by auto recall disasters over the years, the next big recall is only around the corner. To prevent it from happening, there will need to be stronger legislation, adequate enforcement budgets and tougher standards. Also, auto companies can introduce whistleblower protection inside their company so engineers who don’t want to risk their careers can go to an independent ombudsmen inside the company and get confidential exchange of information which will save the company a lot of trouble.

If you are looking for safe and reliable vehicles, you’re in luck! You can browse and search thousands of car listings on www.carmudi.com or simply download the Carmudi app to find it on the go.