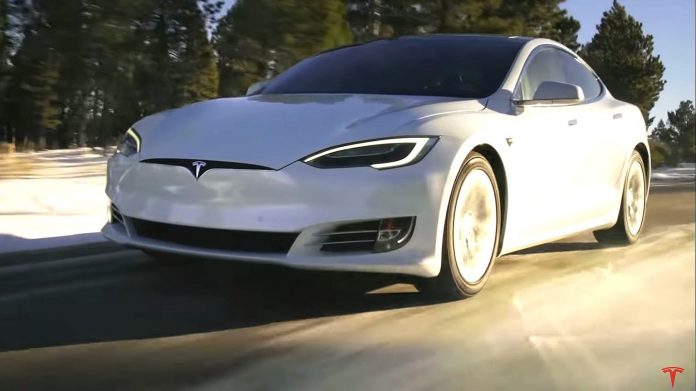 Tesla’s 50-billion-yuan (U.S.$7 billion) giga-factory in Shanghai is expected to commence operations at the end of this year. It is the company’s first such-scale facility outside the United States.

The electric car-making giant briefed about the progress in building the giga-factory at a signing ceremony for intelligent connected electric vehicle projects which was held at the China (Shanghai) Pilot Free Trade Zone’s Lingang Special Area on September 26.

Tesla has explained the main part of the factory in Lingang has completed construction. Workshops for metal plating, painting and assemblying are ready for production. The first car body has been delivered to the assembly line for further processes such as painting and installing moving parts.

Tesla CEO Elon Musk wrote in a Twitter message on September 25 his company “is building a major engineering team in China, including heavy focus on software/firmware for factory and car.”

In its wanted ad posted on Tesla’s official WeChat account on September 2, the company said it has opened eight job vacancies in China, which are all technical positions.

Tao Lin, the global vice president of Tesla, said it took the company only six months from signing contracts in July last year with the municipal government of Shanghai to break ground in Lingang. The first cars are likely to roll off the assembly line by the end of this year. The progress exemplified the efficiency of the special area in Shanghai, she said.

Lingang Special Area, where Tesla’s factory is located, was officially included into the Shanghai FTZ on August 20 with a focus on high-end manufacturing industries such as integrated circuits and bio-medicine.

During the signing ceremony on September 26, the local administrative body of Lingang signed agreements with 24 intelligent connected electric vehicle projects that cover manufacturing, application, services and functional platforms. The total investment is worth 8 billion yuan.

The local administrative committee will choose the most innovative projects with scientific research capabilities and industrial application prospects to link different industries with the help of functional platforms. The purpose is to create a globally influential electric car industrial cluster, the deputy director said.

Public information showed the total industrial output of carmakers and car parts manufacturers reached 38 billion yuan in Lingang last year, surpassing the electric equipment industry to become the sector with the highest yield in the area.

At this time, Lingang has set up an area of 7 square kilometers for closed tests of unmanned intelligent connected vehicles. The open road test for driverless cars in Lingang extends some 26 kilometers.

Yuan Guohua, chairman of Shanghai Lingang Holdings Corp., said the special area’s administrative committee has come up with 50 favorable policies in late August to support the development of the automotive industry through measures on listing and equity investment.

Tesla’s Tao said that Lingang has become a dream place for the company. As more favorable policies are introduced, Tao said Tesla would like to strengthen cooperation with all parties in the development of intelligent connected technologies and the promotion of electric vehicles.

Loader Rikshaws not being approved in Punjab due to weak policies...