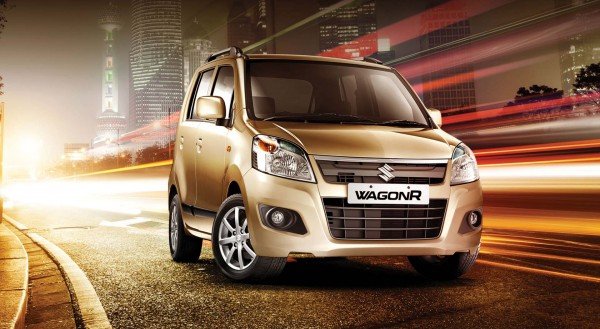 At a time when Pak Suzuki Motor Company Limited (PSMCL) unveiled locally assembled Wagon R in the third week of April 2014 in Lahore, the government, as per media reports in first week of May, has reportedly decided to cut customs duty on import of up to three-year-old automobiles of various engine capacity under various schemes.

This kind of situation reminds of a shock faced by Adam Motors when it introduced a locally assembled small car and suddenly the then government reduced import duties on used cars or liberlised used car imports. As a result the project became a history.

At least the government must have considered before further liberalizing import of used cars that a leading car assembler, having over 50 per cent market share, has introduced a new car. The company has also planned to introduce more cars like Suzuki Alto 800cc and Swift new version in case the government allows import of parts and accessories from India.

The Wagon R looks stunning in its looks and interior design but it is to be seen how the Pak Suzuki new car is going to survive in a market where thousands of used cars of few years old are parked in the showrooms of used car dealers.

It may noted here that Suzuki Swift got a huge response from the buyers after its launch but for the last few months the sale of this car has been going flat. It suggests that people usually review various options whether to buy imported used three year old Toyota Vitz, Passo etc or locally assembled Suzuki Swift due to limited price difference.

However, decline in imports of used cars is a good sign for the local assemblers to bring more new cars in Pakistan.

The silver lining in the introduction of this Indonesian version vehicle is the full back up support of parts and services coupled with warranty which the people do not find in purchasing used cars.

However, used cars especially of three to five years old of Toyota, Honda, Daihatsu, Nissan etc definitely enjoy an edge over Wagon R due to their extra features. But hopefully Wagon R will definitely lure the buyers especially those who prefer locally assembled cars due to after sales service and easy parts availability in the markets.

Hopefully Wagon R because of its design, advance engines, features and dazzling colors will prove a good addition in the Pak Suzuki family and fill the vacuum created by the ouster of Suzuki Alto. Pak Suzuki is already facing problems due to declining sales of Suzuki Mehran and Suzuki Swift. Cultus has been doing well so far.

Besides, Wagon R price also looks attractive which may  force many buyers of used cars to switch over in bringing zero meter Wagon R due to full parts and service back up.

Mr. Hirofumi Nagao, Managing Director Pak Suzuki on the occasion of Launch of Suzuki Wagon R in Pakistan on April 18 said that Suzuki Wagon R has successfully travelled all over the world and got appreciations from the customers worldwide.

The journey started from 1993 when 1st Generation of Wagon R was launched in Japan. This redefined the compact car concept in Japan and became one of the most popular models in a quick span of time.  Based on the extraordinary response the Wagon R was introduced in other countries including India and Indonesia and it gained enormous response.

He said Wagon R is considered as a Star Product in Suzuki Motor Corporation portfolio and has won many appreciations and awards. It Maintained Status of Best Selling Car in Japan Consecutively for six Years.

He was optimistic that the Wagon R will not only exceed the expectation of the Pakistani customer but will redefine the compact car customer motoring requirements.

In line with the customer requirement, the company has kept fuel efficiency as the top priority. Wagon R is equipped with the world famous Suzuki K Series engine which is incorporates excellent compression ratio, is less on noise, light weight and is extremely fuel efficient.

Wagon R with its modern design, spacious interior is designed to provide utmost comfort and convenience and offers a practical solution to the motoring needs of the customers.

He hoped Wagon R would go a long way in satisfying customer needs and will soon become a talk of the town and household name in Pakistan.

He said Pak Suzuki Motor Company is categorized as one of the most prestigious overseas distributors of Suzuki Motor Corporation, Japan. We firstly entered the Pakistani market in 1972 and our local production started in 1975. Since then, Pak Suzuki Motor Company is keeping over 50 per cent market share in automobile category. In the year of 2013, we recorded to sell 2.69 million Suzuki automobiles across the world as the maximum numbers in the past. Of this, 77 thousands units were sold here in Pakistan and it made Pakistan to be the 5th largest country in the world for Suzuki automobiles.

This result is truly outstanding and clearly reflects the Pakistani customers’ confidence in Suzuki automobiles, he said.

As a marketer this spirit and customers trust keeps us going and gives us the inspiration to introduce new models in Pakistan, he added.

Since 1993, when we launched Wagon R in Japan, it is the Brand that has special position in the Suzuki Portfolio. Last year we celebrated this memorial 20th anniversary, and could achieve 4 million of total domestic sales of Wagon R as a proof of to be loved vehicles for 20 years long by Japanese people.

He hoped that Wagon R will cater to the requirements of Pakistani customers and very soon will become the most popular car in its segment.

Suzuki Motor Corporation will continue to recognize Pakistan as one of the most important markets and will keep providing newer and newer models to enhance the customers way of life.

The two above executives did not mention about the localization level of local parts in Wagon R. The company must have invested in rupees or other currency for the introduction of new car but the speech of the executives were silent on this.

For many Pakistani customers, who were already looking forward for a replacement of decades-old Mehran 800cc model with a new 800cc car, must be feeling disappointed as the company introduced 1,000cc instead of 800cc model.

It means that customers will have to wait for more years and keep purchasing outdated Mehran which does not exist in any country of the world.

Mehran is almost same as it was first introduced in Pakistan in 1990. Only the head lights, front grill, back light, left side of dash board etc have changed which is not an achievement in terms of localisation of parts. The company took decades in rolling out Euro II engine in Mehran from last year. The entire design outlook has been maintained since 1990 and no governments have taken any action against the company rolling out outdated design.

The Pak Suzuki must have recovered the cost of jigs and fixtures and other investments made in Mehran but miserably the deletion level in Mehran had come to halt at 70 per cent for many years instead of crossing 90 per cent since 1990.

The company continued to enhance the prices of Mehran three to four times a year since 1990 linking to exchange rate parity thus suggesting that no serious efforts were made to improve localization.

Perhaps the company looks confident even if its sales are falling as at least Mehran is still an option for those who cannot afford Daihatsu and other small engine power used cars…..

Toyota GR Yaris base version in Japan has only 118 HP...