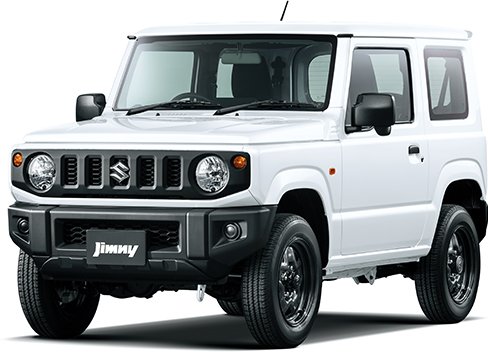 Suzuki motors has finally stepped up to the competition in the auto market. According to an official announcement, Pak Suzuki Motors will be introducing 4th generation Jimny 1500cc in the market. The introductory price of this car is 3,890,000 Pkr; this price tag is for a limited number of cars in stock. However, it will only be available in manual transmission and will be seen on the road in the next 4 months.

Suzuki Jimny was first presented by Suzuki in 1970, it was the first four-wheel light drive jeep introduced by Suzuki. It was famous for its small but powerful two-cylinder 359cc engine. Then after 11 years, they introduced the 2nd generation followed by a 3rd generation after 17 years. Finally, in 2018 they launched their 4th generation. It was first introduced in Japan on the 5th of July. It quickly became a global sensation for its retro style and boxy design.

Finally, after a year later of being introduced in the world auto market, is now being launched in the Pakistani market by Pak Suzuki motors.

Taking a look at the car the first thing that attracts is the classic boxy design. It features circular headlamps, multi-slate front grille and wide bumper which give its front fascia a dominating stance. The side profile of the Jimny features pronounced wheel arches along with simple yet stout character lines. Similarly, at the back, it comes with the spare wheel mounted on the boot lid among other aggressive aesthetic components.

The 4th generation Jimny has an abundance of features packed inside the car. Some of these are the audio controls mounted on the steering wheel, the touchscreen media panel, and automatic climate control and power windows for a start. The black interior brings out the elegantly constructed controls of the car. The spacious cabin is proof of an upgrade as compared to the previous model and also it provides comfort and convenience to the passengers. The ample storage space in every corner of the cabin along with down to earth design and luggage space makes it’s an ideal candidate for people looking for a traveling car.

The 4th generation Jimny comes with a robust 4-cylinder 1.5L K15B petrol engine with 16-valves. This 1.5-liter unit is capable of churning out 105 hp of power along with 138 Nm of peak torque. It delivers powerful off-road performance with the bore and stroke of (74×85) mm. The 3-door retro-styled jeep possesses a 5-speed manual and 4-speed automatic part-time 4WD (ALL GRIP PRO) transmission. The unrivaled agility and rigid ladder frame of Jimny allow you to explore the off-road adventures with higher performance and improved fuel efficiency under a gear in which shifting to 4L mode helps you in the off-road traveling with maximum torque and traction.

The 4th generation Suzuki Jimny a heavy machine with a length of 3840mm meanwhile the length and width are 1720mm and 1645mm. With 4 people seating it also offers great luggage capacity and an ability to store 40 liters in the fuel tank. The reason we say that it is the perfect car for adventure lovers is that the amazing exterior elements support the claim. The led headlights are armed with washers which make it easy to drive the car in a muddy and dirty condition. The front and rear bumpers are enhanced with angular edges which allow enough clearance for wheels to drive through road obstacles. The spare tire is quiet the plus for driving on Pakistani roads.  The fog-shaped lamp, square-shaped side mirrors, and tire safeguards are the features the car is equipped with which will help you along with your travel escapades.

While driving on dangerous roads, the foremost thought that comes to mind are the safety features. The car is equipped with all of them; which include SRS dual airbags which will help you during accidents. Some of the modern safety features are total effective control technology (TECT), traction control, Electronic Stability program and many others.

So if you are planning to buy this car, better gear up as the bookings will begin soon with a tentative delivery time of 120-150 days. The cars will soon be seen on the Pakistani roads.