Pak-Suzuki has announced Suzuki Cultus 2016 is going to be replaced with Suzuki Celerio 2016.

Pak Suzuki has been in the market since long. It has enjoyed several successful glorious years of increasing sales trends. However, in recent times with the new trends in auto industry and usage of social media, consumers’ taste has changed as Suzuki since quite a while, has not been innovative in the Pakistani market.

It has been producing Suzuki Mehran in the market since 1980’s and has not introduced several changes in the model since its launch.  The sale of Mehran hence has now faced a declining sales trend.

Due to several new variants developed by the competitors catering to different target markets, the consumers now have a wide choice to choose from and it’s hard to say that Suzuki Mehran has hardly remained a choice for them.  If we consider each factor leading to consumer choices, we will find that for instance in the case of efficient fuel consumption we now have hybrid cars, and we now also have several options for economically budget constrained consumers.

Hence, in the current market scenario Suzuki having discontinued its Alto, no innovation in Mehran, the failure of Wagon R, is having quite a tough time.

To recapture what’s lost and get back in the action again Suzuki has decided to replace its Cultus with the all new Maruti Suzuki Celerio. So much to its excitement, the new Celerio would feature a 3-cylinder engine which is known to be K10B. This new engine is the K-Next series. It doesn’t have a clutch pedal and hence, would provide an ease in shifting gears without the effort of pushing on the pedal.

Speculators say Celerio would be a huge success and its sales would reach new heights. The designers of Suzuki have tried to develop the Celerio as a similar model to Suzuki Swift.

Maruti Suzuki Celerio would add to the large Suzuki automobile model as compared to its competitors and would provide a sense of innovative touch to the current portfolio so as to develop a perception of the corporate brand of Suzuki as keeping up with the changing trends among its target market.

Keeping in view the race for market share in 1000CC cars, the competition is also keeping up as Toyota  recently has also announced to assemble Vitz and Vios in Pakistan which would not only reduce the cost of these models but would also increase the buyers’ confidence as now there would be no need to import Vitz having no surety of how much its value is depreciated before being previously reconditioned, also not to mention the import duties levied on these cars because now they would have the opportunity to buy a brand new model from within Pakistan and that too at a cheaper price.

Likewise, Honda is also keeping up and is introducing the all new HR-V subcompact crossover.

Hence the competition in the upcoming years 2016 will be much more intense as these big car manufacturing giants with vast economies of scale would fight over capturing the market with new offering but this too would benefit the target market as previously mentioned hence good news for the car folks especially those interested in buying a 1000CC car. 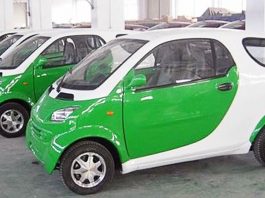 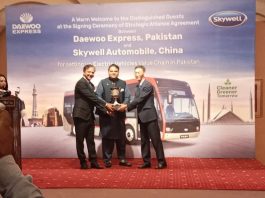 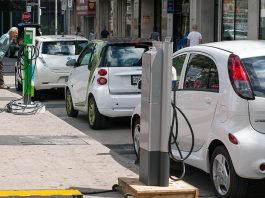