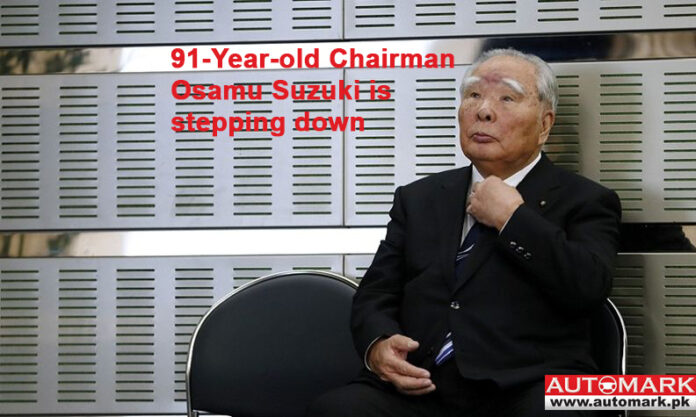 Suzuki Motor’s 91-year-old chairman, Osamu Suzuki, is stepping down after leading an automaker for longer than anyone else in the industry.
Suzuki, who was the Japanese automaker’s CEO for 22 years and then chairman for another two decades, will step down from his current role following a shareholders meeting in June, the company said in a statement Wednesday. He will remain as a senior adviser.
With almost half a century at the helm, Suzuki is widely credited with turning the automaker into what it is today: one of the largest small-vehicle manufacturers in the world.
Instead of taking Japan’s biggest auto giants like Toyota head on, Suzuki worked to grow the company by finding new markets around the world for its compact automobiles, building a dominant share in India during his first of two terms as president from 1978 to 2000.
The nonagenarian also steered the company into alliances with two of the world’s biggest automakers, Volkswagen and General Motors, though those ultimately failed.
His departure comes one week after Honda’s CEO Takahiro Hachigo said he would resign effective June, underscoring the churn the Japanese auto industry is currently undergoing.
Japanese automakers are beginning to recover from a tough pandemic-marred year, but even as demand revives, they are struggling to meet sales targets amid a global chip shortage.
Suzuki is targeting a profit of 160 billion yen ($1.5 billion) for the fiscal year through March, down by about a quarter from the previous year’s 215 billion yen.
Suzuki had ceded his title of president to his son Toshihiro Suzuki in 2015, easing market uncertainty about management succession at the automaker.
The company’s shares are up 4 percent this year.