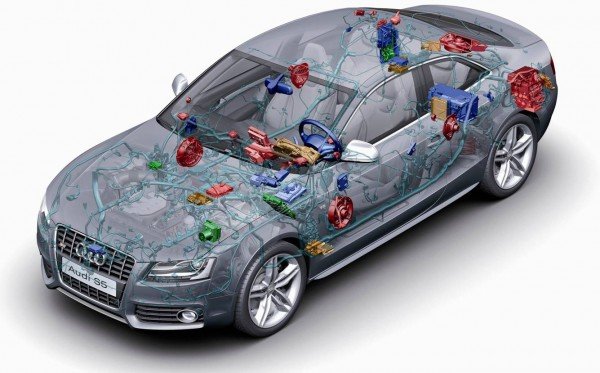 The future outlook for local auto sector in terms of sales growth appears quite healthy in view of some decisions taken in federal and provincial budgets 2014-2015.

One of the most encouraging news was the cut in general sales tax (GST) on tractors to 10 per cent from 17 per cent which is bound to boost sales in the current fiscal year as price cut by Rs 30,000 to Rs 90,000 will encourage growers/farmers.

Another booster for the auto industry and its vendors came from the Punjab government which allocated Rs25 billion for the taxi scheme in its 2014-2015 budget which will improve the profitability of Pak Suzuki Motor Company Limited having over 50 per cent market share.

“Although details of the short-listed manufacturers are yet to be announced for the scheme, we see high probability of Pak Suzuki’s (PSMC) selection,” JS Research reported

“The leading local car manufacturer will provide vans/pickups which will be used as taxi in rural areas for mass transportation,” Sherman Securities said. If short listed, the yellow cab scheme can lift PSMC’s expected earnings in year 2014 and 2015 by 13 to 20 per cent, as earnings impact is likely to be spread over its Jan-Dec  reporting period. On a standalone basis, rough estimates suggest an annualized earnings impact of Rs10 per share for the company.

The contract of taxis may be given to Pak Suzuki Motors (PSMC) and Al-Haj FAW (local assembler in partnership with Chinese FAW group), as both are capable of producing small pickup-vans. Though the Chinese group is capable of producing vehicles like FAW X-PV and FAW-Carrier, which are slightly cheaper than the vehicles produced by PSMC, it is expected that PSMC remains a major beneficiary given its huge capacity and long association with the Punjab government in earlier schemes.

“Earlier in 2012, the Punjab government, under its taxi scheme, had given an order of 20,000 cabs to PSMC. The cabs produced under the scheme had 60 per cent share (12,000 units) of Suzuki Mehran and 40 per cent (8,000 units) of Suzuki Bolan. Though this time, the government has quoted over 50,000 cabs to be distributed; however, based on current market prices and same proportion of Mehran and Bolan (60%:40%), it is estimated that 38,000 to 40,000 cabs would be distributed to fully utilize the Rs25 billion allocated for the project”,  BMA capital reported. Hopefully all vehicles will be distributed during within three years.

In contrast, the Sindh government had decided to provide 7,000 tractors in the current fiscal year.

Besides, short-term triggers, there are medium-term triggers which may lift overall sales of auto and allied which are,

Huge expansion in road network is anticipated in next few years which is considered to be a backbone of the economy. Pakistan’s road network which carries over 92 per cent of inland freight, any improvement will flourish service sector and eventually generate demand for autos and allied products. The present government  in collaboration with Chinese companies, will establish China-Pak Economic Corridor by the end of 2017 with total cost of $5-7bn which will be mainly funded by consortium of banks including China Development Bank, and Export-Import Bank of China. These projects include, Karakorum Highway (Raikot-Islamabad via Mansehra), Karachi- Lahore Motorway (Multan-Sukkur section) and Gawadar East Bay Expressway.

It is generally seen that economic slowdown has spill over impact on auto- industry. Pakistan’s auto-industry which is operating at only 30 per cent of its capacity, is down almost 30 per cent compared to 6 years back.. This is primarily due to the fact that Pakistan’s GDP on an average grew by only 3 per cent in last 6 years compared to previous 6 year average GDP growth of more than 6 per cent. With midterm plan to raise GDP growth to 7 per cent as envisaged by government under 11th Five Year Plan , 2013-18, which signals revival in auto industry as well.

Stability in Pak Rupee versus the dollar also anticipated to positively impact auto sector as it may protect their gross margins.