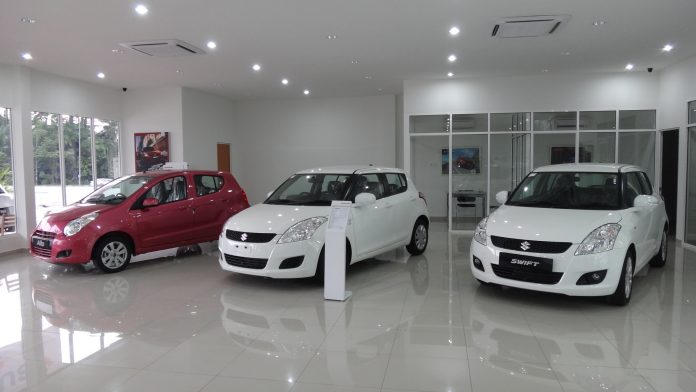 Honda Atlas Cars may not face any serious sales loss as most of the buyers are filers, a dealer claimed adding Honda cars are popular in urban areas mainly due to its class and executive looks while growers and land lords in rural areas prefer Toyota Corolla and Suzuki vehicles.

The government’s decision to stop non filers from buying cars may prove a good step to net tax dodgers in the long run but it may not suit the new entrants who have invested $800 million to assemble cars and other vehicles in the next one to two years.

When existing car assemblers are set to lose 60 per cent non filers as their major buyers out of total sales after the implementation of decision from July 1, 2018 then what will be left for the new entrants in the shrinking auto market size.

New entrants from Korea, China, France and Japan must have prepared feasibility report before entering the Pakistani market to grab a slice and then aim to improve their market share. Bracing up for a big competition existing players have planned new models besides recently enhancing production capacity of their existing units to compete with new players.

The auto market will be more challenging and tough for new players especially after erosion of 60 per cent non filers. As a result, low sales and production volumes may play havoc with the financial health of new players and many fearing to survive may shelve their investment.

It is feared that existing assemblers and their vendors may start offloading sizable number of workers due to dwindling production and sales from July 2018 which they always do in time of crisis. They hire additional workforce when sales and production of vehicles soar.

The new investors are coming up to cash the soaring demand of light commercial vehicles but unfortunately their buyers in rural areas are non filers and even do not hold any bank account. This would be another setback for the new entrants.
The decision of stopping sale to non filers does not apply on used cars trade on which local assemblers are not happy as the decision falls on new locally assembled and new imported vehicles. They said the demand of used cars will rise when non filers will switch over to buy used vehicles and black money will find way into used car business with more volume. As a result, the industry sales will suffer badly while used car sales will thrive.

Banks will also feel the pinch of losing non filers as their main buyers as the share of car financing has grown up in the last two years following drop in interest rates and surging vehicle demand.

Honda Atlas Cars may not face any serious sales loss as most of the buyers are filers, a dealer claimed adding Honda cars are popular in urban areas mainly due to its class and executive looks while growers and land lords in rural areas prefer Toyota Corolla and Suzuki vehicles.

Assemblers of Toyota and Suzuki vehicles are more worried than the producers of Honda.

To avoid any future complications, Indus Motor Company (IMC) and Pak Suzuki Motor Company (PSMC) have stopped taking booking of vehicles from all the ‘non filers’ including individual and all corporate customers where delivery time is July 2018 and on wards.

Assemblers have urged the customers to change their status as tax filers. Many individuals are not in the active tax payers’ list while there are many customers who had booked a vehicle and are expecting delivery after June 30, 2018.

For customers orders in hand with non tax filer status, scheduled for deliveries up till June 2018 and currently awaiting balance payments, assemblers have asked the authorized dealers to contact every customer individually. Failure to do so will result in delayed vehicle deliveries or order cancellation.
For customer orders in hand currently with non tax filers status and vehicle deliveries scheduled for July 2018 and onwards, dealers are asked to approach each customers to change their status to tax filer.

MADE IN PAKISTAN – YAMAHA WIN’S RACE IN GOOD LOOKING NEW...