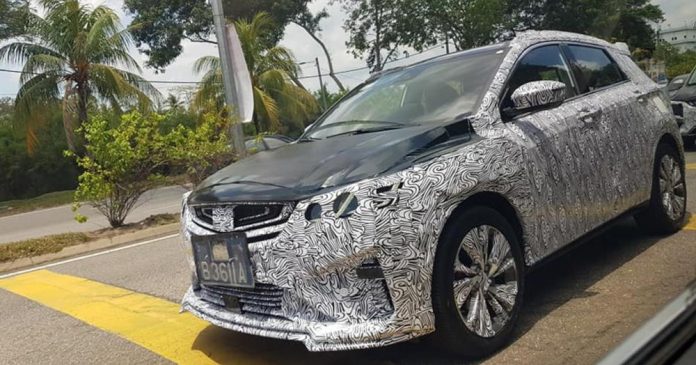 Just two months after the debut of the Geely Boyue-based Proton X70, it appears that Proton is busy testing another upcoming model.

This time around, our friends over at Automachi published photos of the Geely Binyue somewhere in Melaka.

As evidenced by its prominent rear wing and quad muffler tips, seen here is the Sport variant of the Geely Binyue.

To recap, the Geely Binyue rides on the company’s new BMA platform, with two engine choices available. The first is a 1.5-litre turbocharged three-cylinder petrol that does 177 hp and 255 Nm, hooked up to a 7-speed dual-clutch transmission. The other engine is a 1.0-litre turbocharged three-cylinder that outputs 134 hp and 205 Nm, mated to a 6-speed manual transmission.

Geely also mentioned that the Binyue was tested extensively across Asia, Africa, Europe, and North America, clocking over 12 million km for the engine and more than 6 million km for the dual-clutch transmission, ensuring the powertrain’s reliability across the globe.

Considering the quantum in price gap between the Binyue and Boyue in China, Malaysian consumers can expect the upcoming Binyue-based Proton model to have a ballpark price very close to that of the Perodua Aruz (Priced from RM 72,000).
When the model is launched later this year, it will be challenging the likes of other subcompact SUVs, such as the Honda HR-V, Mazda CX-3, and Toyota C-HR.