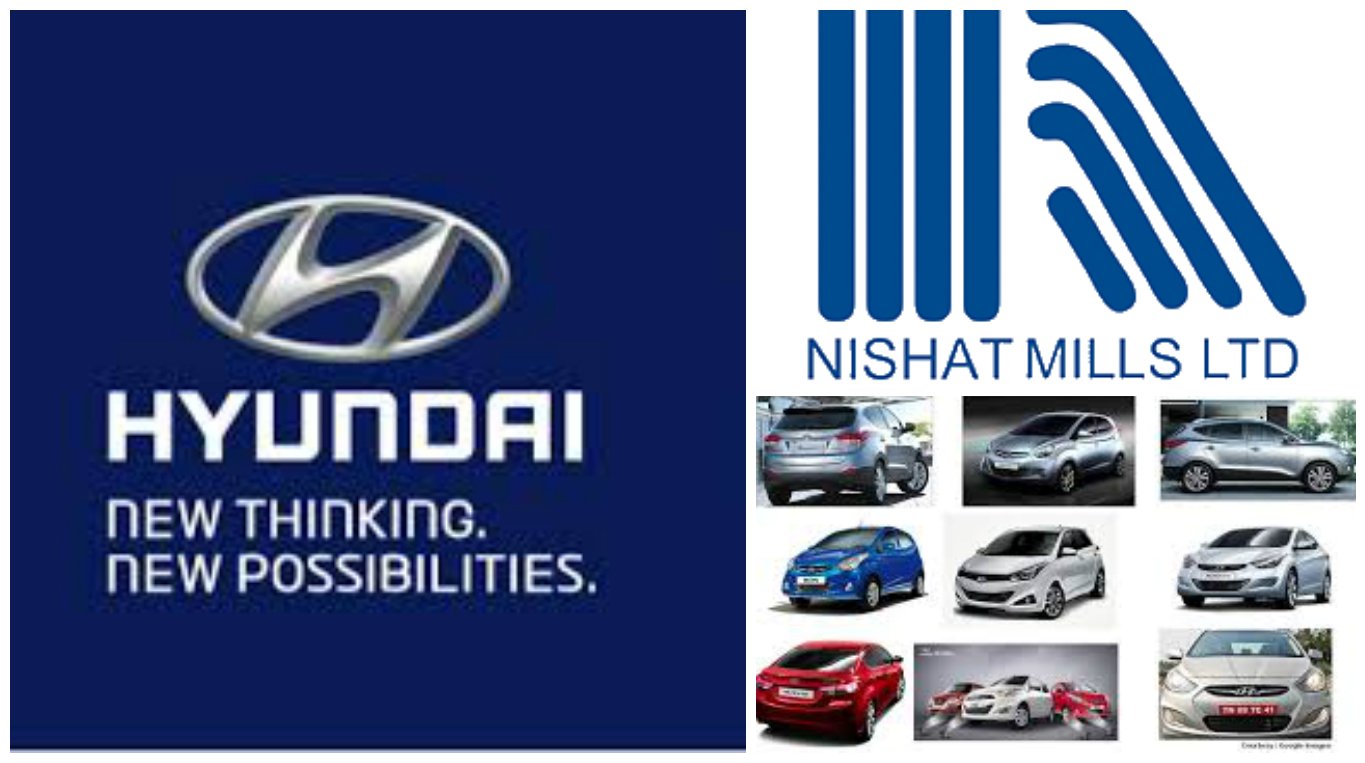 Hyundai used to assemble cars in Pakistan until 2004 but withdrew after their local partner Dewan Farooque Motors Limited went into financial turmoil and forced to close the operations of its automobile assembly plant.

The following announcement was made by the Nishat Group.
“The board of directors of Nishat Mills Limited has resolved to enter into a memorandum of understanding with Hyundai Motor Company (HMC), Seoul and Sojitz Corporation, Tokyo for negotiating and establishing a framework for setting up a green field project for assembly and sales of HMC passenger and one ton range commercial vehicles in Pakistan,” said a notice issued to the Pakistan Stock Exchange.

“The (South) Korean car maker wants to first start the assembly of small cars that could compete with the existing (Japanese) assemblers already operating in this market. Local; partner i.e Nishat group is trying to convince them to also bring electric and hybrid cars.

The group has already acquired the land for the plant near Faisalabad and will invest $120 million in the project. Nishat Group will have 42% stake in the new company with Millat Tractors holding 18% and Sojitz Corporation – a Japanese firm, 10%. The remaining share holding will go to country’s stock market.

Besides, there is still a huge demand of automobiles in Pakistan. “Pakistan’s car penetration of 13 vehicles per thousand persons is significantly lower than the regional average of 162”. The report said there is a strong potential for automobile growth due to higher disposable income and low interest rate environment.

Nishat Group
Nishat group of companies is a premier business house of Pakistan. The group has presence in all major sectors including Textiles, Cement, Banking, Insurance, Power Generation, Hotel Business, Agriculture, Dairy and Paper Products. Today, Nishat Group is considered to be at par with multinationals operating locally in terms of its quality products and management skills.

Nishat Mills Limited is the flagship company of Nishat Group. It was established in 1951
The Company’s production facilities comprise of spinning, weaving, processing, stitching and power generation.

Now Nishat Mills is officially moving into the automobile industry through its union with Hyundai Motors. The Nishat Group, owned by the Mansha family has its toes in banking, cement power, and many other sectors and now is broadening its horizons by entering into the auto industry.

The chairman of the group is Mian Muhammad Mansha who is a prominent Pakistani industrialist and entrepreneur with major businesses setup in Pakistan. With decades of success to his credit, he is among the highest tax paying individuals in Pakistan. He is also the Chairman of MCB bank and Adamjee Insurance Company.

Nichimen and Nissho traced their history back to three trading company titans who played an instrumental role in the development of modern Japan. These trading companies existed, in some form, throughout the opening of Japan, the industrial revolution of the Meiji and Taisho Eras, the nation’s postwar recovery, and its rapid growth thereafter:

For more than 150 years, their business has helped support the development of countless countries and regions. Today, the Sojitz Group consists of approximately 400 subsidiaries and affiliates located in Japan and throughout the world, developing wide-ranging general trading company operations in a multitude of countries and regions.

Hyundai Motor Company
H.M.C is a South Korean multinational automotive manufacturer headquartered in Seoul, South Korea. The company was founded in 1967 and, along with its 32.8% owned subsidiary, Kia Motors, together comprise the Hyundai Motor Group, which is the world’s fifth largest automaker. However Hyundai was forwarded as small construction firm by Chung Ju-yung in 1947.

Hyundai is itself the fourth largest vehicle manufacturer in the world. Hyundai operates the world’s largest integrated automobile manufacturing facility in Ulsan, South Korea, which has an annual production capacity of 1.6 million units. The company employs about 75,000 people worldwide. Hyundai vehicles are sold in 193 countries through some 5,000 dealerships and showrooms.

The company’s first model, the Cortina, was released in cooperation with Ford Motor Company in 1968. When Hyundai wanted to develop their own car, they hired George Turnbull in February 1974, the former Managing Director of Austin Morris at British Leyland. He in turn hired five other top British car engineers. In 1975, the Pony, the first Korean car, was released, with styling by Giorgio Giugiaro of Italy, Design and power train technology provided by Japan’s Mitsubishi.

Hyundai Pony was also imported in Pakistan in limited quantity but could not be successful because of Japanese brands domination in Pakistan market.

A local importer / distributor M/s. Kandawala Motors, introduced as a cab was the Excel sedan by Hyundai Motors. The car came with a 1.3-liter petrol engine which is very economical yet powerful. Hyundai Excel had simple gear box which is better because it has five-speed manual transmission.

Hyundai had a unique thing which other cabs didn’t, this round shaped taxi sign resembling M.A Jinnah tomb in Karachi. While most of the cabs have been privatized, you can still spot handful Hyundai Excels yellow cabs in Karachi. Unfortunately the yellow cab scheme was badly failed but it becomes a fortune for Hyundai as Hyundai name as a good car, was registered / established into the Pakistani customer’s mind.

In the year 1994 DFML launch first Hyundai vehicle in Pakistan. It was a light commercial vehicle with One Ton load capacity. DFML gives it local name “Shehzore”, It is called “Porter” in Korea. The launching of this vehicle becomes a success symbol for DFML. Shehzore became market leader in its segment and defeated Toyota Hiace which was market leader at that time.

DFML was the part of Dewan Group, Dewan acquired Pakland Cement in 2004 for Rs. 1.1 billion in cash soon after which Dewan group started to post losses cascading into problems for the entire group in just 24 months. Things kept turning from bad to worst and by 2008 were vanished from mainstream news. Dewans were eventually declared the defaulters of over Rs. 45 billion. Resultantly assembly and marketing of Hyundai vehicle in Pakistan was also stopped.

The following was officially announced by DFML in September – 2016.
“Dewan Farooque Motors is restarting its production by end of October 2016, according to an official announcement made to shareholders on Monday. Dewan Farooque Motors will be manufacturing vehicles of different segments under toll manufacturing arrangement for which the installations of jigs and fixture are in the process for assembly plants. The company also has entered into a toll manufacturing agreement with Daehan—Dewan Motor Company, which is a joint-venture between Yousaf Dewan Companies and KOLAO Group based in Lao PDR and South Korea. The revival would likely to see the re-launch of Shehzore 1-Ton single rear wheel truck and Shehzore 1-Ton truck. The company planned to launch passenger cars, light commercial vehicles and SUVs in collaboration with KIA Motors Korea in years to come”.

In current scenario both Korean automobile giants i.e Hyundai and KIA officially tied up with Nishat Group and Y.B Group. Now the question is how can DFML will be able to re-launch “Shehzore” which is basically a Hyundai product.