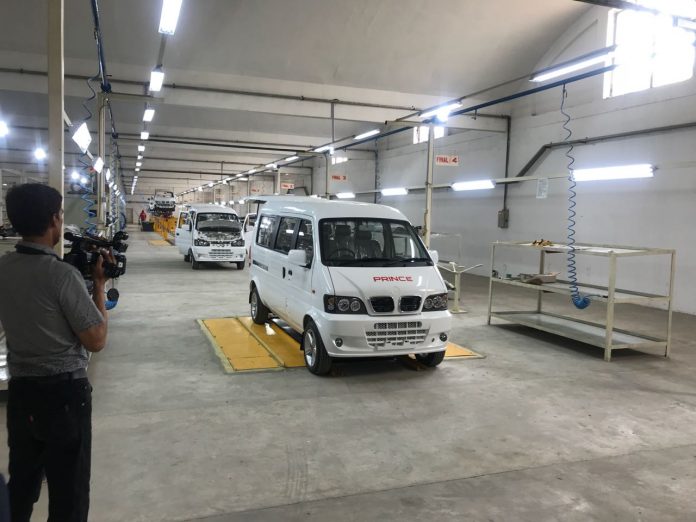 RAIL, Pakistan’s third largest bike assembler company created its assembly plant in Lahore back in April 2018. The plant established with an investment of 800 million to produce light commercial vehicles and vans. The company signed a technical partnership agreement with China’s DFSK Group to develop vehicles under the name Prince. The company is supposed to locally produce DFSK vehicles originating from China, under the ‘Prince’ brand name. DFSK (Dongfeng-Sokon) comes under the umbrella of Dongfeng Motor Corporation, the state-owned auto giant considered as one of the “Big Three” Chinese automakers. Recently, Engineering Development Board (EDB) under Ministry of Industries & Production has issued a license to Regal Automobile Industries Limited to assemble & manufacture the 1.0 litre Pickup and Minivan after verification of their in-house assembling facilities. Now, the company is going to roll out two local models of K series: K01 997cc and K07 997cc. The DFSK K01 is a 997cc commercial loader which will compete against the likes of Suzuki Ravi and FAW Carrier while the DFSK K07 is a 997cc 7-seat minivan which will rival the Pak Suzuki Bolan and FAW X-PV. RAIL also unveiled Prince DFSK Light Glory 580 at the event which was launched in Pakistan in April 2018. The 6-seater was developed after the Rail Autos received the greenfield status under the Automotive Development Policy 2016-21 to develop vehicles under the brand name ‘Prince’ in Pakistan. The brand previously known for assembling motorbikes announced about the new journey at Pakistan Auto Show 2018. The 7-seater is equipped with a 1.5-litre turbocharged engine mated to a CVT transmission that produces 147.4 hp and 220 Nm of torque. The fuel tank is capable of storing up to 58-liter of fuel. The Glory 580 SUV also features Front Dual Airbags, Electronic Brake Assist (EBA), Adjustable Steering Wheel, Electronic Parking Brake (EPB), ABS, EBD, Parking Camera, Dual-tone Horn, etc. The Glory 580 SUV has been priced at PKR 32.5 lac.