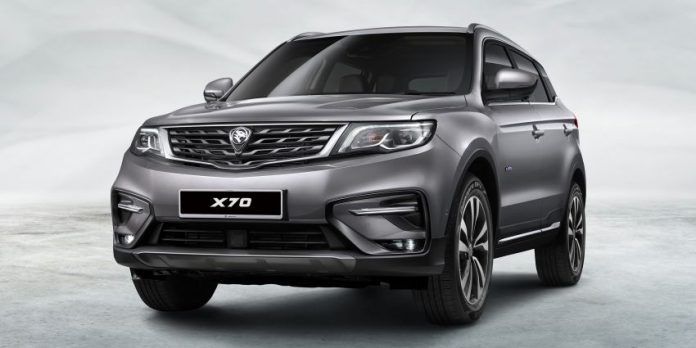 Weeks away from the official launch of Proton’s first ever SUV, and a closed-door viewing at the company’s headquarters in Kuala Lumpur, finally revealed crucial details of the car, as well as the name, which is X70. The new model will be sold through qualified Proton sales outlets only.

To start, there will be four variants on offer, starting with the base Standard 2WD, Executive 2WD, Executive AWD and Premium 2WD. All variants will feature a 1.8 litre TGDi turbocharged four-cylinder petrol engine producing 181 hp and 285 Nm of torque.
Design-wise, it’s pretty much the same as we’ve come to expect, seeing the number of times the X70 has been leaked. Up front, it gets a unique winged grille design with three horizontal bars that converge into the Proton badge, and the entire piece is encased in thick chrome surrounds. Very little cosmetic changes have actually been made, because the bulk of work has been to convert it from left-hand drive to right-hand drive – the Boyue is the first Geely model to be converted to RHD. 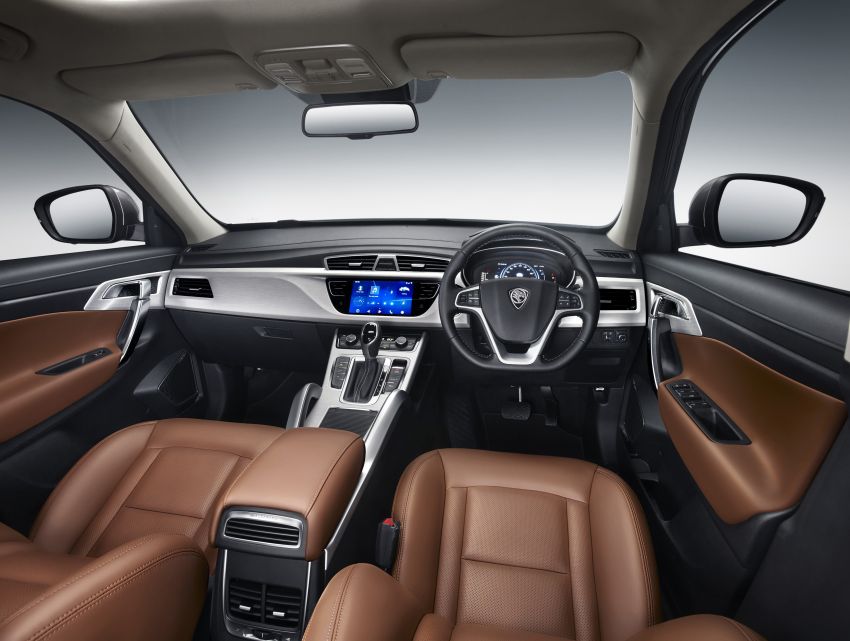 Proton’s head of design, Azlan Othman, had earlier said the reason for the minor cosmetic tweaks is to speed up the X70’s market introduction, but more visual changes will come in the CKD version, which is slated for a mid-2019 arrival.

Inside, again, things remain fairly similar to the Geely Boyue facelift, on which the X70 is based on. There’s brown Nappa leather on the seats, door card inserts and steering wheel (on the Premium model, Exec get black synthetic leather), automatic dual-zone climate control and a widescreen 8.0-inch touchscreen infotainment system (1,920 x 720 pixels) with 4G connectivity. Auto headlights and wipers are also on.

There’s also voice recognition support (designed with Malaysian English in mind), as ‘demonstrated’ by our premier Tun Dr Mahathir, as well as a fully-digital and configurable instrument panel, which is a first for the Proton brand. 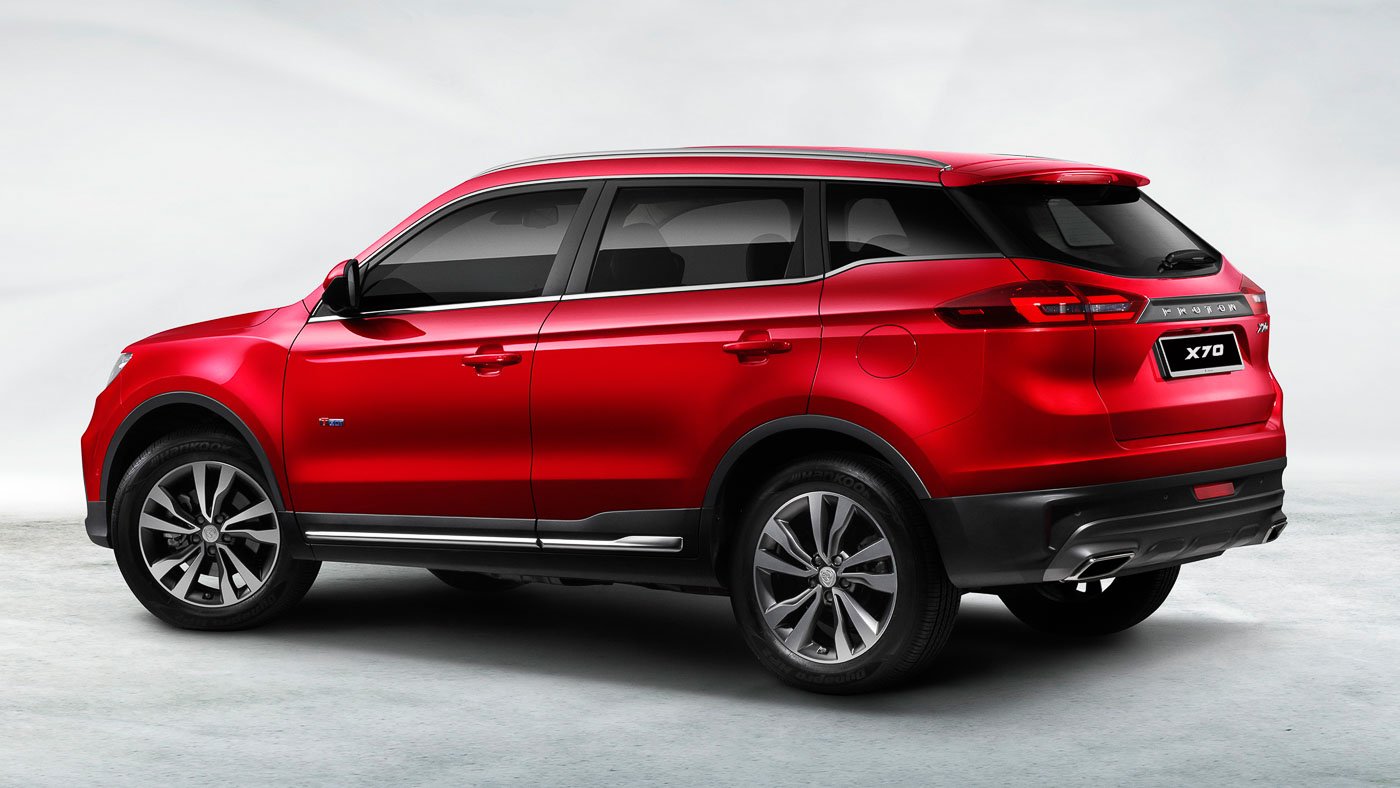 Decorative trim and material include brushed silver and wool inlays on the dash and silver grab handles. There’s also an Infinite Weave design element found on the door handles and speaker grilles. Elsewhere, there are rear air-con vents and a full-sized panoramic glass roof, but the latter is only available on the top variant.

According to Yang Jun, VP of group engineering at Geely, the X70 will not be short on technology and equipment. Other features include a 360-degree camera, which shows a 3D view of obstacles surrounding the car, as well as a forward-facing camera at the top of the windscreen to enable the car’s driver assist systems. These enable functions such as autonomous emergency braking and adaptive cruise control. The X70 will also come with a blind spot monitor.

Also on are the “Smartphone Remote Control” and “Smart Air Purifier” features, the latter in reference to the “Air Cleaner” system that can be found above the rear air-con vent between the front seats. A tyre pressure monitoring system is also on the equipment list, and safety kit will include six airbags.

Other amenities include USB charging ports for the front passenger seat, two more at the back of the centre console, as well as another port behind the rear-view mirror, for those who want to install driving video recorder (dashcam). On the top-spec Premium, the front passenger seats are powered with Toyota Camry-like shoulder controls to boot, while a rear subwoofer is present under the boot floor, sandwiched between the space-saver tyre.
In terms of performance, the output seen on the 1.8 litre TGDi turbocharged four-cylinder petrol engine – which uses Shell oil as the recommended lubricant – is the highest tune available for the petrol-powered Boyue, and the mill is mated to a six-speed automatic transmission. There are front-wheel drive or all-wheel drive versions to be had. According to the energy consumption label found on cars in China, combined fuel consumption for a TGDi front-wheel-drive Boyue weighing 1,690 kg is 7.8 litres per 100 km (12.8 km/l).
So far, the available exterior colour options as we can tell are Flame Red, Snow White, Armour Silver, Jet Grey and Cinnamon Brown. As for the name, Proton adds that ‘X70’ was the most popular choice from almost 90,000 participants that voted in the company’s poll, accounting for 60% of the total votes.

So far, the national automaker has 77 test vehicles in its fleet and has performed up to 300 vehicle tests and over 500 vehicle system tests on the car. Approximately 750,000 man-hours have gone into the making of this model, and the test mule has clocked over two million kilometres of reliability testing.