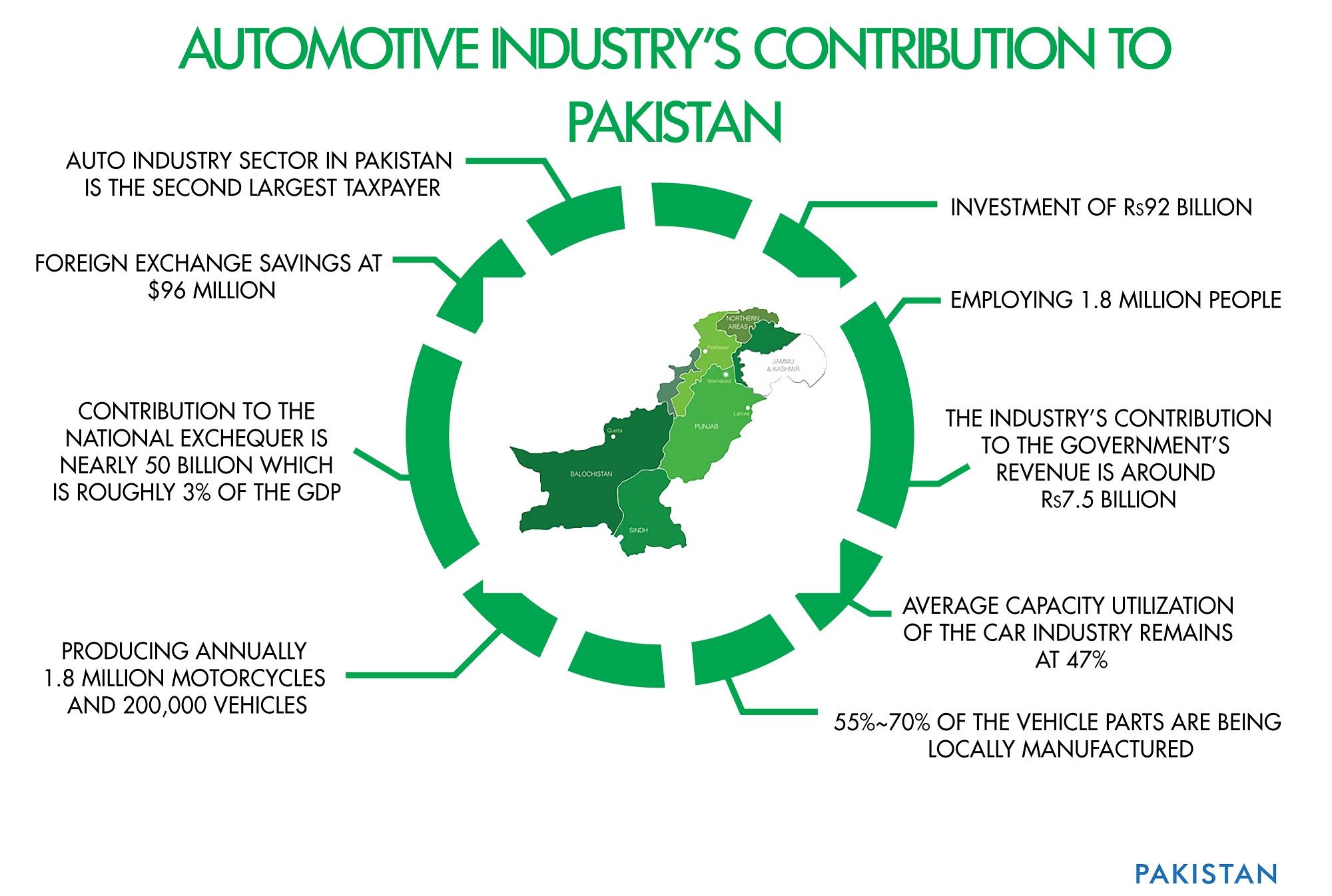 The Economic Survey 2016-2017 is full of praise for the Engineering Development Board (EDB) by counting various initiatives taken by the strong arm of Ministry of Industries.

The Survey came out in May 2017 otherwise if it was issued in June, it would have ignored the EDB as the EDB has been hitting the headlines of various print media in June regarding its closure over poor performance and creating hurdles for new entrants.

EDB is the apex government body under Ministry of Industries and Production entrusted to strengthen engineering base in Pakistan.
The Board focuses primarily on the development of engineering goods and services sector on modern lines enabling it to become technologically sound and globally integrated.

If the EDB is really an impressive government’s organization as praised by the Economic Survey then what has suddenly gone wrong that the Prime Minister Nawaz Sharif is now determined to close down the supporter and promoter of country’s engineering sector.
Surprisingly only Pakistan Association of Automotive Parts and Accessories Manufacturers (PAAPAM) has come for the rescue of EDB to some extent, otherwise the strong lobby of Japanese bike and car assemblers – Pakistan Automotive Manufacturers Association (PAMA) has kept a mum so far.

Why PAMA is playing safely and PAAPAM is taking keen interest to shield EDB is surprising as both have their interest and lobby in the EDB.
Chairman Association of Pakistan Motorcycle Assemblers (APMA), Mohammad Sabir Sheikh, offering a different view, said the EDB operates under the Ministry of Industries and Production but it is so powerful that it sometimes it looks “God Father” of its own Ministry.

He said the EDB has a good backup support from strong auto mafia of Pakistan especially three car assemblers and one Japanese bike assembler. The EDB supports these four players and in return the four players support the Board.

He said these four players are also responsible in using various SROs in their interest on which EDB is one of the main promoters of supporting discounted SROs.

Formed under a Prime Minister’s executive order, EDB has been notorious in introducing deletion programs under which no new industries were set up especially car industry and only few players enjoyed a complete monopoly for the last many decades, APMA chief recalled.

Then Tariff Based System (TBS) came in 2006 but the EDB kept amending SROs every year due to which the system became a failure and only few companies were benefitted, he said.

The PML-N government had given new Auto Policy 2016-2021 but in the last one year the EDB had suspended approvals for issuing new production certificates, IOR, permission for importing machinery for plants on zero penalty, APMA chief said.
“I think there is no need to keep EDB alive for the support of auto sector as this department is not entertaining the industry but is actually giving threat to small and medium units,” Sabir said.

The FBR should issue S Form directly to the auto sector for the import of CKDs, raw materials, assemblies, sub assemblies, components and sub components instead of issuing of IOR and production certificates/production quotas through EDB.

Some of the corruption can be gauged from the fact that the Ministry of Industries and the EDB had always been in forefront in supporting wrong practices of the old car and bike players. It had never taken any strict action against late delivery of vehicles ranging between three to four months to the buyers coupled with heavy premium being charged by the authorized dealers of local car assemblers. The EDB’s top brass had never raised their eyebrows over frequent increase in prices of cars and even two wheelers by the assemblers when demand soars.

Pak Suzuki has been rolling out decades-old models since its inception but the Ministry and the EDB had never enquired as to why Suzuki Mehran, Ravi, Bolan etc, which do not exist in the world, are still being assembled in Pakistan. There are no safety standards in these vehicles and consumers cannot access their price in other countries through website as these are only assembled in Pakistan.

For the last two to three years, Honda bikes have become extraordinary items which are not available in showrooms despite their record breaking production. Its authorized dealers are openly charging extra premium in order to make a quick buck. The dealers are giving 30-45 days time to the buyers who book Honda bikes since these are not readily available on spot sales.

Coming back to other vehicles, sources said that most of the new entrants, who have applied for Greenfield projects mainly are worried as the EDB officials are excusing them to deal their cases after reports of EDB closure.

Anxiety prevails among the new entrants as to which government’s department or relevant ministries will deal their new investment cases as no department has solid background of dealing auto sector previously.

They said so far the government has notified disbanding EDB but the officials of the EDB have stopped entertaining new investors as well as old players.
At a time when the fate of EDB hangs in balance, the Ministry of Industries recently granted permission to three new companies out of nine companies to set up their vehicle assembly plants. The cumulative investment to set up assembly plants under Greenfield investment by United Motors Private Limited, Kia-Lucky Motors Pakistan and Nishat Group stands at $372 million.

The Ministry is scrutinizing the documents of other applicants. The decision comes days after the Prime Minister’s Office decided to abolish the EDB on allegations of corruption and creating hurdles in the way of setting up new car manufacturing.
The government awarded the Category-A Greenfield Investment status to United Motors (Pvt) Limited for assembly/manufacture of vehicles covered in the exclusive contract agreement, says a notification issued by the Ministry of Industry. Similar notifications have also been issued to two other companies. These firms had submitted detailed business plans and relevant documents to the EDB for assessment.
United Motors would set up a plant with Chinese collaboration. The Nishat Group will be in partnership with South Korea-based Hyundai Company and Lucky Cement would also collaborate with another South Korean firm, Kia Motors.
It is surprising how the Ministry of Industries can grant approval directly as Auto Industry Development Committee (AIDC) is responsible in giving green signal to the new entrants. First the companies apply in the EDB and after proper scrutiny the EDB refers the case to the AIDC where all stakeholders unanimously approve or reject the case.

The AIDC had mentioned in the minutes that it had received application for investment from United Motors, Habib Rafiq Limited, Kia Lucky Motors Pakistan, Pak China Motors and Khalid Mushtaq Motors in green field projects. As per AIDC minutes no decision was taken on the above projects.
The new Auto Policy 2016-2021 had lured new players, barring European companies, due to tax incentives to new entrants. Sources said in one of the cases two Chinese assemblers are fighting for the rights of introducing a vehicle. Master Motors claims its right while its opponent also claims the right of Forland brand. EDB tried to solve the issue by seeking copies and relevant original agreements.

Surprisingly, when Forland products had already been closed down in China then why a leading Chinese vehicle assemblers is making hue and cry.
In China – many well organized assemblers have given the rights to other companies to make products. Anybody can enter into technical and manufacturing agreements with them.

Chairman PAAPAM Mashood Ali Khan said the government is shutting down the EDB and the decision was taken in a meeting in which stakeholders from the engineering industry were not invited.

Unfortunately, during the last two years tenure of the outgoing CEO EDB, the above strength of EDB was totally eroded by this specific individual, due to his incompetency, inadequacy and malfeasance. His maladministration exceeded all limits, as he bypassed the apex body, AIDC, and assumed dictatorial powers, he said.

The current problems of EDB therefore do not lie with the institution; rather the blame falls squarely on the shoulders of the then head of this institution. All credit goes to the government that it did not renew the contract of the then CEO of EDB. The next right thing to do should be the appointment of the right person for this vacant position of CEO EDB, he said.

Closure and shifting the responsibility of EDB, would derail the engineering industry, specially the auto sector, would lead to inefficiency in the government, and lack of expertise would further complicate the situation, leading to stoppage of investments in auto sector, especially the vending sector, he said.

He urged the government to take back the proposal of disbandment of EDB and a professional CEO EDB should be appointed, based on capability to handle such an organization. Powers of AIDC should be revived and formalized, to ensure a strong system of checks and balances on all EDB ongoing issues.

As per print media, Ministry of Industries and Production (MoI&P) is reportedly hesitant in removing acting Chief Executive Officer (CEO) EDB, Mirza Nasir Baig even after rejection of his summary as permanent CEO by the Prime Minister. The Cabinet Committee on Energy (CCoE) headed by Prime Minister has also directed the closure of this corruption-tainted organisation with immediate effect.

On June 9, 2017, Secretary to Prime Minister, Fawad Hasan Fawad wrote a letter titled “appointment to the post of Chief Executive Officer, Engineering Development Board (EDB)” to the Ministry of Industries and Production and explained the reasons for winding up EDB. The reasons included corruption and malpractices. The key section of the EDB which is involved in malpractices is tariff section, which is being headed by the present incumbent CEO for years. The Secretary to Prime Minister stated that during the meeting of Cabinet Committee on Energy (CCoE) chaired by the Prime Minister on May 29, 2017, it was observed that EDB was not performing any useful function, either in terms of regulation or promotion of engineering enterprises, adding that malpractices had become endemic in the Board, exploitation of business by its staff had become a norm. The Board has become a major impediment to improving the ease of doing business and creating an enabling environment for industrial expansion and economic development.

Renault and Brilliance ink JV to make LCVs in China under...