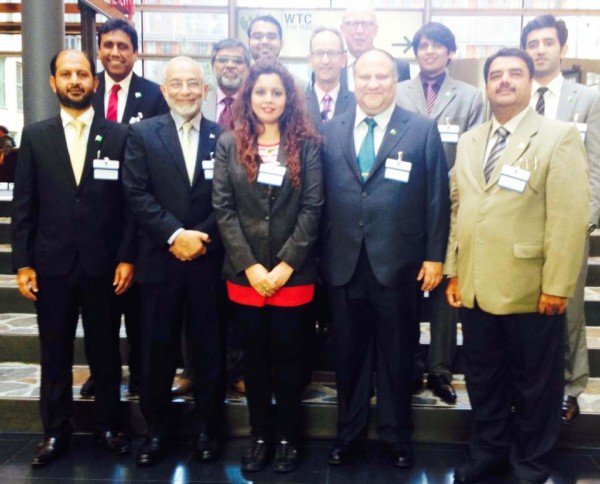 THE HAGUE, 1 Sept. 2014. CBI, the Dutch Centre for Promotion Of Exports from Developing Countries today launched a five day seminar EXPRO 102 designed for enhancing the exporting skills of Pakistani Engineering Sector Exporters and also the capacity building of Pakistani Business Support Organisations who are stakeholders in the drive to enhance Pakistani Exports. With the Pakistan government planning an exponential growth in Pakistan’s exports, the initiative from the Netherlands Ministry of Foreign Affairs is well programmed for achieving its goals.

There are five Pakistani Engineering Sector Companies participating in the present Seminar with seven participants while there are two participants from TDAP. A-One Techniques, Haseen Habib, ESP, Al Hadeed and Comcept are the companies attending the current Seminar.

The countries represented at the EXPRO are Pakistan, Vietnam, Phillipines, South Africa and Indonesia, at the NH Hotel, The Hague, The Netherlands.

The Private Sector SME companies are undergoing a four year CBI Export Coaching Program, during which they are being coached and mentored by CBI Experts to make them stable exporters and lead their companies to export led growth. The present group has undergone local training in Pakistan through CBI Experts and attending Workshops on Market Research, Process Control and other on going training programs initiated by the CBI.

During the present Seminar, the EXPRO102 participants shall be led through the process of refining their Export Marketing Plan as well as training on Cultural Sensitiveness needed for export sales, Buyer Behaviour, Trade Practices etc. The group will also spend one day at the TIV, Hardenberg, The Netherlands. This regional  Trade Fair for sub contracting and networking will prepare the group participants for their entry to European trade Fairs.

The BSOD EXPRO102 Program is designed to steer Pakistan into new directions of Exports, and prepare them for Skills Training and improving skills levels of their staff, for  creating effective Sectoral Export Marketing Plans to achieve export-led of the Pakistan economy.

The five day Seminar is being conducted at the NH Hotel, at The Hague, Holland, by CBI Experts Julian Lawson,  Imtiaz Rastgar,  Jan Elferink, Peter Lichthart Allan Gozon, together with  Cor Dieleman, CBI Country Program Manager for Pakistan. Two officers from the TDAP are also attending this program as part of CBI BSOD Program.

CBI works on behalf of the Dutch Ministry of Foreign Affairs, to promote exports from developing countries to Europe. CBI has Export Coaching Programs running in the Engineering and Food Ingredients Sectors of Pakistan.