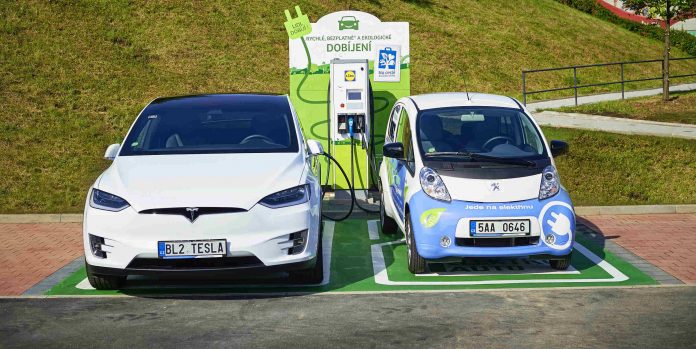 As many countries have fixed their targets to end usage of fossil fuel vehicles with electric vehicles (EVs) or gradually shift towards EVs, Pakistani has yet to fix any targets.

The Auto Industry Development Committee (AIDC) held in November 2018, however, ended with a positive note that new investors have already applied for manufacturing of electric vehicles (EVs) under ADP 2016-2021 and the tariff structure is same as announced in new budget.

The EVs are being highly encouraged in other countries with subsidies to the extent of 40 per cent.
Recently, Pakistan Council for Science and Technology was also given a task in this regard. The matter was placed before AIDC for consideration with respect to tariffs and localization plan only or consideration of preparation of long term policy after detailed review of local situation and international scenario.

In recent Budget 2018-19, EVs have been incentivized. Customs duty on the import of electric cars in completely built up (CBU) form is reduced from 50 per cent to 25 per cent.

The federal government vide SRO 644 has exempted electric vehicles CBU falling under 8703.8090 of the First Schedule to the Customs Act, 1969 (IV of 1969), on the imports from the custom-duty as in excess of 25 per cent.

Import duty on CKD (completely knocked down) kits for the assembly of electric vehicles in the country is proposed to be reduced from 50 per cent to 10 per cent Subject to preparation of localization plan by Engineering Development Board (EDB) /Ministry of Industries (MoI&P).

The MoI&P is pressing hard for the localization plan for further submission to the government.

The facility of reduced customs duty for one year should be allowed to assemblers who want to start local assembly in Pakistan, he urged.
The existing local assemblers have made multiple price increases in cars and bikes during 2018, citing rupee depreciation against the dollar. Besides, petrol and diesel prices have also been going up owing to rising crude oil prices.
With the start of 2019, some assemblers have already given price shocks while others will follow the suit.

“The only solution to curb price hike by the existing assemblers is to move towards EVs in which engines are not involved. Engine falls in hi-tech industries in which Pakistan’s auto sector lags behind,” Sabir said. He said the PTI government should also invite the existing stakeholders and seek their future plans regarding introduction of EVs.

There is a need to do more as existing Japanese vehicle assemblers have yet to come out with any hint at introducing EVs in the long and short run or any kind of effort which they have started, he said.
The new entrants have shown their desire for introducing EVs but nothing concrete has come out as much will depend on their plans regarding introduction of petrol and diesel run vehicles.

“When Pakistan can assembles JF-17 Thunder fighter plane, missiles, military weapons and armored vehicles then there should be no problem in taking initiative for EVs,” APMA chief said.

However, a local company has made another attempt to introduce electric cars in Pakistan and had imported few units for testing and R&D. The world is steadily moving towards a sustainable future, and this means that the automobile industry shift will be towards emission-free cars – electric cars. The demand for electric vehicles has significantly increased in the past few years due to its eco-friendly qualities.

According to some stats, the global market for electric cars will reach 35 per cent in the coming two decades. To keep the environment clean and safe and move with the rest of the world, the auto industry of Pakistan will eventually have to shift to the electric vehicles. Anticipating a huge demand in the Pakistani market as well, S. Zial-ul-Haq & Sons is bringing electric cars to Pakistan.

Before Pakistan sees locally assembled EVs on the roads – the market scenario is all set to change following arrival of new vehicles (petrol and diesel versions) by the new entrants during 2019-2021.

Before any gets matured on EVs, country’s auto industry opposed unrestricted incentives to EVs as investors can misuse the incentive. This opposition came at a time when some investors are preparing to invest in EVs as per the policy of federal government.

The meeting was convened in the Ministry of Industries and Production in the third week of February to discuss composition of Working Group, Terms of References (ToRs) of Working Group and reconstitution of AIDC.

According to a media report, the purpose of the meeting was to discuss un-confirmed minutes of the 27th meeting of AIDC, held in November 2018. As per the minutes, the policy dictates that the new investor’s policy shall be reviewed after every two years by a working group formed by AIDC.

Discussion on EVs attracted interest of those present. EDB requested all participants to share proposals regarding EVs to formulate policy framework for companies which aspire to bring EVs.

Some participants shared concerns arguing that the EVs have the same parts as the fuel run cars so the incentive should only be given in battery or EV specific parts not the whole vehicle.

They were of the view that this is necessary to protect localization already achieved in the country. Some participants emphasized that the definition of EV, hybrid, semi EV etc should be well defined in the policy beyond any doubt.

There was a concern shared in the meeting that this new category may become an avenue to import parts and vehicles at next to no tariff and turn the industry upside down.

However, those (vendors and OEMs) opposing incentives to EVs should analyze their own performance in terms of achieving localization, rolling out one to three decades old vehicles, three to six months time in delivering vehicles, five to six times price rise every year on account of rupee-dollar parity, 200 per cent extra charges by their authorized dealers on services, parts and tuning of locally assembled vehicles, sub standard quality of vehicles, lack of safety measures etc.

Vendors have become multi billionaire by producing parts for three decades of Mehran, Ravi and Bolan as Pak Suzuki, in absence of any government’s check and balance, continued rolling out these vehicles with no model change.

Pakistan will see a big change in the auto sector in the next one to three years when huge investments by the new entrants will materialize, paving way for new job avenues besides generating more revenues for the government.

Ghandhara Nissan Limited (GNL) will begin with the assembly of a 1,200cc Datsun Cross in July 2,020 and then roll out the 1,200cc Datsun Go (five seater) and Datsun Go Plus (seven seater) in the next two to three months. The company has also selected at least 22 vendors for making parts of these vehicles. The company plans to achieve 35-40 per cent localisation in the next three years after an initial start of 18pc.
GNL will invest Rs6.5 billion (about $47 million) over the first four years. Nissan and GNL would work together to develop Ghandhara’s facilities at Karachi’s Port Qasim into a world-class manufacturing plant. The brown field project would create around 1,800 jobs.
GNL has planned to start production of these three vehicles with 15,000 units a year and then will take it up to 35,000 units in the next five years. On further introduction of new models, GNL says talks are going on with Nissan but nothing has finalized yet.
Nissan and GNL had shared plans with the local vendors on support for the local component sectors including the introduction of world class production processes, ongoing skills sharing and training.
Nissan is making a second attempt in the Pakistani market. In the past, consumers had witnessed only one locally-assembled Nissan Sunny. GNL had assembled 599 Sunny in 1996-97 but after ups and downs the production came to a halt in 2003-2004.

Kia Lucky Motors is bringing 4th generation Kia Sportage packed with many amazing features including a new design, more powerful and more efficient engines that gives impressive fuel economy and power efficiency. The two (2.0 L or 2.4 L) four-cylinder turbo engine leads to 240-horsepower and 6-speed automatic transmission provide a smoother drive on the roads.
Kia Lucky aims to start local production of vehicles between July and September 2019. The company is setting up an assembly plant worth $115 million in Karachi to produce a wide range of commercial and passenger vehicles. Sportage may carry price of Rs four million.

However, some existing assemblers and their dealers appear worried as customers’ booking trend from January onwards at the authorized showrooms is much lower than same period last year. Its impact will be more visible in the sale data of April and May.

One of the reasons of low booking was perhaps non issuance of SRO on government’s decision of lifting ban on non filers up to 1,300cc cars which bodes well for Toyota and Suzuki but creates problem for Honda Atlas Cars Limited (HACL) as its vehicle range starts from 1,339cc to 1,800cc.

Perhaps the delay in issuance of SRO is due to confusion in Honda vehicles engine power. HACL has asked the government to enhance engine power limit up to 1,350cc so that its City vehicle can lure non filers. The government is reported to have assured Honda Atlas for resolving the issue but so far the company is waiting for final SRO.

In case the decision of barring non filers from buying up to 1,300cc vehicles stays for longer period then it will definitely hit new entrants when they will come out with LCVs, SUVs and pickups in the next one to two years. These new entrants are interested in tapping commercial market instead of low engine power vehicles ranging from 660cc to 1,300cc.

Commercial vehicle makers are now in problems as non filers cannot buy heavy vehicles. Surprisingly, bas sales have been thriving as against falling truck sales during the last seven months.

According to media reports, non filers generate double revenue as advance income tax against the active tax filers. If the banks, on withdrawal by a non tax filer collects double the amount as tax then the same treatment should be allowed for booking and purchase of new cars too.
Affected buyers who are not entitled to purchase a new car include retired or older people who are not active tax filers and others who have returned back to Pakistan after many years. There are others also who are not on the list of active tax filers list having received funds from sale of assets that have been inherited. Why should they be deprived to buy a brand new car? The Government should immediately reverse its decision on this.

Auto sector analysts at various brokerage houses said previously, the government had introduced the Finance Supplementary (Amendment) Bill in 2018, barring non-tax filers to purchase new vehicles. This turned out to have a negative impact on auto sector as non-tax filers constituted 50 per cent of total customer base.