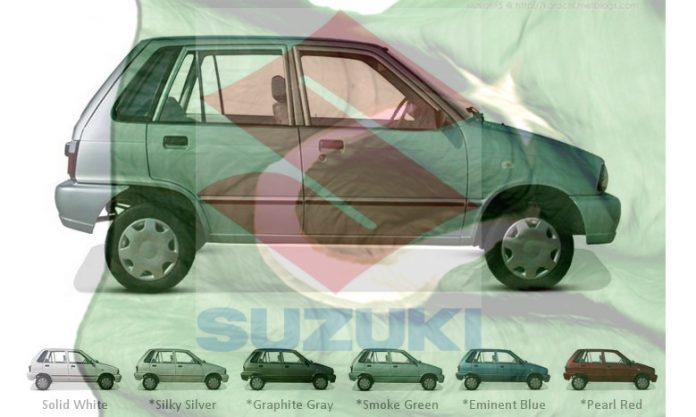 In a notification to authorized dealerships across country, Pak Suzuki Motors Limited (PSMCL) has informed that the company is pleased to introduce Mehran VX Limited Edition with Air condition features. The car will be available in three colours i.e White, Silky Silver, and Graphite Grey and comes with a price tag of PKR 825,000.

It is important to mention that last year in September Suzuki officially announced to discontinue its all-time favorite and popular Mehran’s VX model from April 2019.

Also Read: Suzuki has finally decided to phase out of Mehran Car Model VX from Pakistan

PSMCL had also requested its vendors to carry out effective material and production management for smooth production of remaining vehicles and to avoid any surplus inventory at either end at the time of model discontinuation.

It has also been reported that the Japanese automaker has decided to replace Mehran with 660cc Alto’s variants by the mid of 2019.

According to sources, Suzuki has taken the difficult decision to discontinue one of its most-selling cars was due to the pressure from Suzuki Japan. Suzuki Pakistan had to discontinue Mehran after it was turning increasingly expensive for the parent company to provide the engine parts for the car. 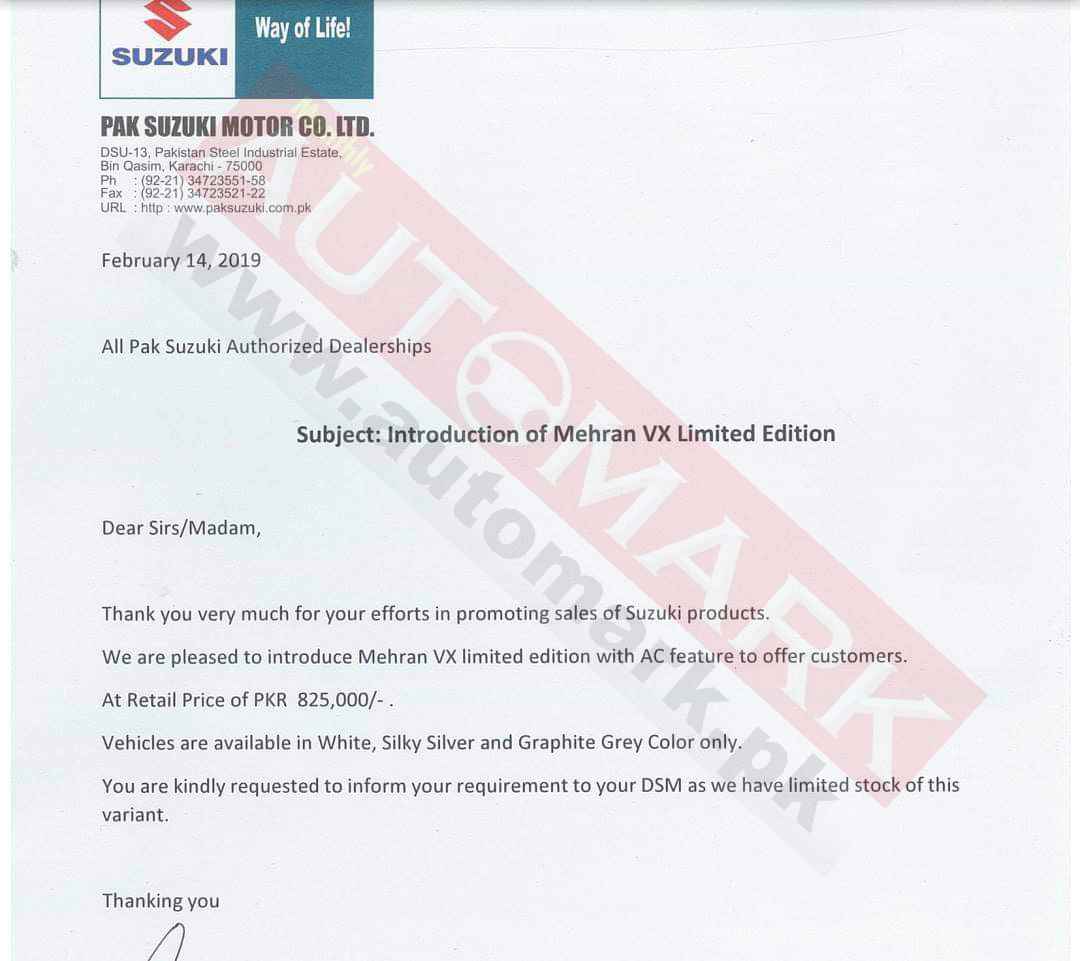 Toyota Corolla Altis To Be Discontinued In India

GREE & Eco-Star are the main sponsors of Lahore Qalandars in...