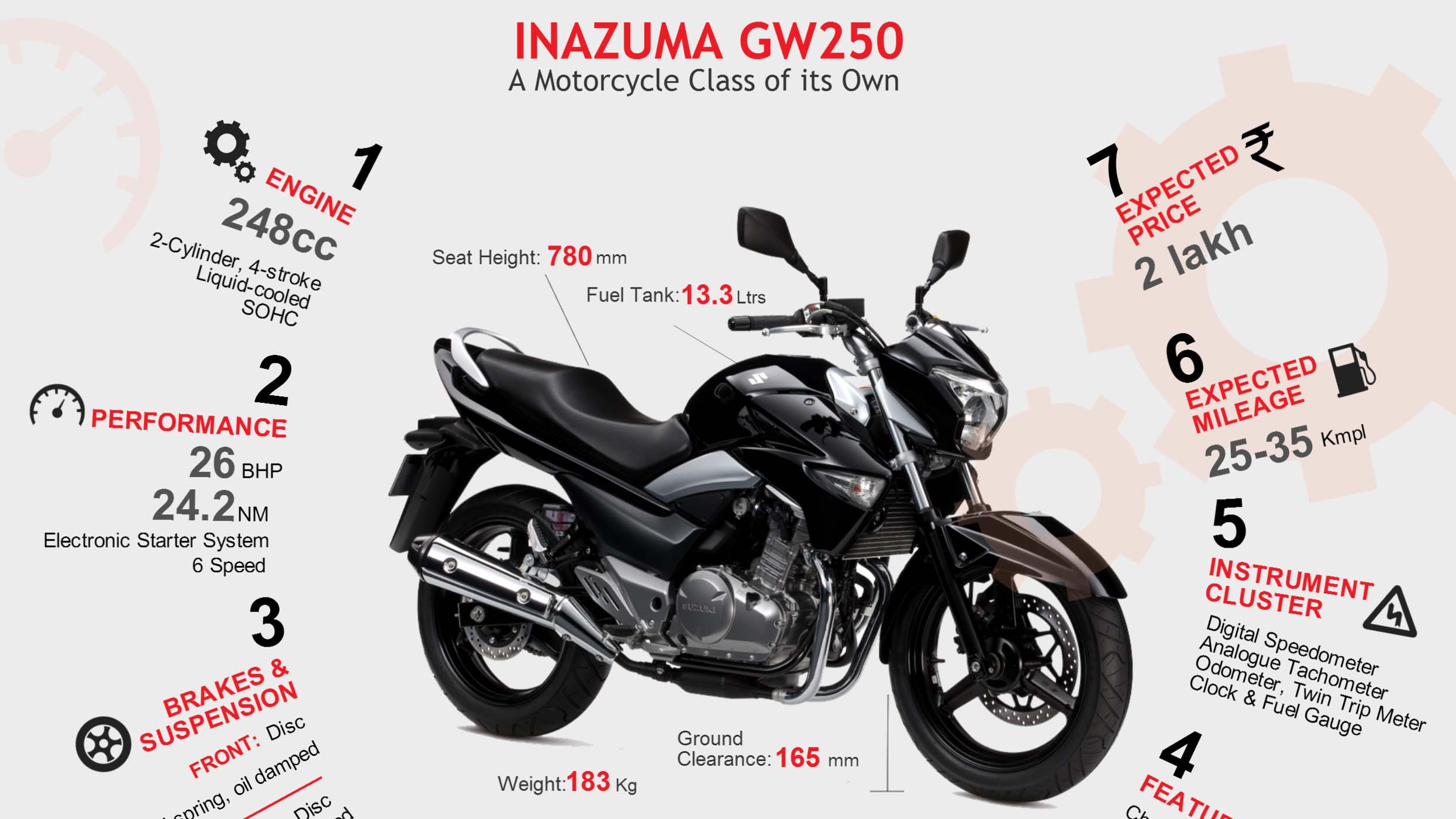 Listed below could be the three major reasons for such a significant decline in the price of Inazuma by Pak Suzuki:

Will the social media leak of the new dealership price benefit customers?

The heavy bike Inazuma was earlier available in the market at a price of PKR 725,000 which is now set to decrease considerably, especially after the leaked dealership price on social media. It has been speculated that after the social media leak of the press release, dealers will have to offer the bike in the market without earning any significant profit against the market price. The loss of dealers will have to be compensated by Pak Suzuki to retain the trust of its customers and maintain its reputation among dealerships in Pakistan. This will eventually benefit the customers who will expectedly experience a considerable decline in the market price of Inazuma.

The Suzuki GW250 is a 248CC entry-level standard motorcycle sold in Australia, Asia and Europe. It is called the Inazuma 250 in the EU and the GSR250 in Japan. Wikipedia

Recently launched Suzuki Alto may get another price hike