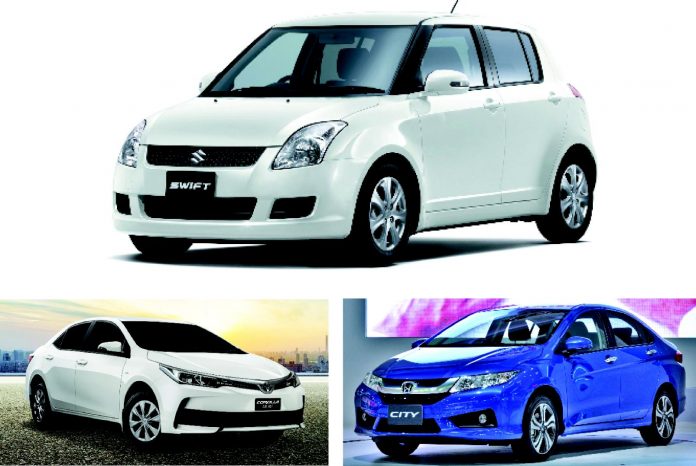 The government’s decision of lifting ban on non filers to buy up to 1,300cc vehicles bodes well for the assemblers of Suzuki and Toyota vehicles. In case the decision stays for longer period it may create serious problems for the new entrants as most of them are preparing to roll out light commercial vehicles, pickups and sports utility vehicles (SUVs) in the next one to two years.

Under 2016-2021 Auto Policy, most of the new entrants are in the process of installing their plants but they have yet to announce their clear plans of assembling 660-1,300cc vehicles but they are more interested in tapping commercial market as per their ambition.

The new Korean, Chinese, Japanese and European players will come up with their vehicles in the next one to two years. In case the government maintains the permission to non filers to purchase up to 1,300cc vehicles for next one to two years then the entrants will face a tough business environment to lure buyers.

However, existing commercial and heavy vehicle assemblers are already in crisis as non filers cannot buy big commercial vehicles. Truck industry has been struggling for the last seven months owing to falling sales as against soaring sales of buses.

By the time of writing this article, Honda Atlas Cars Pakistan (HACP) had pointed out a mistake in the mini budget to the Finance Minister Asad Umar that non filers cannot buy one of its top selling vehicles due to higher engine capacity.

HACP produces Honda City 1,339cc while the non filers can purchase vehicles up to 1,300cc.

As per previous print media reports, HACP’s request for Honda City 1,339cc is surprising when their officials had claimed that majority of Honda car buyers are already income tax filers. It is not clear why HACP has approached Mr Asad Umar to get a space for City variant.

However, the government has raised the tax for non filers by up to 50 per cent in the mini budget while it has decided to maintain the tax for filers. This will hurt the auto sector marginally amid higher retail price for the end consumers.

Some car assemblers have informed their authorized dealers regarding increase in non filers’ tax rates but with an alert that this is not the final new tax rates.

Certainly this is not the case of a common man and lower middle class as the government knows about those persons who can buy vehicle of Rs 800,000 to Rs 1.45 million of 800cc to 1,000cc and for them the enhanced amount for non tax filers holds no importance. Besides, many inpatient buyers have already been paying heavy premium to get instant delivery of vehicles.

Non filers generate double revenue as advance income tax against the active tax filers. If the banks, on withdrawal by a non tax filer collects double the amount as tax then the same treatment should be allowed for booking and purchase of new cars too.

Affected buyers who are not entitled to purchase a new car include retired or older people who are not active tax filers and others who have returned back to Pakistan after many years. There are others also who are not on the list of active tax filers list having received funds from sale of assets that have been inherited. Why should they be deprived to buy a brand new car? The Government should immediately reverse its decision on this.

They believe that this action will augur well, specifically for Pak Suzuki Motor Company Limited (PSML) as 73 per cent of the total cars sold in Pakistan are 1,300cc and below. Further, they believe PSMCL’s sales account for 71 per cent of 1,300cc (Swift is 1,328cc) and below segment, leading to positive impact on the company in terms of higher demand.

PROTON SAGA RETURNS TO THE TOP