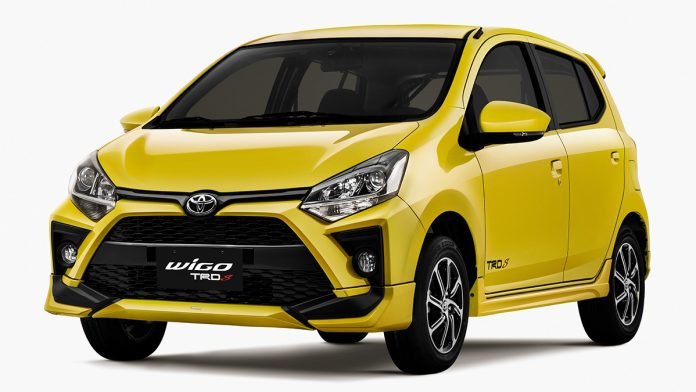 Over a week ago, we reported that Toyota Motor Philippines (TMP) would be launching the facelifted Wigo on June 15, 2020. Well, today’s the day, and the Japanese car manufacturer has introduced the car online with a P568,000 starting price. Check out the full price list below:

The humble city car comes equipped with a 1.0-liter three-cylinder gasoline engine capable of 65hp at 6,000rpm and up to 89Nm of torque at 4,400rpm—exactly the same figures as the pre-refresh version. The mill can come mated to either a four-speed automatic or a five-speed manual transmission.

The big changes are outside, where the vehicle flaunts a more aggressive face, among other design tweaks. The interior has been improved as well, and now features redesigned seats. Higher-end variants get a new rear camera and power side mirrors.

If you opt for higher variants, you can also get a touchscreen infotainment system, a digital A/C panel, push-start ignition, and keyless entry. The Toyota Racing Development (TRD) version features an Android Auto- and Apple CarPlay-compatible infotainment setup, as well as a handful of visual exterior upgrades. The latter includes different lighting units, TRD side skirts, a two-tone rear spoiler, and TRD badges and decals.

“The New Wigo remains an iconic car that offers the same familiar feeling of practicality and reliability, but made more advanced, more convenient, safer, and more fun with its sleek and sporty TRD Styling,” TMP president Atsuhiro Okamoto said during the launch.
If you’re looking for a reliable starter car, the refreshed Toyota Wigo might be well worth looking into. Are you satisfied with the improvements Toyota has given the vehicle?