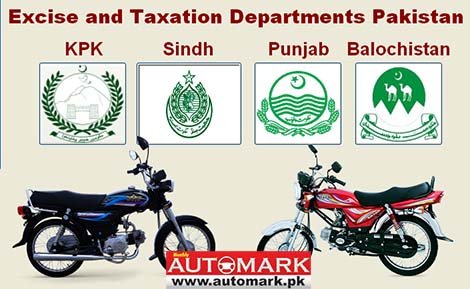 Due to irresponsible act by the engineers development board (EDB) the manufacturing certificates are not being issued, this has led to such a situation that no longer bikes are being registered mainly in Karachi. Since the registration has been closed not only has this put the people in worry but the government as well have to bare with millions of rupees in loses daily.

As per the information released till now the Excise & Taxation department in Karachi has closed registration for new motorcycles due to the registration certificates not being released by the Engineers Development Board (EDB).

Engineers Development Board (EDB) likes usual had to release the new registration certificates to all motorcycles assemblers on the 30th of September 2017 but due to fire caught at EDB building two months back and information got lost.

Later on EDB extended the time to 31st December so they could have sometime for recovery but rather than recovering data instead. From 1st January-2018, Excise and Taxation department in Karachi are not registration new motorcycles as EDB doesn’t renew/issue the manufacturing certificates to assemblers. Carelessness didn’t even consider extending the old certificates which could lead to the dealers not being able to sell motorcycles.

Whereas from the police can put bike impounded and put driver into jail for not having a registered bike. Even after such a situation no interest can been seen from EDB’s side, while the assemblers and dealers have to put up with 0 response and left in curiosity and the buyers can even return the bike in many cases.

It is to be noted that bike registration costs around Rs. 3000 to 4000 which includes everything plus taxes. Mohammad Sabir Shaikh the Chairman Association of Motorcycle Assemblers (APMA) also tod to Automark that the registration for motorcycles has been down for 5 days which has led to trouble for everyone. The concept of having to bribe people to get your registration done might also increase because of such a situation.