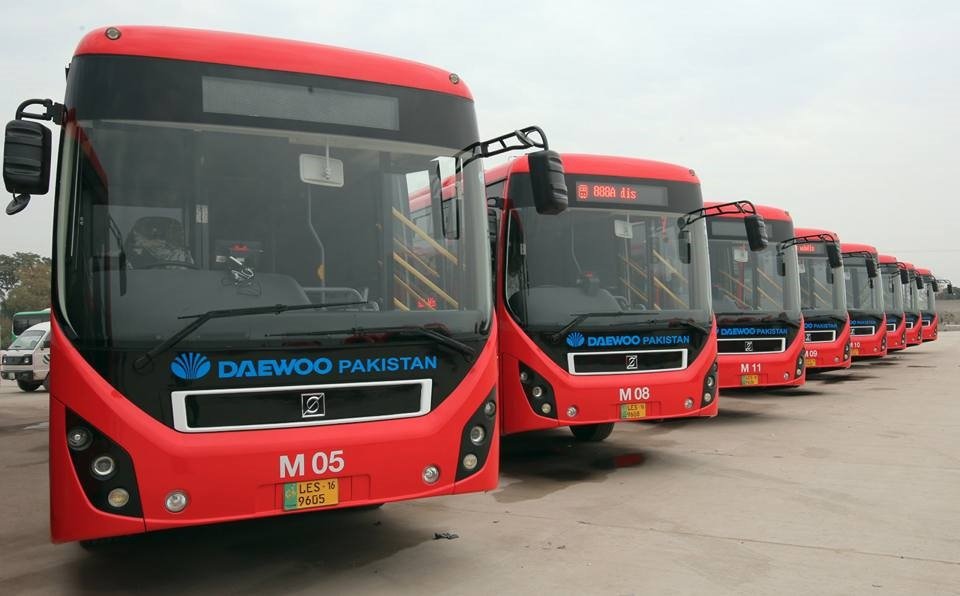 The Korean company, Daewoo Pakistan Express Bus Service, which has been operating inter-city buses nationwide and Lahore City buses for the last 18 years, has imported 35 articulated, state-of-the-art buses, which comply with global standards of rapid mass-transit. The Multan metro buses are equipped with CAN system,and have environment friendly Euro-3 engines which produce 75% less emissions (pollution) compared to other diesel buses. These buses will transport over 90,000 commuters daily on very affordable fare of Rs.20 one-way. The Multan Metro Bus Service will run on a dedicated corridor across the city which is 18.5 kms long comprising of 21 stations.
Speaking on the occasion, Mr. Shaheryar Chishty, Chief Executive Officer of Daewoo Express stated that operating Multan Metro Bus Service for the Government of Punjab is a matter of pride for Daewoo Express and we are very impressed by the professional manner and transparency through which the entire bidding process was conducted by Punjab Mass Transit Authority. He also said that this encourages us more to invest further into other transport projects of the Government in other cities of the country for the benefit of the public at large.