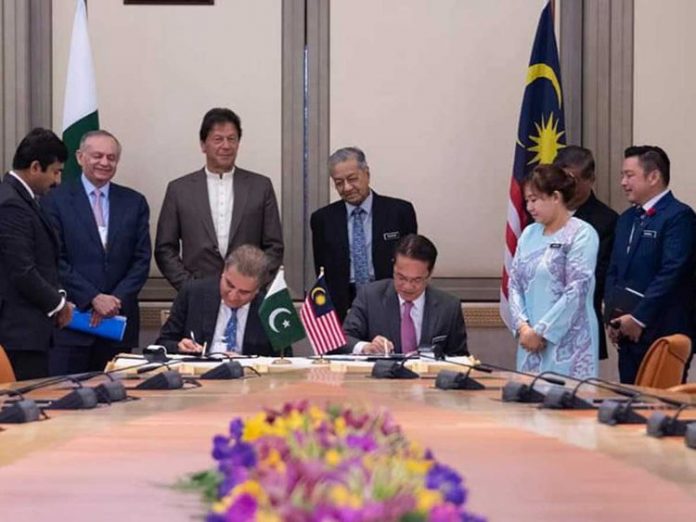 Malaysia will open car assembly plant in Pakistan by 2021 to produce affordable vehicles in the country.

Renowned Malaysian car manufacturing company Proton will open its plant in Pakistan under a joint venture project between the two countries. It will be Proton’s first assembly plant to be set up in any South Asian Country.

The agreement was reviewed during Pakistan Prime Minister Imran Khan’s visit to Malaysia on February 3rd and 4th. Prime Minister Imran during his meeting with his Malaysian counterpart Mahathir Mohamad, both the leaders discussed the symbolic ground breaking of the Proton Assembly Plant jointly officiated in Islamabad on March 22, 2019, and were pleased to note the progress made at the facility in Karachi, scheduled for completion in the first half of 2021.

They also discussed the joint venture between Malaysia’s Proton Holdings and Pakistan’s Al-Haj Automotive that add value with the commencement of selling Malaysian-made Proton vehicles (CBU) in Pakistan in the second half of 2020, and eventually, assembly and sale of Pakistan-made Proton vehicles (CKD) in Pakistan in the first half of 2021. The Malaysian-based corporation, Proton was established in 1983 and has so far sold more than 3 million cars. Proton cars are sold in more than 25 countries including Britain, Singapore and Australia.

Meanwhile, both the leaders also have also agreed that the strategic partnership status is a testament to the new level of bilateral cooperation between the two countries in various fields, reported APP, Pakistan’s official news agency.,.

According to a joint statement issued on Wednesday on the conclusion of Prime Minister Khan’s two-day official visit to Malaysia, the Malaysian prime minister recognised the essential role of the Pakistan Prime Minister in ensuring peace and security in the South Asian and West Asian regions through his goodwill diplomatic efforts towards the maintenance of international peace and security.

Malaysia and Pakistan will further increase collaborative efforts in international forums in upholding the true values of Islam and in addressing the common challenges facing the Ummah, including Islamophobia and the rights of Muslim minorities.

Malaysia and Pakistan together with Turkey will proceed with the initiatives in broad areas of strategic cooperation under the Joint Committee Meeting (JCM) to complement the efforts by the community of the Muslim world aimed at uplifting the socio-political and socioeconomic condition of the Ummah and promoting the true values of Islam, while being mindful of the centrality of the Organisation of Islamic Cooperation (OIC) and in this regard.

Malaysia and Pakistan will explore institutional collaboration in the area of halal food and services, and consumer products. Both the countries look forward to strengthening bilateral cooperation in the field of tourism, as well as continue to encourage tourism and hospitality investment and enhance educational ties.

Malaysia and Pakistan will explore new possible areas of cooperation in trade and investment, such as renewable energy, natural resources, aerospace and aeronautical, digital technology, artificial intelligence and e-commerce.

Pakistan International Airlines (PIA) will add a new direct flight destination soon from Lahore to Kuala Lumpur in order to cater for the increasing number of Pakistani travellers to Malaysia.

The prime minister of Malaysia acknowledged the extensive counter-terrorism efforts by Pakistan and progress it continue to make in complying with the recommendations of the Financial Action Task Force (FATF).