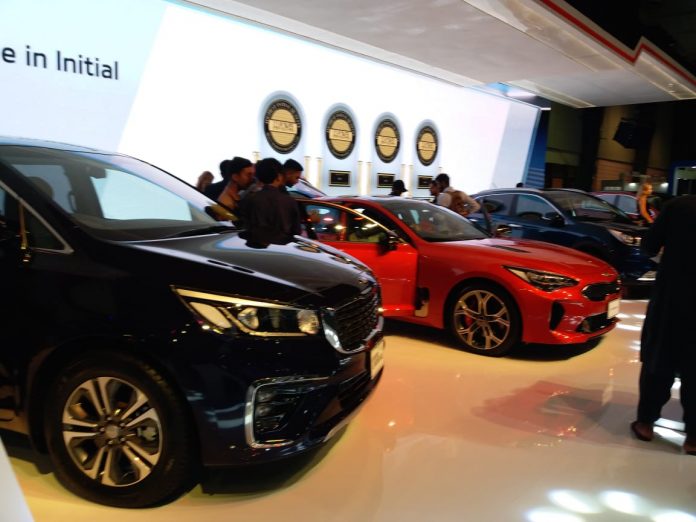 South Korean auto manufacturer KIA Lucky Motors are coming back in the local industry of Pakistan with KIA Picanto 2019 after a decade.

KIA displayed a number of vehicles at 3-day auto event Auto Parts Show (PAPS) 2019 held in Expo Centre, Karachi where it presented as many as five of its vehicles including Stinger, Picanto, Sportage, Nori and Grand Carnival.

In the tough competitions of hatchbacks, KIA is bringing Picanto with some exciting features. KIA Picanto is an entry-level 5-door hatchback powered by 1000 cc engine displacement mated with a 4-speed automatic gearbox. The Euro-6 compliant 1.0-litre engine produces a maximum output power of 66 hp. The hatchback has a wheelbase of 2400 mm which provides optimum control over the car.

The upcoming car is also equipped with airbags as a basic safety feature but lacks the spare wheel at the back which is a necessity especially while traveling in Pakistan.

The company claims that they will offer a version of Picanto which will have many more additional features as compared to the one showcased at PAPS 2019. The estimated price of the upcoming entry-level hatchback is Rs.1.2-1.5 million.

With the entrance of new cars in the local auto market, car enthusiasts are excited and the competition will increase as well, pushing auto manufacturers to produce high-quality products to compete in the auto market of Pakistan.