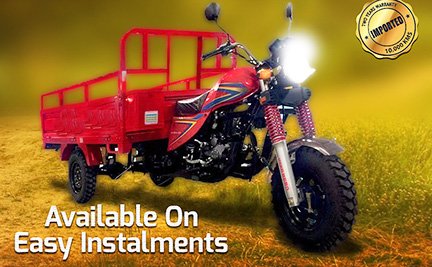 The loader rikshaws are not being approved since last one year due to the weak and lazy policies of Punjab Transport department. The drivers complained that every other day, they have to pay challan on non-registered rikshaws. The popularity of loader rikshaw grew rapidly and it has been using as an alternative to Donkey cart since past a few years. However, due to lethargic policies of Punjab Transport Company, their approval has been pending from last one year. Whereas, the transport departments of other provinces have already approved the loader rikshaws in their respective provinces.

According to reports, some Rikshaw manufacturing companies have imported the manufacturing parts of Rikshaws of worth RS 6 billion and paid around RS 4 billion as a customs duty and other taxes. But unluckily, due to strong bureaucracy in Punjab transport department, their approval has been delayed.

One of the owners of Rikshaw manufacturing company told that Engineering Development Board of the Federal Government has given permission to produce loader Rikshaws and Pakistan’s Standard & Quality Control Authority has granted the licenses but due to the laziness of Excise Department and Punjab Transport Sector, the loader Rikshaws are not approved in Punjab.