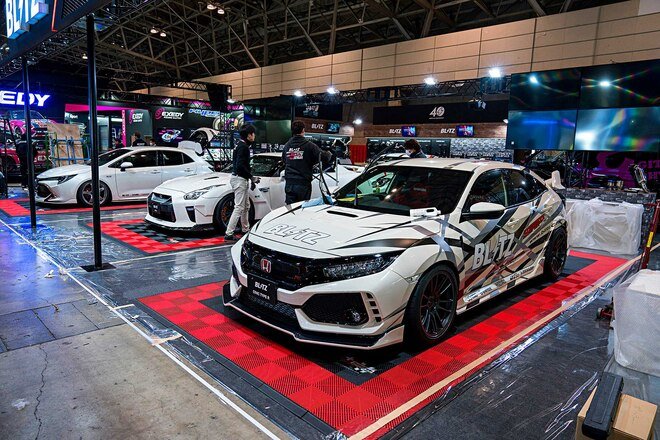 Not to be confused with the Tokyo Motor Show, Tokyo Auto Salon is where Japanese manufacturers and aftermarket tuners assemble to showcase their wild and wonderful creations. it is said to be Japan’s coolest custom car show.

To round up the show, here are a couple of things one needs to know:

The Nissan Juke Personalisation Adventure concept doesn’t look too dissimilar to the Juke Nismo RSnow of 2015, but this one has huge extended wheelarches. Power is sourced from a 1.6-litre turbocharged petrol engine, while the roof rack is designed to serve as a landing pad for drones.

To celebrate 50 years of the Nissan Skyline GT-R, 10 first- and second-generation GT-Rs went under the hammer at the BH Auction sale. The results of the auction are just beginning to filter through, but it was found out that one sold for 24,200,000 Yen.

There’s much to love about the Honda S660. It’s small, mid-engined, turbocharged, lightweight and cute.This Neo Classic version only serves to crank up our jealousy-o-meter. Gone is the Honda Beat-style look of the standard car, replaced by something dripping in retro charm.

A Suzuki Swift Sport and Jimny would make for a pretty solid two-car garage, so there was plenty to admire on the Suzuki stand. The Yellow Rev concept features a High Chroma Yellow Pearl paint job, a black roof, black alloys, additional decals and an aero kit. But the Yellow Rev is more than just a cosmetic exercise. The bumpers, alloy wheels and seats have all been lightened to make this the lightest Swift.

In standard form, the Toyota Aqua is a dull but worthy small car. But the Gazoo Racing version is anything but standard. Toyota unveiled Gazoo Racing versions of the Vitz and Aqua at the Tokyo Auto Salon in 2017 as it hoped to demonstrate how vehicle customization can help to increase vehicle enjoyment.

Next up was Toyota Mirai. In 2015, Toyota used this hydrogen fuel cell car as a stage-opener at the ADAC Rally Deutschland, an event on the WRC calendar. “It is our dream that one day our fuel cell vehicles will be able to compete in WRC. Spectators at the Rallye Deutschland will have to get used to this noiseless premiere at Trier, but they’ll experience the art of an almost pollution-free future,” said Yoshikazu Tanaka, the Mirai’s chief engineer in 2015.

Non-Japanese auction lots included a pair of MGBs, a Caparo T1, Porsche Carrera GT, Ferrari Mondial T prototype, Ferrari F40 and a Ferrari 308 GTB. Of the confirmed sales, the F40 sold for the highest amount, with bidding closing at 121,000,000 Yen.