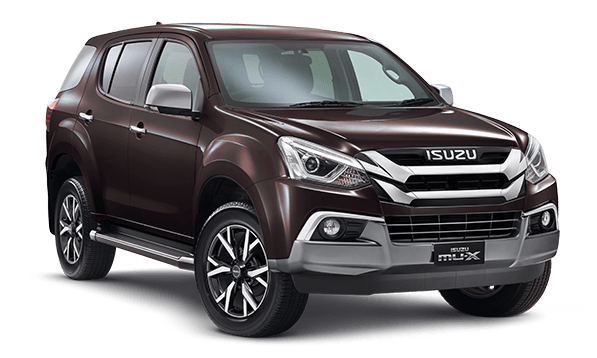 After coming up with a limited edition Boondock for the D-Max, it looks like Isuzu Philippines Corporation is ready to give the very same treatment to its mu-X. Launching at the end of this month is the first-ever mu-X Boondock.

Not much is officially known about the mu-X Boondock except for this single blurry teaser photo which is part of Isuzu’s event invitation flyer for their “Grand mu-X Family Event” at the Filinvest Tent in Alabang on September 28.

Based on the photo though, the mu-X Boondock will be getting decked out in all sorts of off-road centric gear. It starts with new bumper extensions and fender flares to better fit the beefier wheels and tires package, likely echoing the D-Max Boondock’s 265/70 R 17 All-Terrain Tires. This is complemented by new roof cross bars as well as Boondock decals. It’s a safe assumption too that the mu-X Boondock will also gain a raised ride height, like the D-Max Boondock, thanks to new monotube nitrogen-charged performance shock absorbers. It must be remembered that the D-Max version has a rock-crawling capable 247 millimeters of ground clearance.

About what will power the mu-X Boondock, again Isuzu is keeping this info close to its chest. But again, the safest assumption would be that the mu-X Boondock will be based off the fast-selling 3.0 LS-A 4×2 variant, although here’s hoping that Isuzu would learn from the shortcomings of the D-Max Boondock and sell the mu-X Boondock as a flagship 4×4 instead. Regardless, all eyes will be on Isuzu this September 28.

RETURN OF HYUNDAI MOTORS IN PAKISTAN