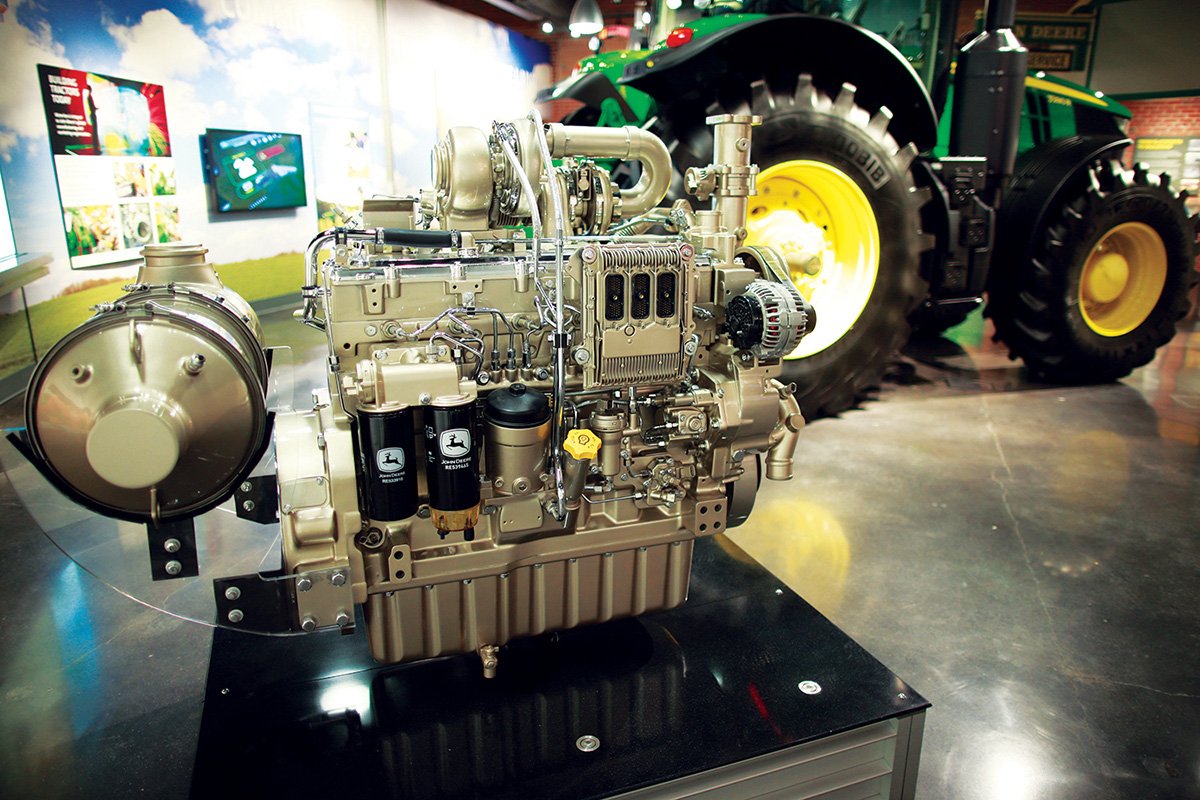 It is imperative to develop understanding towards the international emission control standards applied to diesel engines to avoid making erroneous mistakes of importing machines equipped with sophisticated diesel engine emission control mechanism. These machines will not operate in Pakistan due to sophisticated modifications in diesel engines.
Every year, Pakistan imports new and used construction, agricultural, and logistic machines manufactured in Europe and the USA. There is a fear that due to our non-familiarization with emission standards, serious mistakes might occur in the procurement and lead to huge capital loss, while machines will remain inoperative due to unavailability of ultra-low diesel fuel and other components to support its operation.
The chance of this mistake is high towards used machinery because lack of government control exists to monitor this activity. There is a dire need to put in place a restriction to import used machines equipped with Tier 4 diesel engines, otherwise importers will suffer huge financial losses. Although the industry should gain thorough understanding of current emission standards, the chances of importing new machines with the same technical qualifications is extremely low since manufacturers have restricted the sale of Tier 4 engines (Phased-in over the period of 2008-2015) to Pakistan for obvious reasons.
This article is a sincere attempt to develop a cursory understanding about EPA standards for non-road diesel engines, and to describe reasons for adopting such standards for common understanding. This will help young engineers and industry to be aware that diesel engines with emission standards Tier 4 and above could not be operated in Pakistan due to the enumerated reasons.
There was a time when engine manufacturers’ focus was to make engine fuel efficient as it used to be the salient selling feature of the machine. Since the past two decades there is a significant shift in the approach from an exclusive focus to produce energy efficient diesel engines to address the air quality by neutralizing harmful effects of the exhaust gases coming out of machines after an exhaust stroke. These gases are Hydrocarbons (HC), Carbon Monoxide (CO), Oxides of Nitrogen (NOx), and particulate matter (PM) which is an outcome of combustion and non-combustion (small portion of unburnt gases) in the cylinder during the power stroke of the engine. These gases are dangerously harmful to human health. It is estimated that several thousand people in the world every year die of various diseases (human asthma, allergies, and cancer) caused by these gases (molecules of nitrogen oxide NOx and Hydrocarbons HC).
The Environmental Protection Agency of the USA started working (1999-2010) on establishing the standards for diesel engine manufacturers to minimize the adverse effects of engine emissions. The standards set up depended on various tiers which were started from simple to complicated technology to ensure reduction in emission, and elimination of harmful effects of gases. Tier 1-3 stage did not limit the Sulphur content percentage to an extremely low level (on emissions side the differences between Tier 3 and Tier 0 engines are the nitrogen oxide NOx and Hydrocarbons HC molecules production level), but adopted various methodologies like exhaust gas recirculation (reduces nitrogen oxide emissions), use of intercoolers, and advance fuel system to bring a combination of both, which was reduction in fuel intake and reduction in the discharge of harmful gases into the environment.
In the past we have not paid any attention on these emission standards for diesel engines and it kept gradually moving up in terms of advancement. The reason for our ignorance was that these levels (Tier 1-3) were not affecting us or rather putting any restrictions in terms of input (local diesel) as applied by Tier 4 level, instead these standards were supporting the sales force on the pretext that engines have become more fuel efficient. We never tried to research on these standards to understand the upcoming impact on the construction and logistic machinery import in Pakistan after the implementation of Tier 4. We did not realize that it is not just making engine fuel efficient, but the treatment of emission gases to minimize its harmful effects before being released in the environment.
The technology introduced in the Tier 4 has the prime objective to reduce the harmful contents from the emission gases to provide better environment to human life. To accomplish this task, the EPA has instructed the industry to minimize the Sulphur content in diesel fuel to an ultra-low level (less than 15 parts per- million- sulphur). Furthermore, a new Sulphur-sensitive technology in Tier 4 engines was introduced like as catalytic particulate filters and NOx absorbers.
As a result, for our country where diesel contains high Sulphur, any machinery having diesel engine with emission standards Tier 4/Euro 4 and above could not be operated in Pakistan due to the following reasons:
1. Unavailability of Ultra low sulphur diesel
2. Unavailability of AdBlue (pure water and urea mixture).
(It is standardised as ISO 22241 is an aqueous urea solution made with 32.5% high-purity urea (AUS 32) and 67.5% deionized water)
3. Unavailability of diesel particulate filter.
(It is a device designed to remove diesel particulate matter or soot from the exhaust gas of a diesel engine)
4. Use of Low ash engine oil.

We know that in Pakistan, Sulphur levels are high (1%) in comparison with those in Europe (0.03%). We import cheap diesel that already contains high percentage of diesel and our refineries reduce the sulphur contents to some extent, however the output remains much higher to meet the standards of “ultra-low sulphur diesel”.
The AdBlue is used to treat the emissions of NOx (nitrogen oxides) produced after post-combustion stage in diesel vehicles. This process is called Selective Catalytic Reduction (SCR) which allows reducing the emissions of NOx (nitrogen oxides). This technology requires the use of a reagent called AdBlue. This chemical is not available in Pakistan.
The diesel particulate filter is a special type of filter to arrest harmful diesel exhaust soot particles. Even if we start importing this filter, it will not work due to frequent blocking for reasons of quality of the fuel and the quality of the engine oil. Specificengine oil (low ash engine oil) is to be used; otherwise it can significantly add to the soot buildup in the filter.
Why the world is doing so? It is being done after getting to know that the exhaust gases coming out of diesel vehicles are causing serious health hazards leading to several thousand deaths every year. It is also one of the causes of acid rain affecting crop health. As an estimate, the annual emission reductions after replacement of full inventory of non-road diesel engines (Tier 4) will reduce 738,000 tons of Nox and 129,000 tons of PM from the environment preventing 12,000 premature deaths by 2030.
The incorporation of emission control technology (modified engine) is expected to add up in the equipment cost by 1-3%. Also, reducing Sulphur from diesel to attain 15ppm level would be 7 cents per gallon. The anticipated saving in the machine maintenance cost due to low Sulphur would offset 4 cents per gallons.
There is no huge increase in the cost of the machinery, but the benefits in terms of making the air cleaner is huge with regard to human health and its overall impact on the globe.
Our neighbour India has already attained Tier 3 emission level (under 50 HP in October 2010 and above 50HP in October 2012) considering its impact on the environment and possible deprivation from export market and simultaneous import of modern machines.
In Pakistan we are at Tier 0 level, and so far we are not even introduced to this big change in the making. Despite the fact that it’s an important subject (environment) to be looked into by the government, we are stuck with complications to decide if the old federal legislation should be used (Laws are still valid), or the provinces should make their own laws as environment has become the provincial subject after the 18th amendment in 2012.
The other provinces have not yet enacted new environment legislation after the 18th amendment. In reality whatever progress was made on the Federal level prior to the 18th amendment is getting stale, while the provinces don’t have the capability to do some legislative/regulatory work in the field of environment.
Most of our issues are our own making which could be resolved through political commitment.

Total Recall: Defective Airbags Linked To 6 Deaths And Over 100...