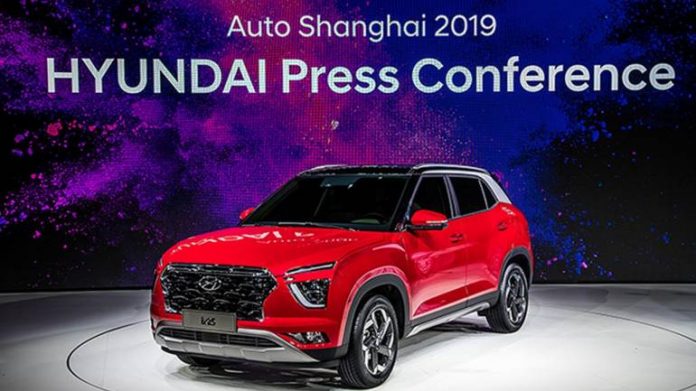 Since the current Creta in India is almost identical to the China-spec ix25, it is expected that the new ix25 will retain most of its features when it arrives in India as the Creta.

Korean carmaker Hyundai recently unveiled the 2020 Creta at the Auto Shanghai expo 2019. Being sold as ‘ix25’ in China, the next-generation Creta has undergone a complete overhaul.

Since the current Creta in India is almost identical to the China-spec ix25, it is expected that the new ix25 will retain most of its features when it arrives in India as the new Creta.

One of the most prominent changes is that Hyundai has brought the ix25 in line with its new SUV design based on the Palisade. It includes a different, yet signature grille, as well as bumper-mounted headlamps. It also has C-shaped, split DRLs in the front.

The rear gets a split-DRL setup, along with a single red strip as long as the tailgate serving as the taillight. The ix25 showcased at the Auto Shanghai featured a triple-tone colour scheme, with a red base, silver C-pillar and a black roof. It is unsure whether Hyundai will introduce the same paint scheme in India.

The interior gets many new features as well. The knobs and buttons on the dashboard have been replaced with a touch-based interface, which also alters the climate-control settings. It also gets a new steering wheel which has been borrowed from the Venue. It also gets an electric parking brake, auto-hold features as well as paddle shifters.

Though the powertrain is currently unknown, the ix25 is expected to share its engine options with the Kia SP2i and the update Hyundai Verna which will enter the Indian markets next year. It could also carry a price tag between the Rs. 10 lakh – Rs. 16 lakh (ex-showroom).

All images sourced and credited to Hyundai’s official website.