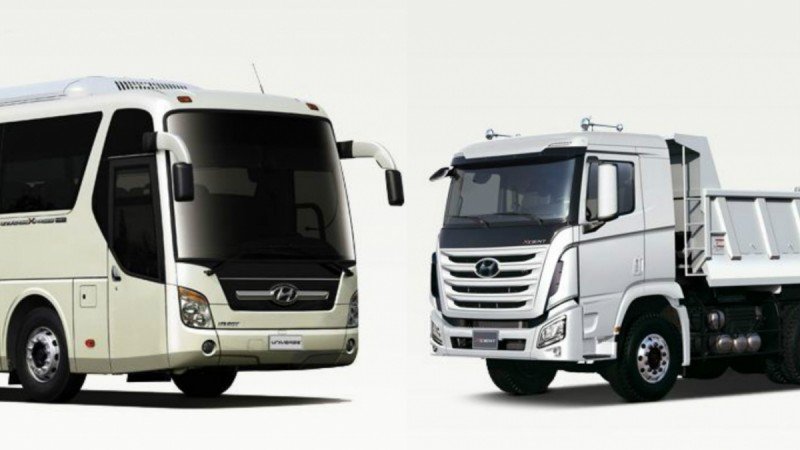 Nature of Contract Signed between Hyundai and Al-Haj Group

According to the contract signed between the two companies, Hyundai will introduce the first-class Heavy Commercial Vehicles in Pakistanunder the Al-Haj Hyundai Pvt. Ltd Subsidy through a “Technology Transfer Contract” with the Al-Haj Group. In the light of this contract, Al-Haj Hyundai will launchUNIVERSE luxury buses for intercity travels, a heavy duty truck XCIENT with its different variants, and MIGHTY medium and light duty trucks in the first phase. The long term plans of Al-Haj Hyundai revolve around introducing different Cargo and Passenger handling vehicles in Pakistan.

While answering a question asked by the representative of Automark Magazine Pakistan about the expected date of launch of the commercial vehicles by Al-Haj Hyundai in Pakistan, The CEO of the company, Mr. Bilal Khan Afridi stated that before the inauguration of the manufacturing plant in 2018, the company will bring CBUs (Complete Build Units) of Hyundai’s HCVs and launch them in the Pakistan.He also said that the Al-Haj Hyundai will start assembling the HCVs in Al-Haj Hyundai’s own manufacturing facility in the Pakistan. “Al-Haj Hyundai will soon apply to get approval from government under green-field scheme of new auto policy” said CEO

The Scope of Commercial Vehicles in Pakistan

Hyundai and Al-Haj Group have joined hands to introduce commercial vehicles in Pakistan considering the expected surge in demand for commercial vehicles in the near future. The  China Pakistan Economic Corridor (CPEC) is all set to accommodate up to 4% of total global volumes of trades and this will mean massive economic growth for not only Pakistan but for all the countries of the region. The upsurge in trade volumes will be met by the development of 21st century Maritime Silk Road. The whole infrastructure will demand a rise in the production of Heavy Commercial Vehicles to manage the trade volumes and this is why the focus of the joint venture between Hyundai and A-Haj Group has remained on launching HCVS in the Pakistan.

The Al-Haj Hyundai will not only grow the potential of the Heavy Commercial Vehicles segment of Pakistan’s automotive industry but will also provide a large number of employment opportunities which is why this joint venture between Hyundai and Al-Haj Group is of significant importance in Pakistan.