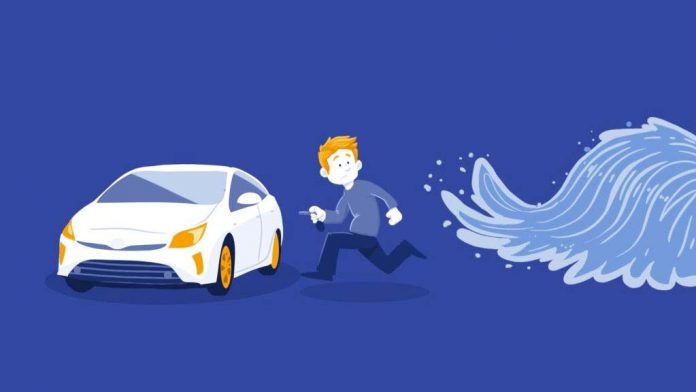 Recently, the economic environment of Pakistan has not been in a good weather sadly. Moreover, the effects are escalated on both the consumer and production side in every sector of industrialization.

Initially, high-end taxes were being imposed and now you might have come across sky high prices of cars in auto industry of Pakistan.

According to sources, Honda Atlas assembler and manufacture of Honda cars in Pakistan has plan to cut down its annual production target from 50,000 cars to 30,000 cars due to the current economic situation and expectation of lower sales for year 2019-20.

Due to lower production target, Honda Atlas may also layoffs considerable number of labor force from its firm where most of the employees are from manufacturing department.

In addition to Honda Atlas, Indus motors which is another car assembler of Toyota cars in Pakistan may reduce its production by 25% as per industry source, giving a huge set back to auto sector of Pakistan. It has also been said by the market sources that these companies are trying to become more technology intensive and less labor intensive.

The rupee witnessed massive depreciation against the US dollar, which then led to the existing carmakers raising their prices on multiple occasions to pass the impact of increased cost on to the consumers.

Since most of the people use cars with engine displacement in the above given range, it is getting hard to buy these vehicles on high rate. Apart from FED, drastic increase in price of cars is the major issue at this point. Toyota, Suzuki, Honda and other companies have rise the prices almost got doubled from the previous ones, making things worse on the consumer’s side. Due to this increase in FED, prices of these cars have also increased making things worse on the consumer’s side.

However, most of these vehicles are made for commercial purposes but customers mostly buy low capacity engine vehicles in Pakistan. The reduced purchasing power of customers and low selling power of producers is giving a serious hitch to auto sector which is already struggling through inflation.

It was a trying year for Indus Motors, Pak Suzuki and Honda Atlas, as company profits suffered owing to various developments in the economy. The previous government’s decision to restrict non-filers from purchase of automobiles and the massive depreciation in the rupee significantly dented demand.

In this current scenario, auto industry is losing its major opportunities in terms of investment and innovation. In continuation of used car import policy and high prices, federal excise duty is a new hurdle in the way of progressing auto industry of Pakistan. Government should take steps and make friendly policies for buyers and producers. If the current situation persists for a longer period, the auto sector will soon be in devastating condition and the whole economy will suffer due to this major setback.

The 2020 Honda Civic Goes On Sale In USA