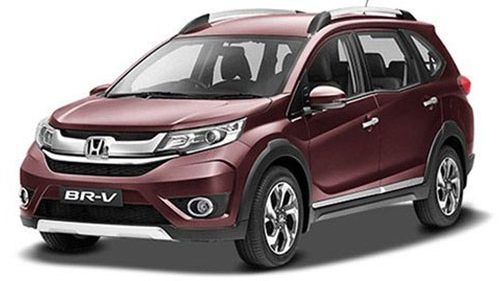 Honda Atlas Cars Pakistan has shut down its plant for 10 days starting from last month due to the reduction in car sales because of rising car prices. The automakers are facing a huge loss. Higher taxes in the budget and depreciation of rupee against the dollar compelled automakers to increase prices that have resulted in a decrease in car sales. The sales volumes of Honda two locally assembled models i.e Civic and City in July 2019 is 1452 units which are down by 60% in comparison to last year July sales of 4609 units. Inventories piled upto 2000 units at Honda plant.

Unfortunately Honda Motor Company is facing similar situation globally. They have already decided to stop making cars in Argentina from next year. As it has been difficult to maintain profitability in the country’s shrinking auto market and that the falling Argentina peso has pushed up the cost of imported auto parts. Honda has already announced it will close an auto plant in Britain and terminate production of the Civic in Turkey, both in 2021, as part of its global restructuring of production.

Honda Atlas Cars Pakistan Limited (HACPL) is a joint venture between Honda Motor Company Limited Japan, and the Atlas Group of Companies, Pakistan. The company was incorporated in 1992 and the joint venture agreement was signed the next year. The company rolled out its first assembly line Car in 1994. The company has moved up slowly utilising only half of its existing capacity but its share in the car market has increased, reached 20 percent in 2014 from 9 percent when it first starting selling cars in the country.

The first production automobile from Honda was the T360 mini pick-up truck, which went on sale in August 1963. Powered by a small 356-cc straight-4 stroke gasoline engine, it was classified under the cheaper Kei car tax bracket. The first production car from Honda was the S500 sports car, which followed the T360 into production in October 1963. Its chain-driven rear wheels pointed to Honda’s motorcycle origins. Honda vehicles were introduced, first time in 1970, in Pakistan market, the two models were introduce one was mini truck model TN360 and second was small hatchback car model N360. Unfortunately these models were not successful in Pakistan.Subsequently in 1984 Honda Civic was introduced in Pakistan market and it becomes a huge success. Ultimately Honda Car became the symbol of quality, reliability and luxury in Pakistan.

In April-2019, Honda Atlas Cars Pakistan Limited (HACPL) launched its Civic 2019 – 10th generation, which has been anticipated in Pakistan since quite a while. Honda Civic has become one of the sedans leading C-segment, being trusted and favored by a large volume of customers. In particular, Honda Civic has made a record sale of 50,000 units and won “Car of The Year” By People’s Choice Award in 2017 and 2018. The impressive milestones are the evidence for the appeal of outstanding values: the top-class breakthrough design, powerful engine offering fun-to-drive performance and excellent fuel efficiency with series of modern and advanced technologies.

This is the first time Honda Atlas Cars (Pakistan) has introduced the Civic 1.5 RS Turbo Grade. RS (Road Sailing) represents Honda’s challenging spirit, always towards the dynamic and open-minded in creativity but still pursuing the pinnacle of perfection and sophistication.