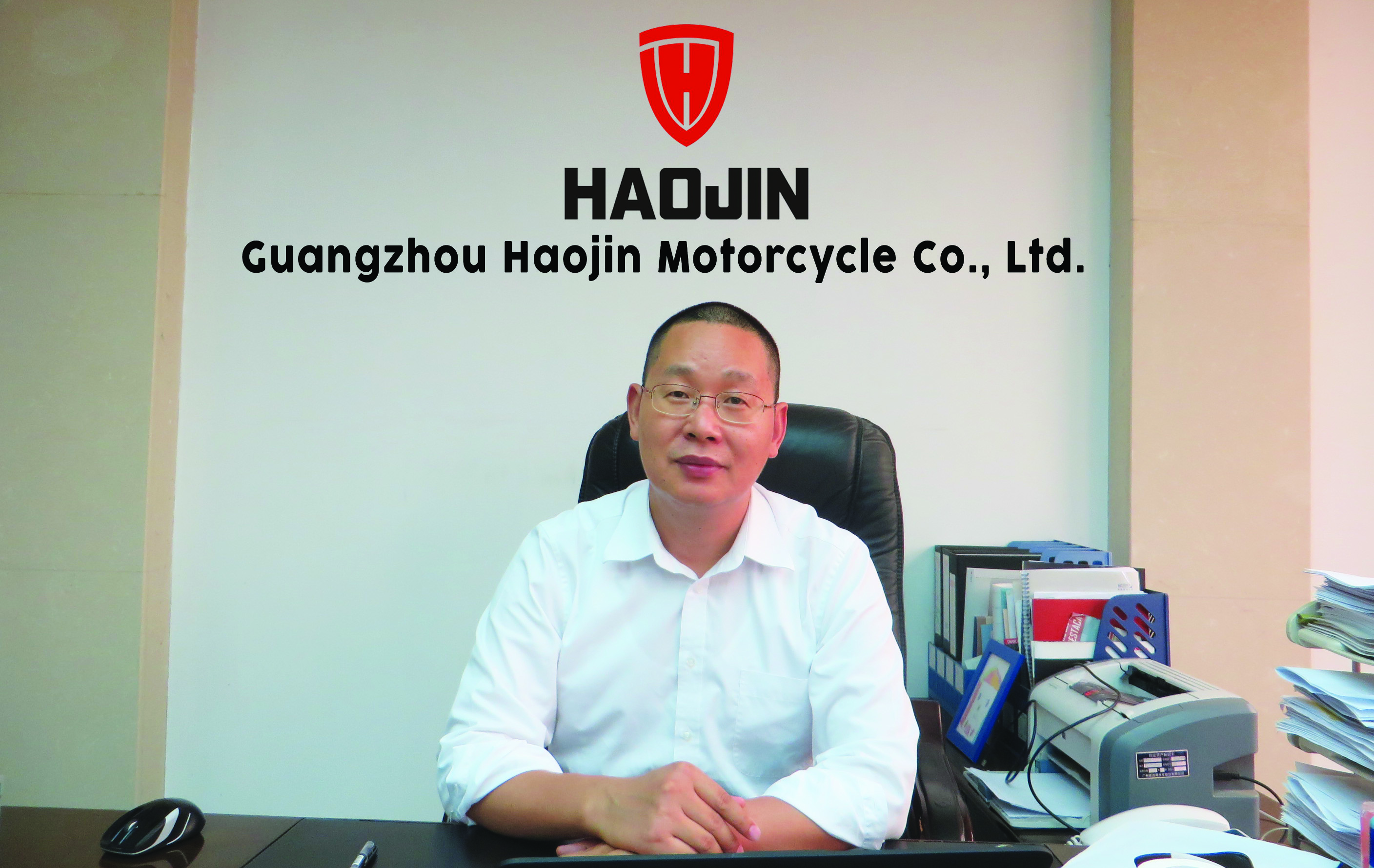 During my recent visit to China to attend the 120th Canton Fair, I had the opportunity to meet a lot of different representatives from various Chinese Manufacturing and Service Industry, specifically related to Two Wheelers. Amongst many, I had the honour of meeting Mr. Thomas Peng, Vice General Manager International Marketing of Guangzhou Haojin Motorcycle Co. Ltd. In the Canton exhibition, HaoJin motorcycle had launched the new model  “TAURUS”to global market; and at the same moment Haojin won the “Recommended export brand of year 2016@

Guangzhou Haojin Motorcycle Co. Ltd. Is one of the biggest domestic producers of 2W products which range from dynamic and stylish Motorbikes (Sports, Cruisers & Offroad), Scooters &Trikes which features engine displacement capacities in between 100-250cc. The production customers of Haojin are not only domestic but the company is also one of the biggest exporters of the products to international market.

Mr. Thomas then expressed his interest in Pakistani market. He has intention to introduce their product range in Pakistan and to fulfil his intentions he had visited Pakistan earlier and had meetings with few trading organizations in Pakistan but so far he has not received any positive response from any local importer. He believed that the lack of interest is perhaps due to very high concentration of obsolete 70cc motorcycle designs currently being sold to Pakistani consumer market, however he remains positive that due to competitive pricing the products from Haojin can compete in Pakistani market. He specifically mentioned that the competitive pricing did not mean in any case a compromise in quality, as the products can compete on the same quality levels as observed by many other branded bikes in local market.

Concluding this meeting I had sincere hope for Haojin’s introduction to Pakistani market for our consumer market needs good quality modern products which Haojin can offer at a very competitive price.