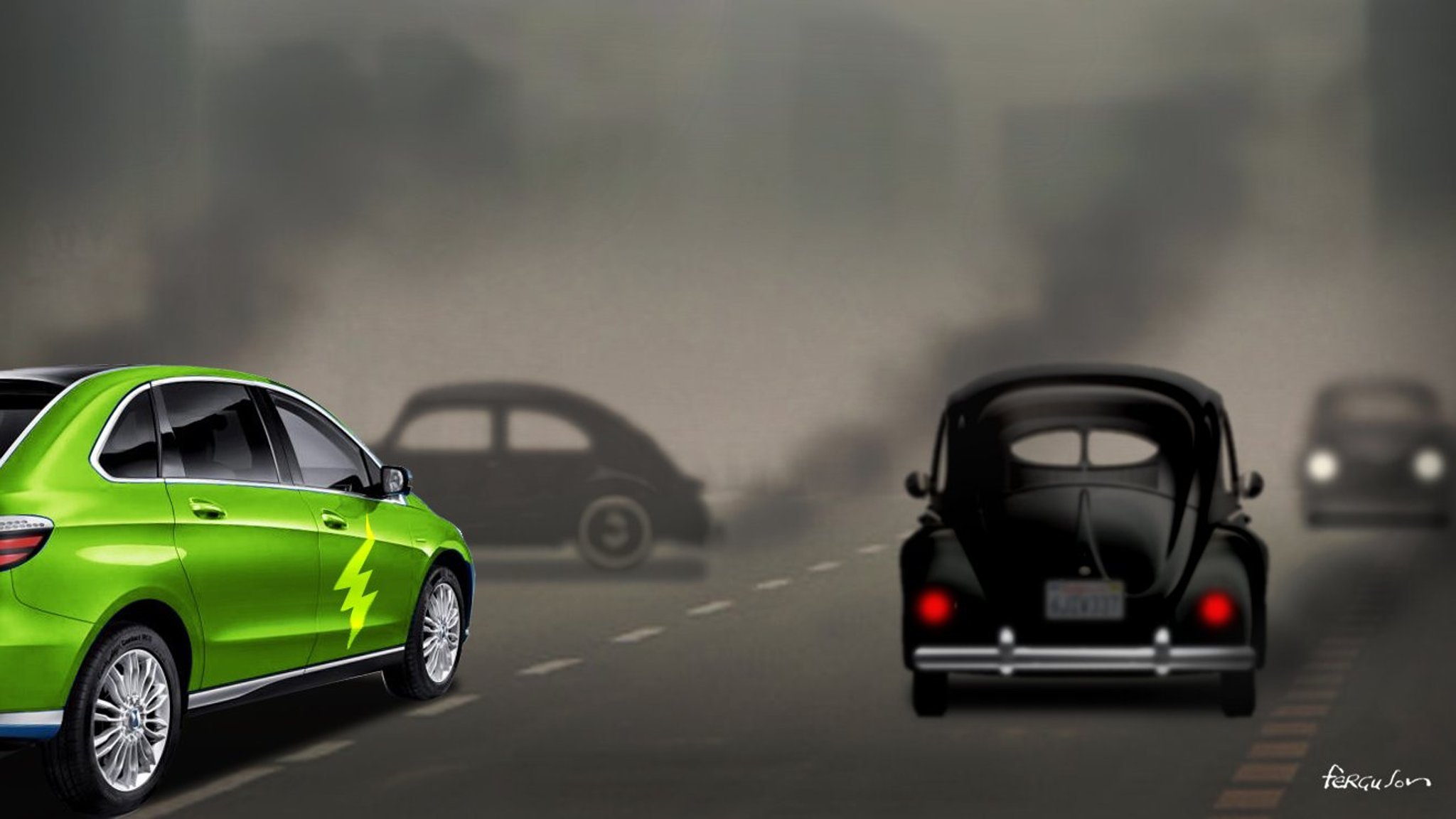 In a country where decades-old models still rule the roads and the relevant ministries and the assemblers lack any vision – the Ministry of Science and Technology (MoST) has given a wake-up call to the assemblers and their vendors to take initiative for “engineering foresight.”

The Science Ministry has asked the auto stakeholders to gear up for new challenges especially electric vehicle (EV). Various countries including India have already unveiled their plans about introduction of EV.

In this connection the Ministry held a meeting with the assemblers and vendors and universities in the second week of September and shared a “draft technology foresight report on auto sector” seeking their input.

Plying of electric vehicles on the roads of Pakistan appears a remote possibility at least for next 30-40 years when Pak Suzuki Motor Company, which enjoys over 50 per cent market share, still rolling out at least two to three decades old Mehran, Ravi and Bolan. But these old vehicles based on obsolete engine technologies have to be phased out.

At least consumers have enjoyed an experience of driving hybrid vehicles thanks to the government of allowing used car imports of three years’ old model under various schemes.

Technology Foresight (TF) 2017-2025 in this environment is challenging, especially when the automotive industry is in transition facing challenges daily of revolutionary technologies shaping and de-shaping. TF can also be described in a systematic approach in which various methodologies and techniques are combined in order to create a better preparedness for the future.

The Chinese government has tremendous impetus on electric vehicle deployment. It has not given any deadline but it has 40 per cent electric vehicle currently.
The targeted date for introducing electric vehicles by India, Germany and Sweden is 2030 followed by 2040 by the Netherlands and Britain.

Apart from the fact that the volumes are low in Pakistan but there is a need to start working on the capacity building of the institutions so that in future the country is well placed in adopting the evident new technology of electric vehicle and have human resource to cope with the challenges of the technology, the ministry said.

The Science Ministry feels that when the EV technology would be available it would just not impact on automotive sector but it would affect the power utility industry, petroleum Industry, construction/building industry for providing charging facilities, urban transportation etc.

EV offers zero tail pipe emission and reduction in noise, which is the most desirable scenario for growing urban centres all over the world, the ministry said.

There are now about one billion cars on the road, almost all powered by fossil fuels. These cars will progressively diminish; more slowly in the developing countries.

However, the batteries are getting better and better with more energy density and the prices are decreasing. It is predicted that by 2025 the cost of total ownership of an EV will equal that of an ICE vehicle at current technology level.

The Ministry said there is a lot of hype about EV in the world and Pakistanis are getting affected by it. However, Pakistan is not a major pollutant, so there should not be any undue hurry to go electric, beside if we replace the tail pipe emissions by chimney emission, it would help no body. Unless we replace our high fossil fuel based energy mix substantially by renewable energy (nuclear is frightening) we should not race forward, but move towards it in a pragmatic manner, the ministry added.

Pakistan will surely, however, traverse the path of EV, whether later or earlier, and the government will have to carry out the following activities like invest in making charging infrastructure widely available. This can be done in partnership with auto makers who want to sell EVs. Assess the effects of EV on national grid to avoid any mishap, subsidise the cost of EV. China subsidies by as much as 60 per cent. Incentivize investment in motor and power electronics. Batteries cannot be economically made at current technology levels for our expected enhanced volumes over 10 years. This will, however, eventually happen as technology improves as well as our auto volumes do. Train manpower in alternate skills to create employment. As a first step pure EV can be introduced in public transport/last mile transport and delivery trucks.

The world is moving towards Hybrid, Electric and Hydrogen fuel cell (HFC) vehicles. In the next fifteen years, the world will witness a plethora of Hybrid, Electric as well as some HFC vehicles. Still EVs only make up 0.2pc of total passenger vehicles in circulation in 2016. China accounted for 40pc of EVs sold and is by far the global leader in EVs.

The Ministry said an argument can be made that in Pakistan, the fossil fuel vehicle will continue for a longer period, especially in the lower strata, due to lower cost. It is estimated that cost of battery, which forms about half the cost of an electric vehicle, will in 12-15 years, reduce to an extent that the total ownership cost of EV will equal a fossil fuel vehicle. Even in China, where EVs are being pushed, fossil fuel vehicles will be around for at least 15 years. India has announced its aspiration to go all electric by 2030, but it is doubted by world bodies, as to transition to EV will require political and economic bandwidth besides home grown EV makers as well. Fossil fuel vehicles are likely to continue in the world beyond two decades.

A local car / LCV manufacturer in this transition period will be challenged to produce a small fossil fuel vehicle say 600-800cc with an outlook for 20 years, and at an appropriate time tie up with an EV manufacturer to co-develop an EV appropriate for our market. This activity requires deep pockets and extra ordinary support by the government.

Technology requirement is globally raised by an automaker (OEMs) to meet a market need or enhance competitiveness. The R&D must be carried out with the firm or in a University or by an auto part maker (APM), in conjunction with the OEM.

As in Pakistan there is no local auto maker, the R&D is carried out back home by the foreign partner and the local OEM and the APMs all make to print, having been provided the design, drawing, technical data and standards. Additionally technical support through technical man power, training and visits is provided. However design parameters and testing details & procedures are not provided, so technology is not wholly transferred.
Pakistan’s automotive industry had its beginning soon after the birth of the country. It did not inherit anything in the automotive field and little else in other industrial sectors too. General Motors started assembly of Bedford trucks in 1949 from semi knocked down kits. They later became Ghandhara Motor and introduced CBU Vauxhall cars, whilst indigenization of Bedford trucks continued steadily. Even an engine Assembly Plant for the truck called Bela engineers, was set up as separate company in the beginning of 70’s.

In the 60’s American Motors Jeep began to be progressively manufactured, but car manufacturing came into its own only when Suzuki tied up with Pakistan Automobile Corporation (PACO) and in early 80’s the first Suzuki FX and then Mehran was rolled out, followed later by Toyota and Honda in early 90’s. Nissan came in the same decade but played a very short innings. Chevorlet came and went at about the same time, with its Daewoo’s small car, Matiz, Hyundai LCVs came later, as well as their Santro car. The LCV became very popular but due to dispute within the sponsoring family could not sustain. KIA also came and went as a shooting star because the local sponsors ran into problems with the government.

Pakistan has had many false starts in indigenous manufacturing of Vehicles. In late 70’s Pakistan produced the first indigenous 4×4 vehicles called Nishan based on American Motors Jeep being manufactured by Naya Daur Motors. This was led by the armed forces at the behest of the head of government. The project had a very short life. In 80’s the first local LCV called Proficient based on Suzuki Pick up, was launched, in the 90’s the first local truck Yasoob came and later in the first decade of the century a local car REVO was introduced as well as Zabardast truck and Zabardast 4×4. The LCV and the car plus the Zabardast brand of vehicles, died because of paucity of working capital whilst the truck was killed by the armed forces, who had helped give it birth.

In 2007, the Auto Industry Development Programme (AIDP) was introduced to encourage local assemblers/ vendors / new investors to make medium to long term decisions to develop critical components and acquire technology transfer. AIDP aimed to facilitate the auto industry a safe transition from deletion programmes, not allowed under TRIMS to the Tariff Based System (TBS) environment and also assist in planned expansion of the capacity of OEMs and vendors, achieve competitiveness, encourage technology enhancement, and achieve further localization and possible integration with the global value chain. However, AIDP did not yield desired results due to lack of implementation in letter and spirit. Some of the salient reasons were lack of government funds to meet the programme parameters, as Technology Assistance Funds, HR development funds, machinery funding were not provided. As many as 49 fiscal interventions were made during the period inducing uncertainty. Conditions laid down for new investors in new investor’s policy were not attractive. The suggested tariff rates in the plan were not implemented on one pretext or another.

In 2016, the PML-N government came out with Auto Development Policy 2016-2021 envisaging development plans for the auto sector to facilitate higher volumes, attract investment, ensure a level playing field for competition and offer higher quality in-line with emerging opportunities within the country and in the region.

The policy was discriminatory against the existing OEMs in the country and did not offer anything to auto parts makers. The provision of Funds for Technology Assistance and HR development were also withdrawn. The policy provides consistency and predictability for new investors with a mid-term policy review mechanism to cater to emerging developments to increase production of automotives by 2021.
The Ministry of Science feels that the localization levels in cars and LCVs, motorcycles and tractors are satisfactory at the volumes that they are being produced. In the buses and trucks localization is low because very low volumes are produced. Similarly in case of SUVs the volume is low and thus the localization is low as well.

Because the models of cars change every five years volume are critical to increase localization. With each change in model beside the design, the technology is changed as well, which requires substantial investments of billions of rupees. In tractors and motorcycles as models do not change radically if at all, thus more localization is possible due to higher volumes.

The Ministry said there are not enough Technical Assistance Agreements (TAAs) or Joint Ventures (JVs). There is a need to do much more in auto part making. The technical fees and royalties that we pay are a fraction of what Malaysia, Thailand, Vietnam and India pays. Even that is taxed by provincial and federal tax authorities.

There is no indigenous vehicle manufacturer in Pakistan. Some attempts were made in the past as by Nishan (Late 70s) Proficient (mid 80s), Trans mobile (early 90s) and Adam Motors (mid 90s), but for various reasons could not be sustained.

KIA Picanto booking to begin next week in Pakistan