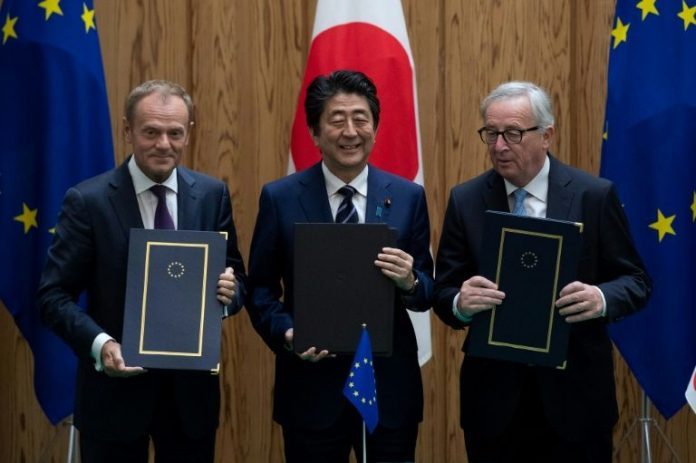 Japan and the EU signed a sweeping free trade deal on Tuesday saying they were sending a “clear message” against protectionism, as Washington puts up barriers and threatens a trade war.

The deal signed in Tokyo is the largest ever negotiated by the EU and creates a massive free trade zone, eliminating tariffs for everything from Japanese cars to French cheese.

“We are sending a clear message that we stand together against protectionism,” EU Council President Donald Tusk said after the agreement was signed.