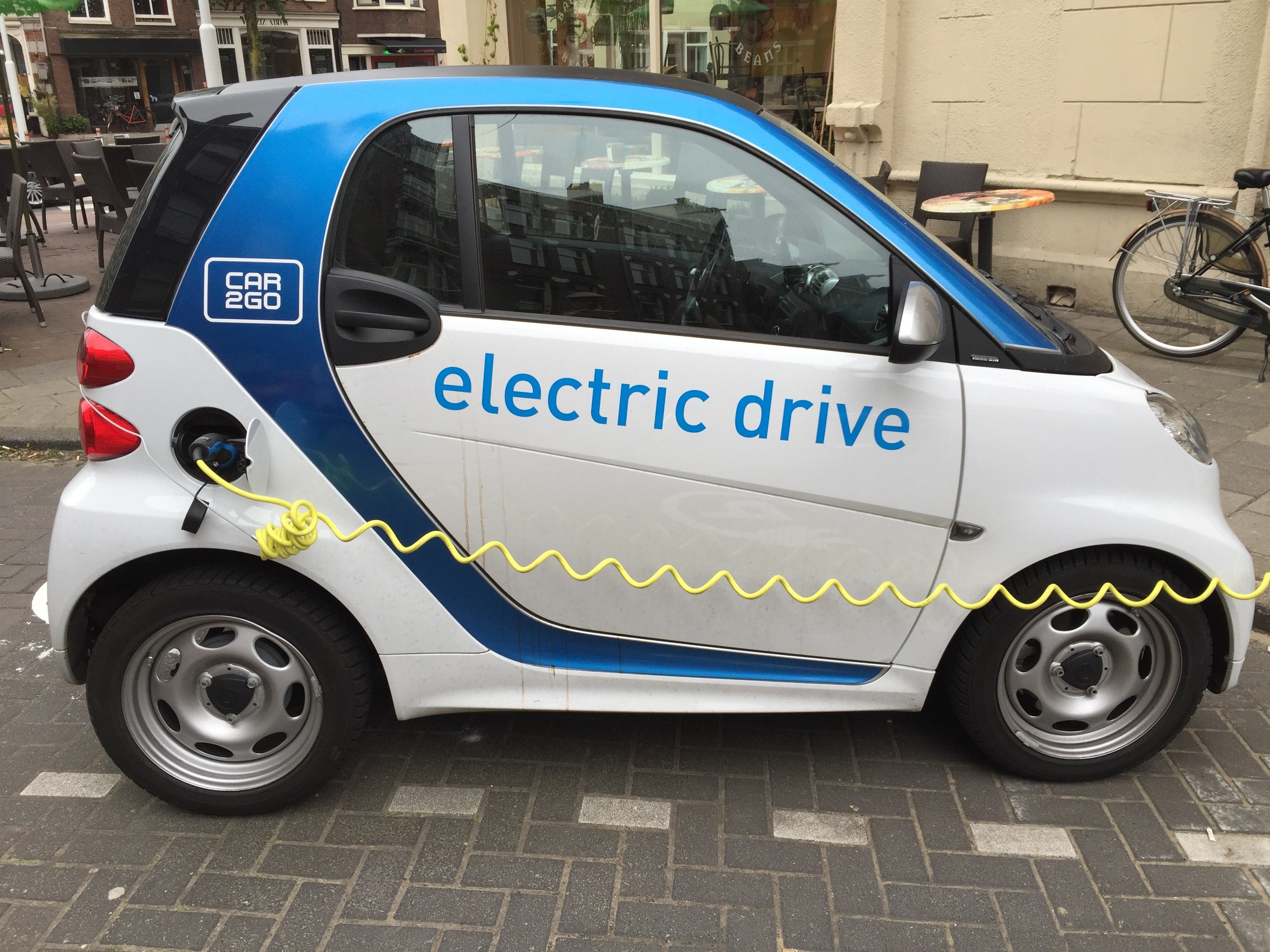 Introduced more than hundred years ago, electric vehicles (EVs) are seeing a rise in popularity today for many of the same reasons that made them first popular. Be it a hybrid, a plug-in hybrid, or an all-electric vehicle, the demand for EVs will continue to climb as their prices drop and consumers look for ways to save money on usage as well as maintenance. Currently accounting for more than 5 percent of new vehicle sales globally, electric vehicles sales could to grow to nearly 7 percent – or 6.6 million per year – worldwide by 2020, according to a report by Navigant Research.

Hybrid and Electric Vehicles emerged in the Australian, Canadian, the US, and most of the European market in 2010. Initially, people were skeptical of buying and adapting to this technology. Electric vehicles are now starting to make a presence for personal use and we can observe the use of renewable energy for electric power generation. But it ends there. The entire commercial world is run on oil and gas – trucking, temporary power generators, agriculture, and construction equipment, etc. If anyone thinks solar energy can power a bulldozer at this point in time, then they do not possess any true understanding of how much power we generate with existing models over the renewable sources. We will, however, see more electric vehicles used by consumers, but we have to be realistic, in every sense of the word. There is a big difference between powering a car, like a Civic or even a Vezel, and powering a truck or 18-wheeler. That may not be possible in the next three years.

With this growing interest in EVs, and with an increasing emphasis on fossil fuel reduction and carbon pricing worldwide, automobile manufacturers are swiftly shifting their focus on the research, development, and manufacturing of EVs.

Like most of the developing countries, Pakistan too has a strong market for hybrid vehicles, with Honda Vezel, Honda FIT, Toyota Prius, Toyota Aqua, and other such models having a significant presence on the Pakistani roads. Leading automobile manufacturers, including Super Power Motorcycles, have started introducing EV models with a wide range of prices, targetingcustomers of diverse income groups. One such model is pricedat PKR 600,000, which suggest that Pakistani manufacturers are willing to risk investing in this market segment. Several members of the international automobile industry (South Korea, China, and Japan) also believe that Pakistan is a high potential market for EV technology, and local businesses are collaborating with them to bring EVs in Pakistan.

The auto industry in Pakistan is also going through a major shift mostly due to the recently introduced Auto Development Policy 2016, which led to the entry of major international players in the Pakistani market, which included manufacturers and importers of hybrid and electric cars. However, the duties imposed on the imported EVs amount to almost 50%, which makes these cars difficult to afford for the majority. The Pirani Group had previously written to the Secretary of the Pakistan Chamber of Commerce, and had asked him to reduce the taxes and duties on Imported Electric Vehicles from 50% to 0-5% for the upcoming fiscal year’s budget, to ensure that the cars become more easily accessible and available for the Pakistanis to buy.

However, EVs present two major problems in Pakistan. Firstly, the severe shortfall of electricity and the frequent power cuts due to ‘load shedding’. Secondly, the consumer mindset and their reluctance to invest in EVs as compared to them investing in conventional fuel cars. Electric cars, despite demanding high maintenance once every few years, are extremely fuel efficient and save up significantly on fuel costs. It is high time that people are made aware of the use of electric vehicles in Pakistan, especially in urban areas, to decrease the carbon footprint. Although people have been intrigued by the idea of hybrid cars, they are majorly still reluctant to completely transform their garage into fully electric cars due to long driving hours, even within cities. The technology is neither cheap nor simple to construct.

EV producers, importers, and investors can explore the possibilities of making ‘charging stations’ in Pakistan, whilst setting up plants that produce auto parts for these EVs. As compared to 43,000 charging stations in the U.S, Pakistan has next to zero charging stations. Pakistan needs to start planning for charging sources EVs will use once they are launched on a wider scale. While Dewan Motors did take up the initiative and installed three BMW Hybrid and EV charging stations in Lahore last year, which draws power from the national grid,replicating the same kinds of charging docks all over Pakistan is going to add significant load to the country’s growing electricity demand.Working on sustainable charging systems for EVs is another way of limiting the increase in electricity demand that EVs will have a need for, but all of that would be considered once the future of electric vehicle in Pakistan becomes a little more certain. For now, we will have to wait to know what road electric vehicles will take in the future. Let us all hope that it is a road worth waiting for!

Volkswagen’s New Logo Will Be Unveiled at 2019 Frankfurt Motor Show...