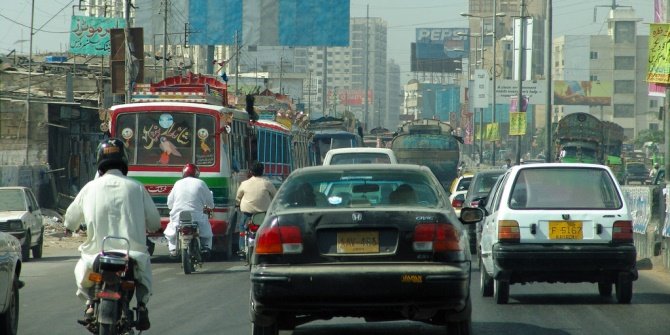 The Excise, Taxation, and Narcotics control department of Punjab has enabled dealers to register and to give license plates to new car owners in exchange for a small fee.

Meanwhile, the Sindh government is a decade behind in making any government system computerized. The manual systems seem to live on even in the 21st century in Sindh Government, creating problems for industries and citizens.

Sindh Excise and Taxation – Narcotics Control department collected Rs.5416.907 million Motor Vehicle Tax in the current financial year July 20019 to April-May 2020. According to the information given by the Provincial Minister of Excise and Taxation – Narcotics Control and Parliamentary Affairs, Mukesh Kumar Chawla, in a meeting that took place last Saturday.

Even then a new vehicle or motorcycle/three wheelers buyer faces a huge dilemma when he goes to register his vehicle in the Exercise and Taxation department ‘Motor Registration Wing’. He has to wait hours on end in the space outside the wing and then deal with hassles of registering the car manually. Even then there is a chance that he might not license plate for his car in upcoming few years.

On the other hand, Excise Taxation and Anti-Narcotics department of Punjab has introduced the Dealer Vehicle Registration System (DVRS). In this system, the dealers who have been in the auto industry for more than three years will be given license under the Punjab Motor Vehicle transaction Licensees Act 2015. This license will enable those dealers to access to Motor Transport Information Management System (MTMIS) Centralized System.

The licensed dealers will take the registration fee and a fixed convenience/service charge from the customer, register the vehicle in the MTMIS system, and issue customers the license plates on the spot. The cars which are locally assembled can be registered imported cars and commercial vehicles will have to follow the manual method.

The dealers who will be given the license will have to deposit dues of the government, entre data of car and car owner in the MTMIS system, and deliver the registration documents to the department after posting challan to concerned MRA.

The dealer will also be responsible for maintaining a record for five years and make it available for an audit anytime needed. There should be no violations of laws, which could be giving anyone the authority to use the system and withhold information that should have been conveyed to the concerned party.

“The Government should also seriously consider to implementing online motorcycle registration system at Sindh Excise and Taxation department as like province of Punjab has already done.” said Chairman Association of Pakistan Motorcycle Assembler (APMA), Mohammad Sabir Sheikh, while talking to Automark representative. He further said that “having a system like DVRS could make our lives much easier. We appeal Sindh government to take this step and make the system better.”

With this system, the Punjab government has dealt with unregistered cars, and the Sindh government could do the same.

There wouldn’t be a problem of non-issuance of number plates with dealers given the right to issue license plates.

The Taxation and Narcotics Control Department, on hearing of the petition on 11 March 2020, was ordered by Sindh High Court (SHC) to give license plates to all the car owners who registered their cars but failed to get their plates.

It should be noted that the excise department has issued no number plates in the past two years. Over 200,000 to 300,000 vehicles owners are waiting to get their license plates according to the petitioner’s counsel, Advocate Asim Iqbal.

Introduction of Dealer Vehicle Registration System (DVRS) will not only benefit the dealers, buyers but also the excise department, which at present is lacking in doing its job.