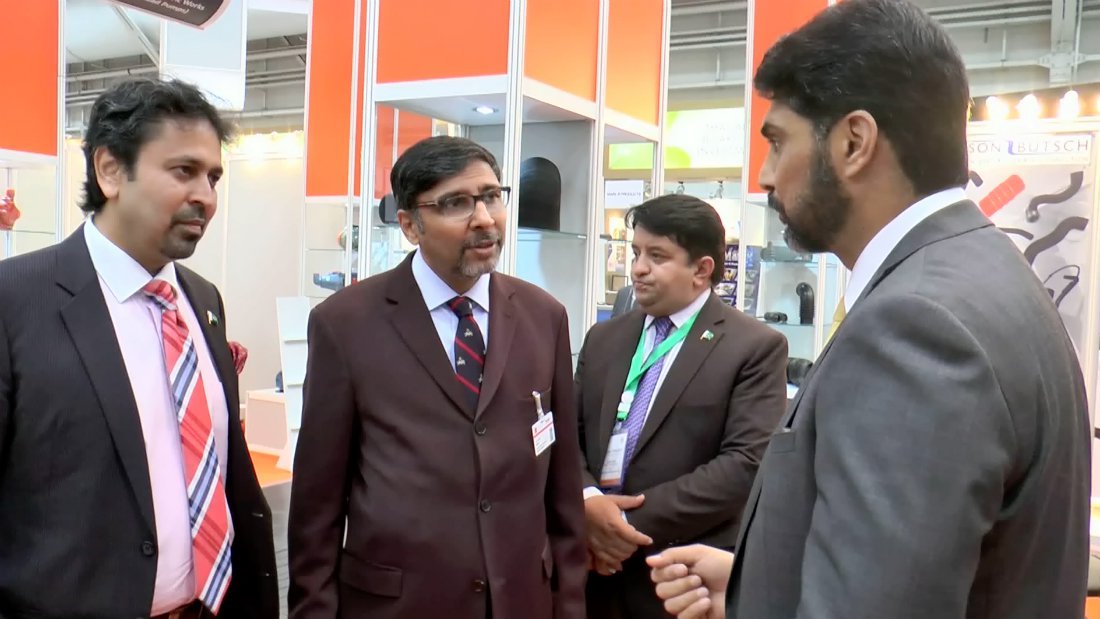 Darson Industries Pvt Ltd Wazirabad, manufacturer of automotive rubber hose pipes and rubber moulded parts signed a collaboration agreement with Butsch GmBH Germany for sales of automotive rubber products to vehicle manufacturing industry in Germany and other European Countries. Mr. Thomas Butsch, CEO of Butsch GmBH, a leading company in Europe which had 12 million Euro Turnover in 2015-16 and Mr. Abdul Hamid, CEO Darson Industries signed the document at Pakistan Pavilion in Hannover Messe 2017 organized by Engineering Development Board (EDB) in collaboration with commercial office, Embassy of Pakistan, Berlin.
The signing ceremony of the agreement between Darson and Butsch was presided by H.E. Jauhar Saleem, Ambassador of Pakistan in Germany. Mr. Jehangir Mushtaq Virk, Commercial Councellor Berlin and Mr. Asim Ayaz organizer of Pakistan Pavilion from EDB´s side also witnessed the ceremony as official observers. Under the agreement, Darson will be the manufacturing hub while Messrs Butsch will act as holding, distribution and customer services representative in Germany. The Darson and Butsch synergy will provide Darson with in roads to the European Auto makers. Darson and Butsch will together develop the products and place them in serial production.

Chairman, Pakistan Association of Automotive Parts and Accessories Manufacturers (PAAPAM), Mr. Mashood Ali Khan, who is participating in Hannover Messe 2017 as an organizer of group participation from PAAPAM, highlighted that promotion of engineering sector needs efforts on long term basis. The Darson-Butsch collaboration is an example of the continued participation which will increase the confidence of German and other European Buyers on Pakistani Auto Part Manufacturers as well. Chairman PAAPAM appreciated the continuous efforts of EDB which have resulted in converting opportunities into real business.
The ambassador congratulated representatives of both, Darson and Butsch for entering into a new business relationship. He also lauded the efforts of EDB for promotion of engineering sector and emphasized that Pakistan can only enhance its exports significantly through enhancement of engineering exports. He appreciated EDB for its efforts and urged that Pakistan´s Engineering Sector should be supported on long term basis for market development initiatives such as support for participation in engineering trade fairs.
#automark #pakisan #germany #hannover