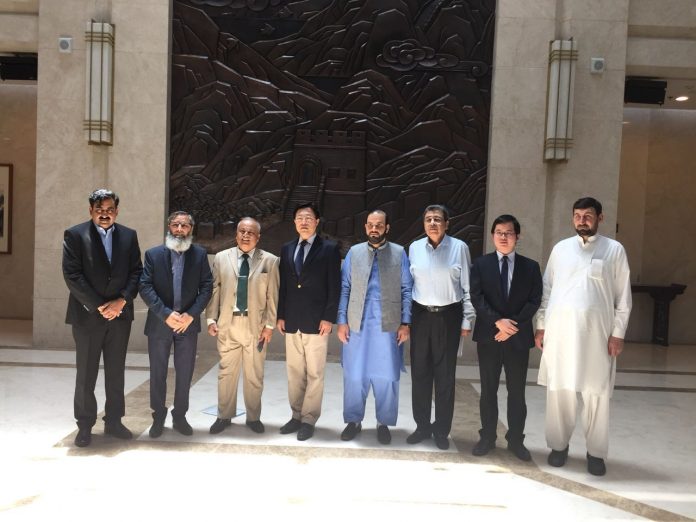 New entrants who qualified as Greenfield investors as per new auto policy 2016 – 21, are facing hurdles and delays mainly due to disbanding of Engineering Development Board (EDB). EDB was formed in 1995 when hardly 10-15 per cent of parts for passenger cars were produced locally.
A delegation of the new entrants of automobile industry especially those assemblers who are co-operating with Chinese automobile manufacturers met with Mr. Mian Asad Haya-Ud-Din, the Secretary, Ministry of Industries and Production on Monday 25th June 2018 at Islamabad to discuss the problems they are facing in the automobile industry.
“Today this figure has touched 70pc”, Similar trends were witnessed in case of motorcycles, trucks, buses and tractors. The industry achieved these milestones only due to one window facility to address the all problems of OEM by the EDB. Unfortunately, the federal cabinet on last week upheld its earlier decision to dissolve the
Engineering Development Board.
During the meeting, Secretary Industry informed the delegation that ministry has been urged to review the earlier decision regarding disbandment of the Engineering Development Board, as that step would adversely impact the industrial sector with deleterious long-term consequences and collateral damage to the nascent national innovation system but the cabinet maintained its earlier decision to dissolve the EDB.

The salient features of the agenda for the meeting were as under:
1. One window role of EDB to continue as Policy has been announced already for 5 years, EDB’s functions of policy as well as the tariff to the extent of the auto
sector should be retained by MoIP.
2. The confusion about the validity of policy period.
3. Is there a deadline for a new entrant to change their business plan in case there is a discontinuation of a model or an addition of other models?
4. In case of force majeure, a company may be allowed to alter its plan at any
stage during the policy period.
5. Import of used cars hurting the entire industry especially the new entrants. Surveillance through Commerce Division should be ensured for proper use of Import Policy schemes by the expatriates.

The Secretary Industry assures to the delegation the one window facility for the Greenfield investors shall be continued in any circumstances i.e whether EDB will function or totally disband. Furthermore, he also advised the delegation to submit their proposal in writing jointly and MOIP will cooperate at all levels.