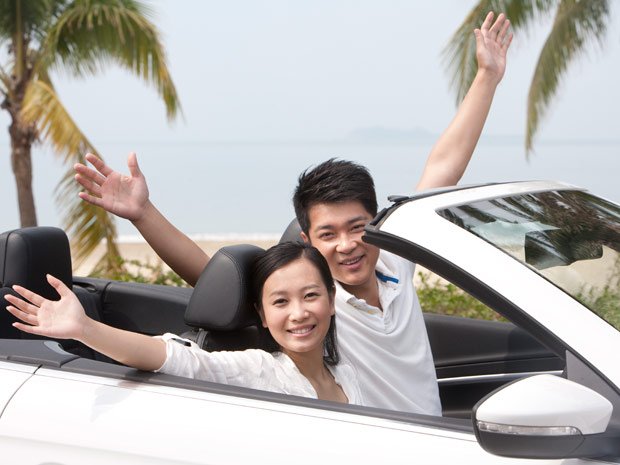 A poll released today suggests that driverless cars appeal most in China and India and least in Japan, with English-speaking countries—the only comparison group—taking the middle ground.

The Japanese position at the bottom and India’s near the top are strange. Could Japan’s reputation for robo-philism be unjustified? Was the survey—conducted online—unrepresentative of opinion in China and India?

In their paper on the survey, authors Brandon Schoettle and Michael Sivak, of the University of Michigan, address the second question. They argue that “though the respondents in these two countries may not be representative of the overall population, they are likely to be representative of those individuals who would comprise the initial market for autonomous and self-driving vehicles in these countries.”

Here are some key numbers. Respondents who were “very interested” in having a totally self-driving car peaked at 47 percent in India (a little ahead of China) and cratered at 8.5 percent in Japan. The median respondent (that is, the one at the 50th percentile) was prepared to pay US $1600 extra for such a car in China; the sum was just a tenth as much in India, and precisely zero in the other four countries.

To probe the minds of possible early adopters, the pollsters list the premium that the 75th percentile would pay: $8,000 in China and $2,350 in Australia, with the U.S., Britain and India coming in a few hundred dollars lower. In Japan, these 75th percentilers would pay a paltry $465.

So how to explain Japan’s apparent coolness to autonomous vehicles? Maybe its reputation for liking robots has been exaggerated. Maybe one’s attitude to robots is irrelevent to the decision to buy them. Or maybe the Japanese are simply further along the famous Gartner hype cycle than we are; maybe they’re standing where the rest of the world will be, soon enough.