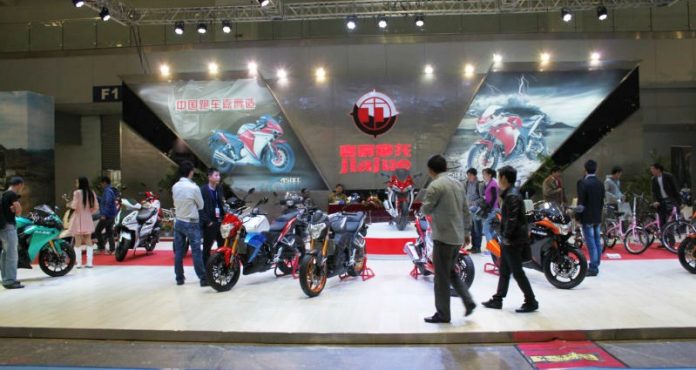 The 17th China International Motorcycle Trade Exhibition (hereafter referred to as CIMAMotor 2019), the largest motorcycle exhibition in Asia, will be held on September 20-23, 2019 in Chongqing, China.

CIMA Motor has been held annually since 2002. Says CIMA Director Wei Wang, “It has become the world’s largest event focused on commuter motorcycles, and one of the most significant in the motorcycle industry worldwide.”

CIMAMotor, as one of the most important platforms for new product launch in the industry, will spare no efforts to strengthen its position not only as a platform for brand displaying, product trade, technology transfer and information releasing, but also a platform for innovative products representing the future trends of energy saving and environmental protection.

It also offers the opportunity to meet exhibitors identified through the event’s website face-to-face; as well as support throughout the importing process. The trade shows features extensive new motorcycle products and cutting-edge technologies to visitors, and depending on word class hardware condition of the venue, CIMAMotor also set up professional experience space for crossing-country, training skills, and testing drive. In order to add visual interest and participation to visitors and making experiential motorcycle exhibition, CIMAMotor is going to open up motorcycle experiential and interactive zone, motorcycle stunt wards, second-hand motorcycle trading zone.

At present, international luxury motorcycle manufacturers have entered the main markets in China and domestic brands are on the rise. Having been successfully organizing motorcycle riding and other cultural activities for several years. To show the vitality of China motorcyclists, CIMAMotor sinvite foreign motorcycle tour operators from famous motorcycle touring destinations to join in the exhibition. They will meet with more than 300 motorcycle clubs and provide numerous tour choices for nearly 20,000 motorcycle enthusiasts at CIMAMotor.

An entire agenda was set in order to guide the members present as to what events were to take place at what time. For example, few of the several topics discussed is as follows:

Mr. Wang adds: “The dynamics of the market position, and the rapid rise of the Chinese motorcycle industry are showcased at CIMAMotor. This show is China’s number one domestic and international platform. Its unmatched scope of brands, vehicles, technology, electronics and accessories, as well as business opportunities, make CIMAMotor is the destination of choice for manufacturers and buyers.”

“CIMAMotor is the first stop, and ‘one-stop’ for anyone who wants to discover and engage with motorcycling in China. The past three decades have seen exponential progress in an industry that is poised to raise its game to the next level. The opportunities and challenges are unique, and the potential rewards for business partners, considerable. As CIMAMotor wishes to help turn those challenges and opportunities into success, we welcome international visitors as our honored guests.”

International journalists were also invited to this auspicious event. Automark’s Editor-in-chief Mr.Hanif Memon has also been part of the media team.

CIMAMotor focuses on everything about motorcycles. After being fostered for several years, it has become a reliable promotion platform and strategic partner of the exhibitors.

CKD Vs SKD operations of Auto Sector in Pakistan