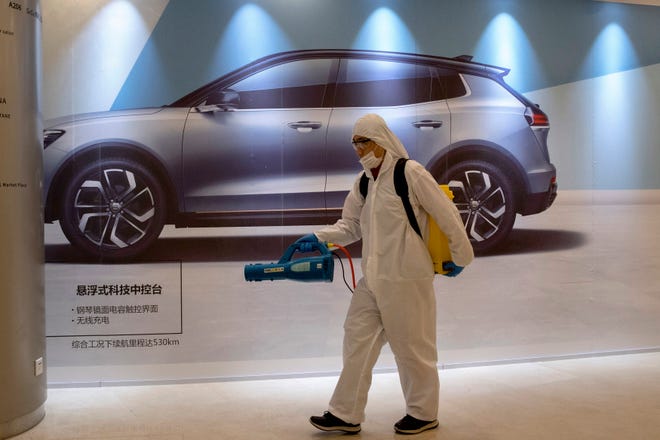 Is this a sign that China is on the road to recovery?

So far this year, the Geneva and Detroit Auto Shows have been canceled outright due to the novel coronavirus pandemic. June’s 2020 Goodwood Festival of Speed has been postponed, as has this month’s New York Auto Show, now rescheduled for August. Organizers of fall’s Paris Motor Show are still hoping to hold some charity events, but the show itself is canceled. But the first international auto show to be put on hold was the Beijing Motor Show, also originally set for this month. And now its organizers have officially set a new date.

The show will now run from September 26 to October 6 and will be held at the same location, the China International Exhibition Center. There’s still no word whether all or just some of the automakers originally signed up will have displays this time around. For example, an electrified version of the Maserati Ghibli was originally set to premiere, but we should be finding out relatively soon if this is still the case.

The official Beijing Motor Show website has yet to reveal an updated floor plan or list of attending automakers. There are a few reasons why automakers might still be undecided. Attending auto shows is normally a very expensive affair. Display stands, sponsoring media events, and flying in executives amounts to millions of dollars. With production lines currently grounded and sales in a sharp decline because of coronavirus, it would be perfectly understandable for brands to cut costs wherever they can. Hosting online live streaming debuts has already proven to be a significantly cheaper alternative to a traditional auto show.

Based on the current low infection rate, Chinese authorities believe life will be back to normal within the next few months, and it’s not alone with this prediction. Volkswagen stated last week it expects sales in the world’s largest car market will quickly recover. Signs of this recovery have already happened as last month’s Chinese market sales were already a significant improvement over February’s tally. Several Chinese production plants have also restarted operations, including Fiat Chrysler, Ford, and BMW. Production of the all-new Polestar 2 is also now up and running.

Obviously China will still need to maintain a high level of caution regarding overseas media. Not all countries have yet to achieve the coronavirus suppression level China has and it’s still unknown whether they will or not by late September. More than likely, China will need to enforce strict monitoring measures for overseas guests.

United Bravo launched with price tag of Rs. 8.5 Lac in...