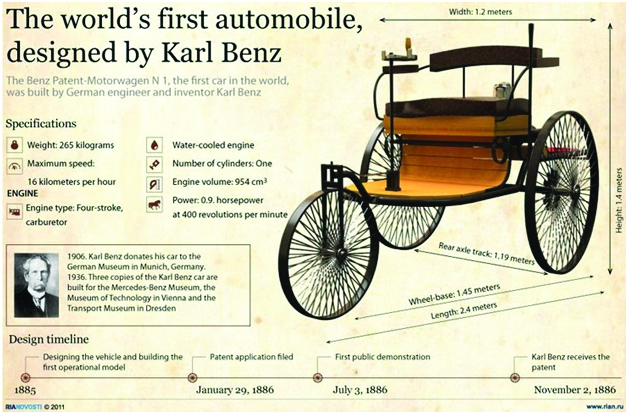 Most of the Automobile concerns might know that the Registered Journey of Automobile started from UK back in 1860. Most of the intellectuals worked on the development of a successful Vehicle which could serve the need of the time. As the Journey Started from UK it went on in West (US), Europe (France & Germany), Asia Pacific & so on. Only successful Brands were heard whereas many merged into renowned brands or role down their private projects.

Automobiles successful Market has been revolving from UK, US, Germany, France, Japan, Korea & Now CHINA / Asia Pacific. Companies more or less have been learning from Top seller’s success stories. Almost every follower enhanced features & technology in-accordance to market demand by the passage of time. Companiesfocusing on R&D made it in the top Club of Big producers / sellers.

Today’s Automobile Companies are focusing on innovation based on mainly Safety, Comfort, Luxury& Economy.  There was a time when vehicles were sold through huge advertisements whereas now a days vehicles are sold based upon its Reputation / customer experience of Dealership & Product it-self.

This is the list of the 15 largest publicly-traded car manufacturers by market capitalization as of 23 January 2021, according to CompaniesMarket.

By Chinese Companies out of China.

Daimler AG and BYD Auto have a joint venture called Denza, both companies hold a 50-50% stake.

The above information has been gathered from different Media sources, Hence any variation in stated information is regretted in Advance.