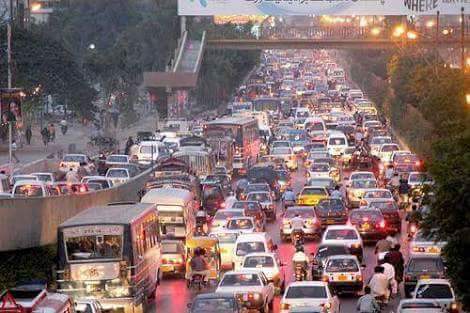 In March, earlier this year, the government approved a new automobile policy, which offers benefits exclusively for new entrants in the market, including tax incentives, in a bid to aid them in establishing manufacturing plants in the country.
The new auto policy includes the following features:
• One-off duty-free import of plant and machinery for setting up an assembly and manufacturing unit;
• Permission to import 100 vehicles, of the same variants, in the form of completely built units (CBUs) at 50% of the prevailing duty, for test marketing after the project takes off.
• Reduced 10% customs duty on non-localized parts for five years, in place of the previous 32.5% for the new investors.
• For existing investors, the duty will be reduced to 30% from July;
• Localized parts can be imported by the new entrants at 25% duty, as compared to the current 50% for five years.
• For existing players, the duty on import of localized parts
will be brought down to 45% from July, 2016.
The new automotive policy has, indeed, brought in solid interest from foreign as well as local companies, to invest in the automotive sector, with German automotive giants BMW and Audi AG, and French automakers Renault already planning on launching locally-produced cars in Pakistan. On the domestic scale, Yunus Brothers and Kia Motors will also set up auto-assembly plants in the country, whereas Dewan Farooque Motors Limited has applied for resuming vehicle production at its closed unit.
Additionally, the National Logistic Cell has shown interest in investing in the automotive sector in collaboration with Germany, while several Chinese automobile manufacturers and assemblers are also keen on establishing vehicle manufacturing plants in Sindh.
All this foreign as well as local investment in the automobile sector is, undoubtedly, good for Pakistan’s rapidly growing economy. However, it remains to be seen if these European automobile giants do actually enter into the oscillating Pakistani automobile market, and how well they perform should they start manufacturing and launching newer and more expensive brands into the market.
Some questions, however, remain unanswered: Do the people of Pakistan really need this type of transport? Are they ready to allow a larger number of cars on the already congested and heavily-jammed network of roads in the country? Are they ready to pay a higher price for their vehicles, considering
the present difficulties of everyday commute?
Unlike Lahore, Karachi has not been given much attention to in terms of development of infrastructure. Being the largest and, undoubtedly, the busiest city of Pakistan, the people of Karachi have to go through hours of traffic standstills every day because of blocked roads, unattended traffic diversions, and the ever-increasing number of cars and motorbikes. The absence of a mass transit system and a network of good roads has forced the people to revert to smaller modes of transportation, such as motorcycles, and the poor public transport system of minibuses, auto-rickshaws, and taxis, all of whom are key culprits in the worsening traffic situation of the city. The increasing capital inflow is, without a doubt, beneficial for the country’s growing economy, but the solution of the problem does not lie in the inflow of cash. The problems lie much deeper and it would take much more than foreign investment to correct them.