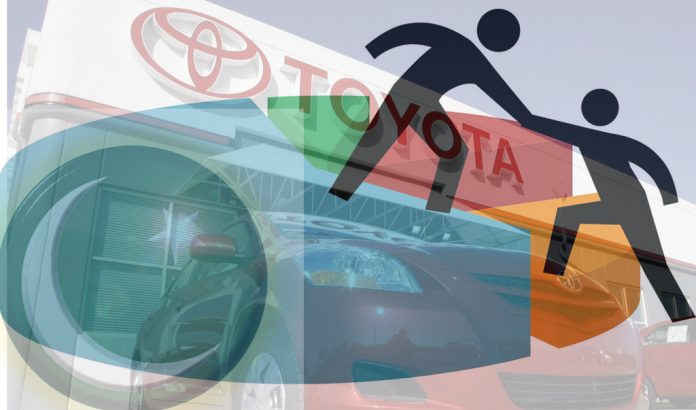 Indus Motors to extend help to their vendors to bear the impact of the 40-day countrywide lockdown that is most likely to extend beyond May 7. Not just enhancing the capability on manufacturing the parts during and after the lockdown, its retail finance arm for easier liquidity.

Indus Motor Company (IMC) in a recent memo announced that they will be giving out a short-term interest-free emergency loan to the vendors so that they can have a bit of liquidity in the lockdown period. According to the memo, the loans will be from May 2020.

The Covid- 19 has disrupted the lives of people around the world even those living in the most stable countries. Pakistan as a developing country has to put in double the effort to support the economy

Among all industries in Pakistan, the auto industry has been hit hard. However, the assemblers have come forward and lent a hand to the vendors. IMC said that they consider the Vendors a part of their family and understand the hard times they might be facing.

Speaking to Automark Magazine editor, about this recent announcement Mashood Khan, the ex-chairman of PAAPAM; Director of Mehran Enterprise (parts manufacturer) & vendor of IMC; said “We highly appreciate the financial support given to the vendors. Indeed we face an acute financial crunch which will hopefully be resolved by this step of management.”

He also said that the vendors also tried conveying their issues to the government to get some sort of relief but their woes were dismissed and unanswered.

Lastly, he said “We hope other OEM including Chinese OEM assemblers will take the same step to support the vendors and urged the vendors to not exploit the offer rather respects it.”

HOH under the leadership of late Mr Ali Habib has always looked after it’s suppliers and vendors as a family. It is nice to see that the legacy continues. Another vendor says

The Indus Motor company plants were shut down on 23rd March 2020 following the government announced lockdown. The memo announcing the shutdown expressed support to the government’s effort to control the spread of Covid-19 and no reopening date was given.

The company also announced in another public notice that the delivery of the cars will be delayed; the notice also said “Due to the international economic conditions and the fluctuation in the FOREX index, regretfully the prices of our products and vehicle range are being revised. The new prices will not affect any full payments made however if a customer requires a refund, they may approach our Customer Assistance Center (CAC) which will process a complete refund without any penalties or deductions.”

Hence we can expect a rise in the price of the newly introduced Toyota Yaris which was only softly launched in March at the IMC Karachi plant.

The pandemic has affected industries around the world but for an already struggling Pakistan Auto Industry things seem to be getting worse. Only time will tell what will be the losses and effects of the lockdown – once things go back to normal.