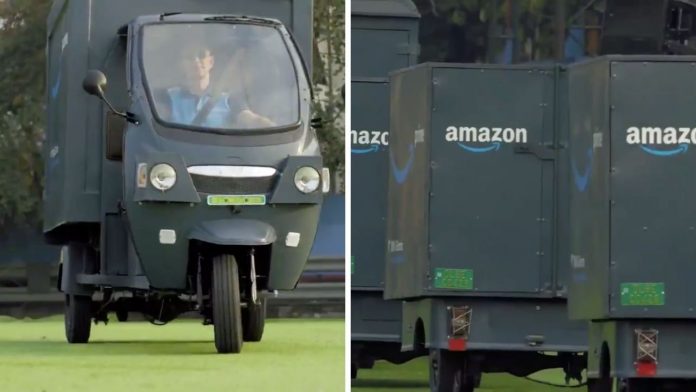 As it gears up for a big push into India and a wider pursuit of climate neutrality, Amazon has announced plans to deploy 10,000 electric delivery rickshaws across the country. The move follows successful trials in Indian cities in 2019, as the company also commits to new investment and job creation in the world’s second most populous country.

This pledge commits the company to being completely carbon neutral by 2040, and its announcement was accompanied by news that Amazon had placed an order for 100,000 electric delivery trucks from automotive startup Rivian.

The 10,000 electric rickshaws it will deploy in India are in addition to that, with all hoped to be in operation by 2025. They include both three- and four-wheeled vehicles that have been designed and built in India, and will become operational in more than 20 cities by the end of 2020.

“At Amazon India, we are committed to building a supply chain that will minimize the environmental impact of our operations,” said Akhil Saxena, Vice President of Amazon’s Asia Operations. “The expansion of our Electric Vehicle fleet to 10,000 vehicles by 2025 is an integral milestone in our journey to become an energy efficient leader in the industry. We will continue to invest in the electrification of our delivery fleet, thereby reducing our dependence on non-renewable resources.”

“The 21st century is going to be an Indian century,” Amazon CEO Jeff Bezos said last week during his visit to India, where he announced plans to leverage Amazon’s profile to help create a US$10 billion market for Indian exports by 2025.

All up, the company plans to invest $1 billion in local technology, infrastructure and logistics projects to help create one million new jobs in India by 2025. As it shares plans to scale up operations in the country, it is also placing a lot of emphasis on its environmental ambitions, which fit in alongside its so-called Climate Pledge announced back in September.