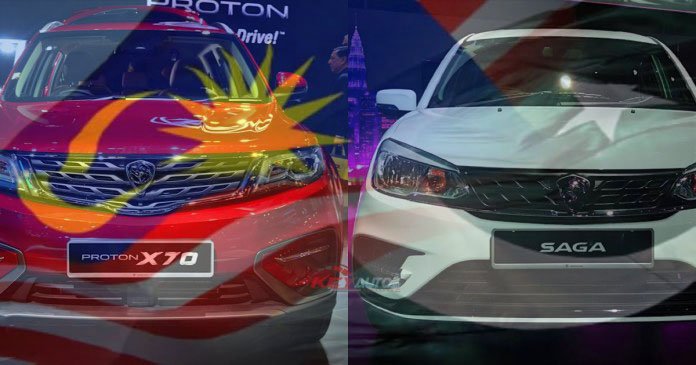 Malaysian auto giant Proton, which has collaborated with Al-Haj Automobile, the assembler of FAW automobiles in Pakistan, will be launching its SUV crossover X70 by end of this year along with a sedan named Saga.

An per news, company has confirmed that it will launch the two vehicles by the year end and initially, they will offer variants in CBU condition. The company will switch to local assembly by June 2021.

According to the news, the SUV crossover X70 will compete with Korean companies Hyundai and Kia by offering the car “with more features and lesser price”.

The Hyundai Tucson and Kia Sportage have 2000cc engines and the X70 has a 1500cc engine. But the official claimed its “1500cc turbo engine is much more powerful than the Tucson or Sportage engines”.

Proton has received a green-field status under the Auto Development Policy 2016-21. Under the status, new companies such as Proton, Kia, Hyundai, and Changan etc will be paying less duties compared to firms already operating in Pakistan such as Toyota, Honda and Suzuki.

The ADP 2016-21 policy ends in June 2021 and the models introduced by new companies, known as new entrants in the industry, will be considered for duty relaxations.

According to another source, all new companies will try to launch as many models as they can before the ADP 2016-21 policy ends.

It is expected that the government will roll out the new ADP next year for passenger cars with a focus on electric cars. The Electric Vehicle (EV) Policy has already been rolled out for two and three-wheel vehicles, trucks and buses.

The policy for passenger cars has not been given because the ADP 2016-21 has yet to end. The Engineering Development Board (EDB), the government’s wing that falls under the Ministry of Industries and Production, is reluctant to go against the running policy that assured new entrants that the new policy will not be given until the current ADP ends.

Why does Pakistan’s auto industry likes SUVs?
The addition of the Proton X70 SUV crossover will make it the fourth SUV to be launched in the category in the last two years, according to JS Global Capital research analyst Ahmed Lakhani. Regal Automobiles launched the SUV Prince Glory earlier this year and Changan is also gearing up to launch its SUV and a sedan before the ADP 2016-21 policy ends in June.

Lakhani says the industry finds high-end cars–expensive cars such as the Sportage, Tucson or X70–a lucrative segment. The Sportage and Tucson prices are in the vicinity of Rs5 million. It is expected that the X70 will be sold at around Rs4 million.

“I think it shows that the rich are becoming richer,” Lakhani said. “They have the buying power and they are buying. There’s not a significant demand for low price vehicles that may help companies earn on volumes.”