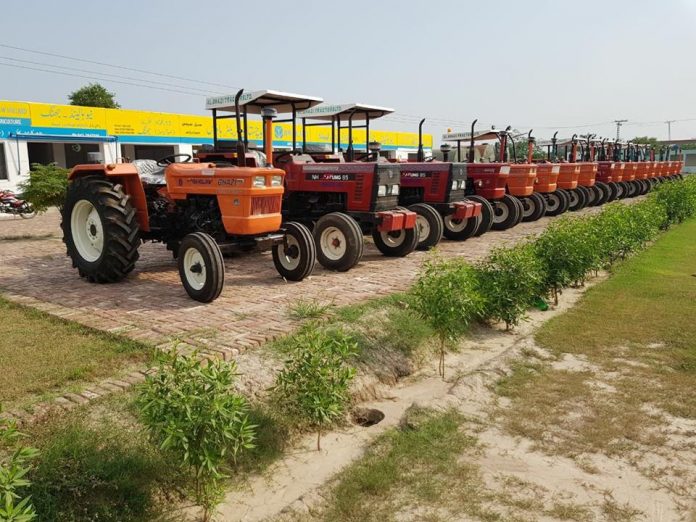 Owing to severe slowdown in the market coupled with massive Sales Tax refunds not being released by the Government, Al Ghazi Tractors Ltd. is at the verge of taking a bitter decision bringing the plant to a shut down.

The last four to five months proved quite challenging for the local tractor industry as being one of the lowest trends ever seen over the last few years bringing massive slow down while leading to considerable non utilization of capacity. It is to be noted that volume of sales declined by 30% during the second half of the year 2018 while comparing with the same period last year.

“We are barely surviving in the current situation,” said Al-Ghazi Tractors CEO Mohammad Shahid Hussain. “If the government does not immediately release the funds to tackle cash crunch, the plant’s shutdown may become inevitable.”

He said that the industry has been pleading the government to address the anomaly of input tax vs. output tax that leads to completely imbalanced and massive accumulation of refund claims which stand at around Rs.2 billion for Al Ghazi alone. “Serious attention is therefore needed with speedy action from government authorities to save us from irreversible damage,” he added.

“It is shocking to hear at this junction, that the government of Punjab is contemplating to import used tractors in Pakistan which would not only be a huge burden on our foreign exchange but also hurt the local manufacturers carrying inventory of Tractors,” said Shahid.

“Such a move at this point in time could only act as a catalyst to diminish the already ailing industry and will not only lead to negative repercussions for the tractor assemblers but will also cause considerable unemployment among parts’ suppliers,” he cautioned.

At present, thousands of people are engaged in businesses that supply parts and components for tractor assembly.

Honda will launch a small electric car in 2019